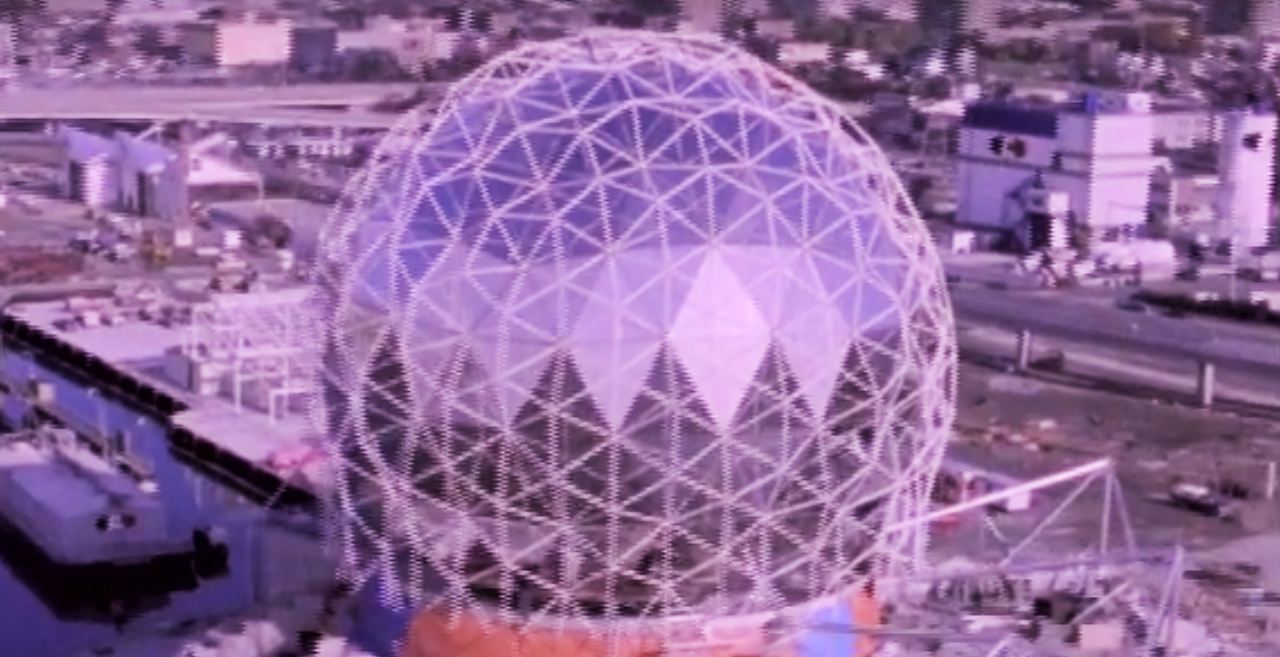 The Expo Centre, now Science World, under construction in the 1984 aerial footage of Vancouver (Vancouver Archives)

An awesome vintage video showing sweeping aerial shots of Vancouver in 1984 has emerged online – and it will make you hark back to our city’s pre-Expo 86 days.

Also featured in the 24-minute video are the Convention Centre and the Expo Centre (now Science World) under development, as well as the rest of the Expo 86 site.

And if you keep watching, you’ll also see log booms on the Fraser River, the Vancouver Airport, the UBC campus, an almost empty Lions Gate Bridge.

According to the Vancouver Archives, the film consists of raw footage of scenes of Vancouver used in the video postcard Vancouver – The World in a City.

It just goes to show, Vancouver has always been awesome, even if the world didn’t know it.