Dr. Cabbie, to be released Friday, September 19, is a comedy that follows the misadventures of young doctor Deepak (Vinay Virmani) after he finds himself unable to practice medicine in Canada and resorts to driving a cab. He is befriended by the fast-living Tony (Kunal Nayyar) and Simone (Isabelle Kaif), falls in love with the beautiful barista Natalie (Adrianne Palicki) and ultimately opens up a roving clinic in his taxi.

Virmani, who was also a writer on the project, describes his inspiration using a real story about a cabbie he met:

“It’s been a real special journey for me, I’ve had to wear many hats as a writer, as an actor, now as a producer. It started by taking a cab ride where my cabbie in his late 30s, a gentleman in his late 30s, was a doctor in India and, you know, it’s a story we hear all the time not only about doctors but lawyers, engineers, and whatever it may be, professors, but actually hearing it first hand on that cab ride home was really emotional.

Hearing how he retrained, and requalified, and how expensive that process was. How long it took and how he just could never find a residency that would take him to become a doctor and, you know, it was what he said that really kind of was the genesis of the idea which was that ‘I just came here to heal people and they won’t even let me do that.’ That really spoke to me, and then I began writing this idea for a young person’s perspective of this young man who has a dream in his life to become a doctor and when that dream is taken from him he doesn’t shut down he actually opens up a clinic in the back of his cab.” 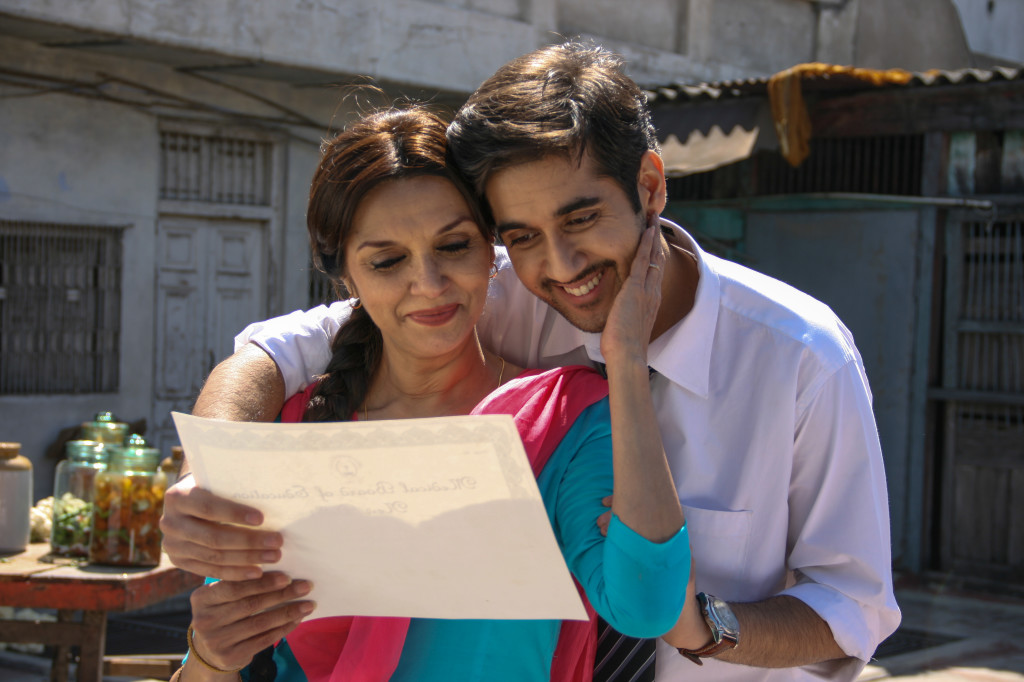 It’s very clear throughout the movie that Deepak’s father is very important to him, and Virmani confirms that is relevant to understanding him as a character:

What I find in most South-Asian families is that it’s like a passed-down legacy to kind of uphold that. So, the reason we wanted to make it that he’s so connected to his father, and that his father helped poor people, his father treated people beyond social standing, race, class, whatever it may be because those are the values that he instilled in Deepak in his journey. He brings elements of those values even to Canada. Part of the reason that he’s so determined to open up this cab clinic is because that’s the only thing he knows how to do. So he’s just trying to carry on his father’s legacy in some way.”

Although Dr. Cabbie is ultimately a comedy, Deepak’s mission is a serious one. Part of the way in which the movie maintains it fun and lively tone is through the characters of Tony and Simone. Kaif described the work that contrast did in the film:

“I feel in any film you need a little contrast in the characters, they can’t all be the same, and also I think Tony’s character helps to amplify the difference of Vinay’s character because he’s come from India, he’s a bit more strait laced, he’s a doctor, he’s a good boy, he wants to honour his father and provide for his mom. And Tony’s just this wild card, all over, and I think it gives a good sort of balance to the film.”

“She’s a really fun, spunky character, kind of sees what she wants and goes and gets it. I feel that her role in the film is to kind of tame Tony who as you see is the wild boy, the play-boy, very good with women – the opposite of Raj. So I feel like I’ve got to tame him a little bit, calm him down, centre him.” 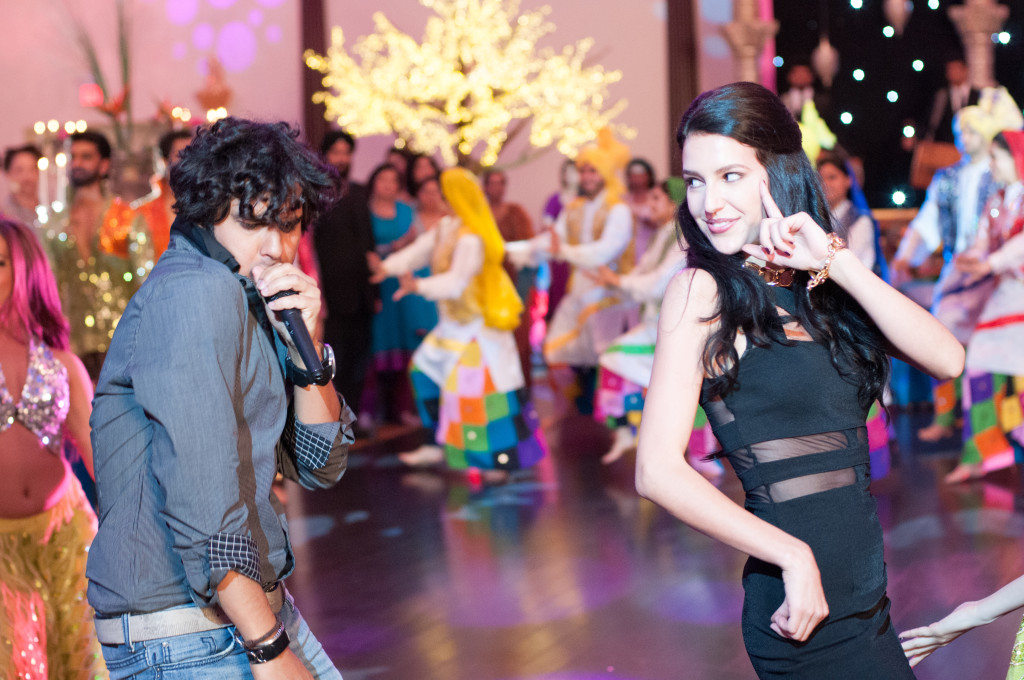 Virmani commented about Tony’s actor, who will be familiar to many of us as Raj from The Big Bang Theory:

“Kunal Nayyar is just great. He’s just such an amazing guy. We’re fortunate to have him as a co-star. Opposites really work, especially with me and Kunal, with Deepak and Tony. Usually in the business the fact that you have two actors, both leading parts in their own right, both South-Asian, both around the same age group so that could head for a bit of competition or whatever it may be. But me and him were so honest with each other and really bonded because we both had each other’s back. So I knew I was the straight man, I knew that I could not become Tony and Tony knew he could not become Deepak, so we were actually trying to complement each other by being so different and by giving each other the freedom and not stepping on each other’s toes. I hope that people enjoy Deepak and Tony.”

Virmani, who also wrote and starred in Breakaway (2011), had this to say about Canadian comedy:

“I think what defines Canadian comedy as a genre is the cross cultural element. I think the fact that we can all kind of poke fun at each other and because we’re very tolerant as a society, we’re very accepting, we’re actually very well versed in each other’s nationalities, which is amazing, and I think that a lot of that comedy comes from the fact that we can also be a bit quirky and poke fun at each other a little bit.” 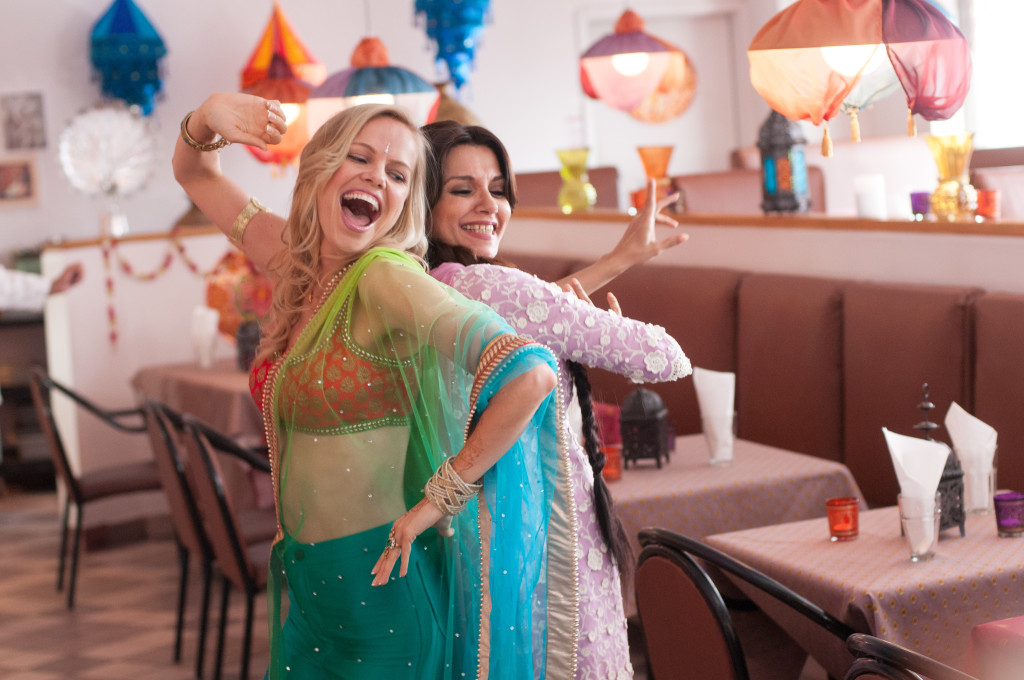 Dr. Cabbie is cross-cultural in part because of its use of Bollywood elements. “The Bollywood elements come from the music in the film, but wherever there are Indians there’s going to be some form of song and dance, right? It’s just what we do. It was our little ode to Bollywood.” However, while Dr. Cabbie is a cross-cultural film, Virmani explains that it is first and foremost a comedy:

“But you know, we’ve tried to make a bit of a hybrid in the sense that the film has a little bit of that mainstream edginess. Some of the humour is not as… Like, somebody walked out yesterday of the Calgary screening and they were like ‘It’s, uh, salty, man.’ That was all a conscious choice because I think sometimes these cross-cultural films can get very very straight, and very proper, and very kind of naïve and we wanted to bring a bit of an edge to it so even though the story is very heartfelt and it’s about something important, it has sweet moments, but you know we wanted to add a bit of spice to it and you know hopefully keep it a bit broader.”

Virmani commented about the experience of seeing the movie with an audience:

“We were watching it yesterday in Calgary and there were things that I never thought were funny and people were laughing and then more people start laughing and it’s really cool because it was such a diverse crowd – you know, you had Indians, you had white people, you had Asians, you had a whole diverse crowd and they were all picking different things that they found funny or emotional and it was so cool for us to see that.”

Kaif described the experience she hopes audiences have at Dr. Cabbie:

“I hope they’ve enjoyed it and they’ve had a good time, good laughs, and also that they come away feeling inspired with the social issues … addressed in the film, that there is something that can be done about it. You can treat the subject in an inspiring way.”

She hopes that people “come away feeling like they can make a difference.” 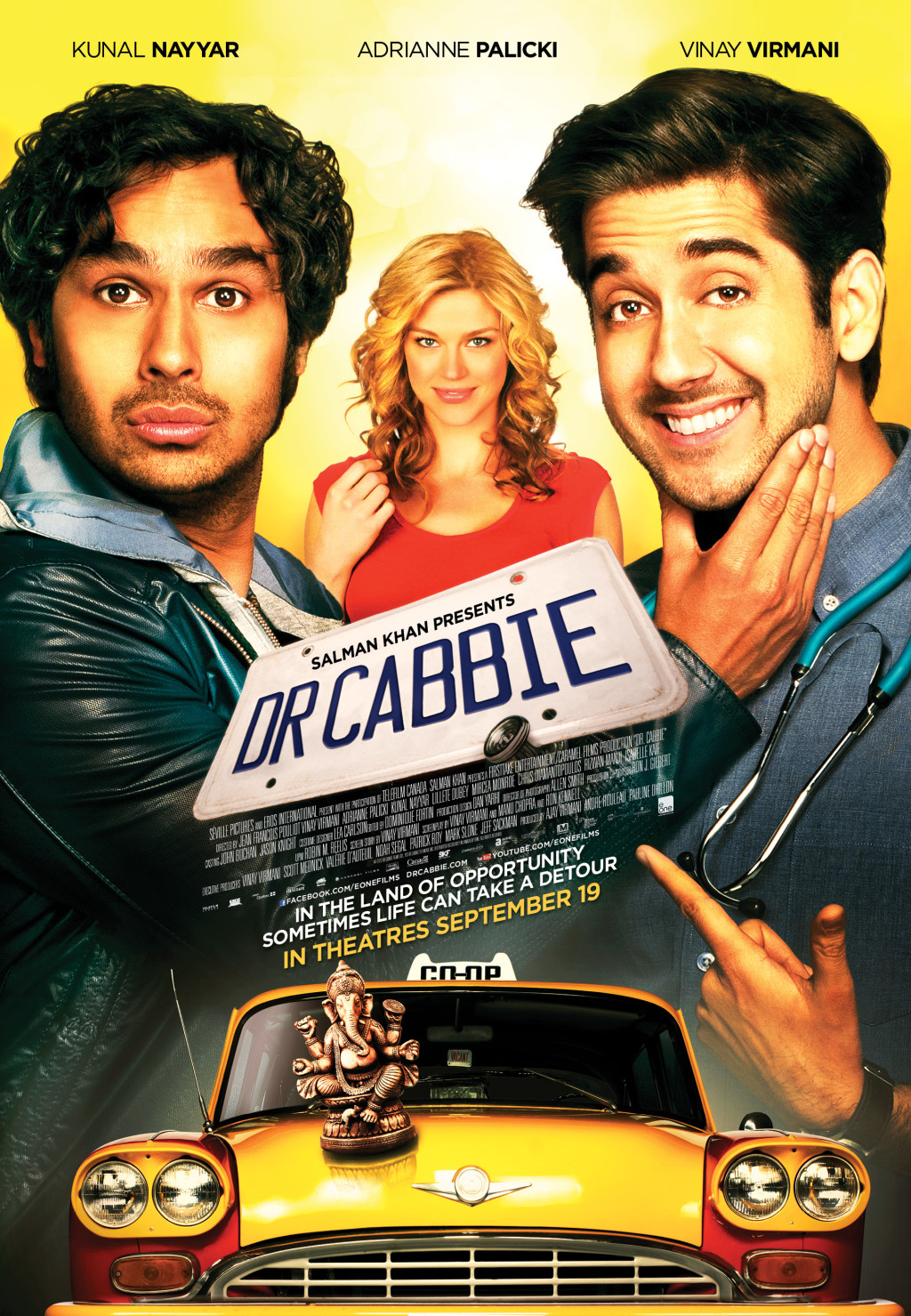