Just in time for today’s Vancouver Whitecaps FC home opener, BC Place Stadium will be dishing out a new and improved menu for spectators to indulge on.

BC Place and Centerplate, the venue’s food and beverage provider, is expanding their partnership with local celebrity chef Vikram Vij to bring new menu items and open up two new food concessions as well as a mobile food cart.

“I’m passionate about sharing Indian food and flavours with Canada,” says Vij. “So what better way to do that, than by pairing my love of food, with fans’ passion for our home teams, the Vancouver Whitecaps and the BC Lions.”

Complementing Vij’s new offerings will be a new stadium menu curated by Centerplate’s chef Will Tse.

A new specialty beer concession, The Thirsty Pigeon, will serve 20 different brews while other concession areas of the stadium will have varying options. Craft beers have been added to the mix, such as Steamworks Pilsner, Parallel 49 Filthy Dirty IPA, Central City Brewing Red Racer IPA and Stanley Park Windstorm. 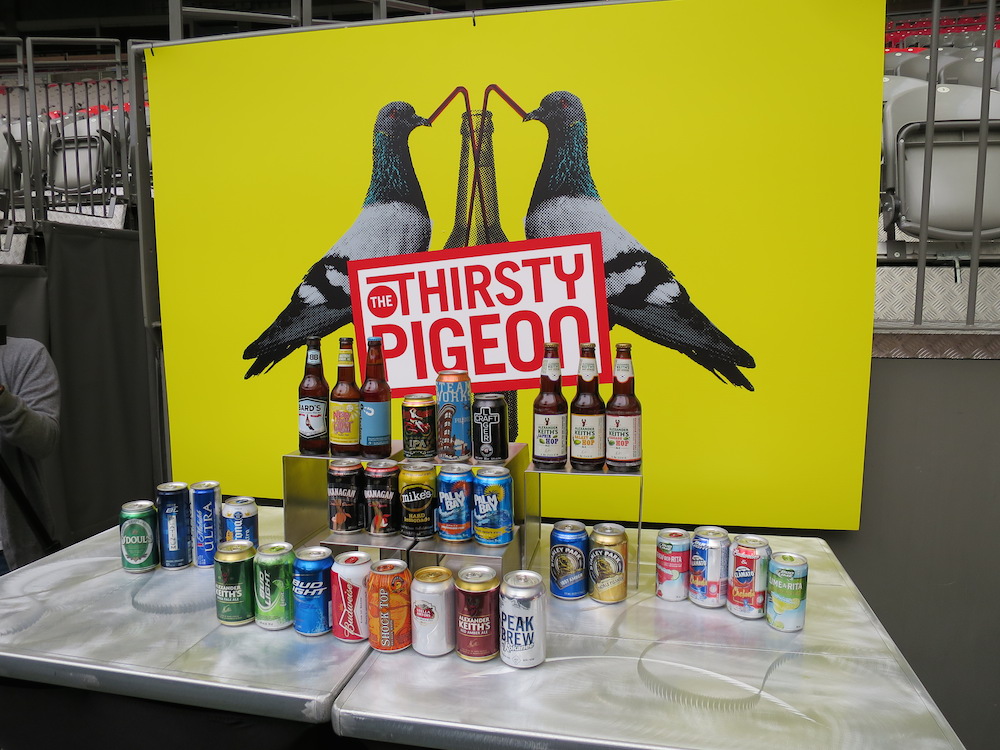 New BC Place Stadium concession food menu; fans can expect a wide variety items such as: 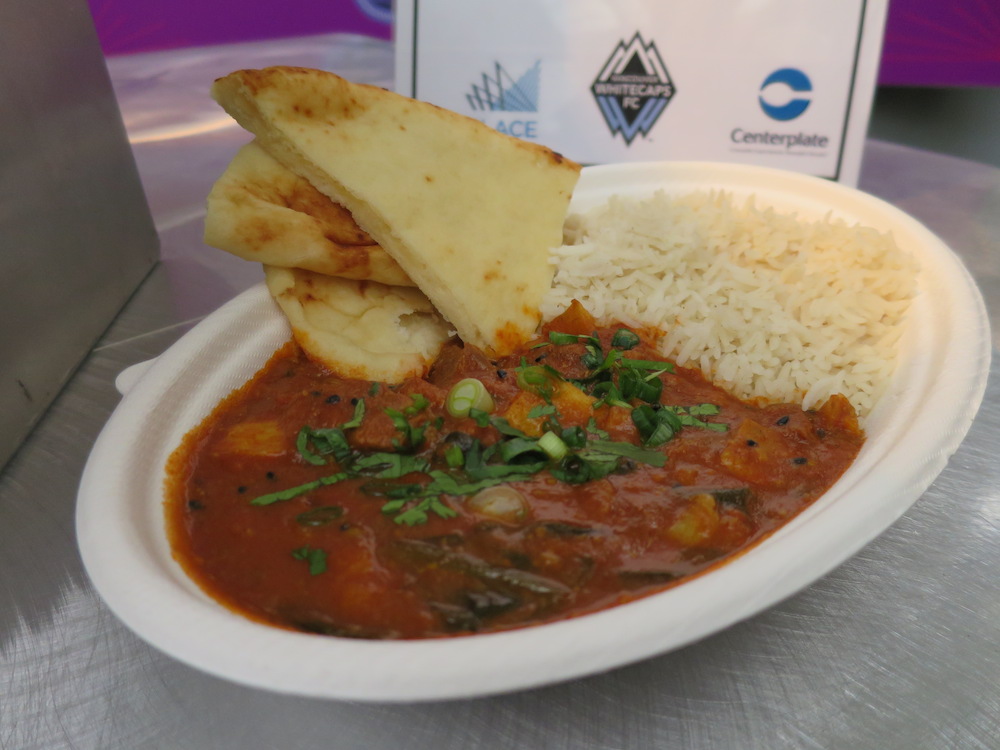 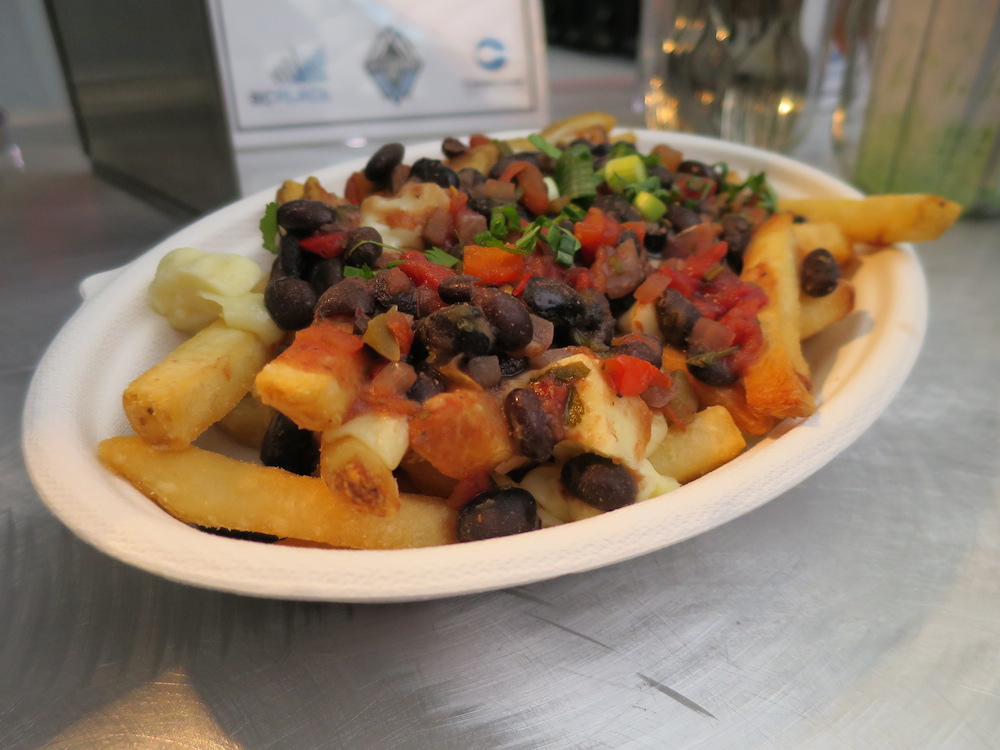 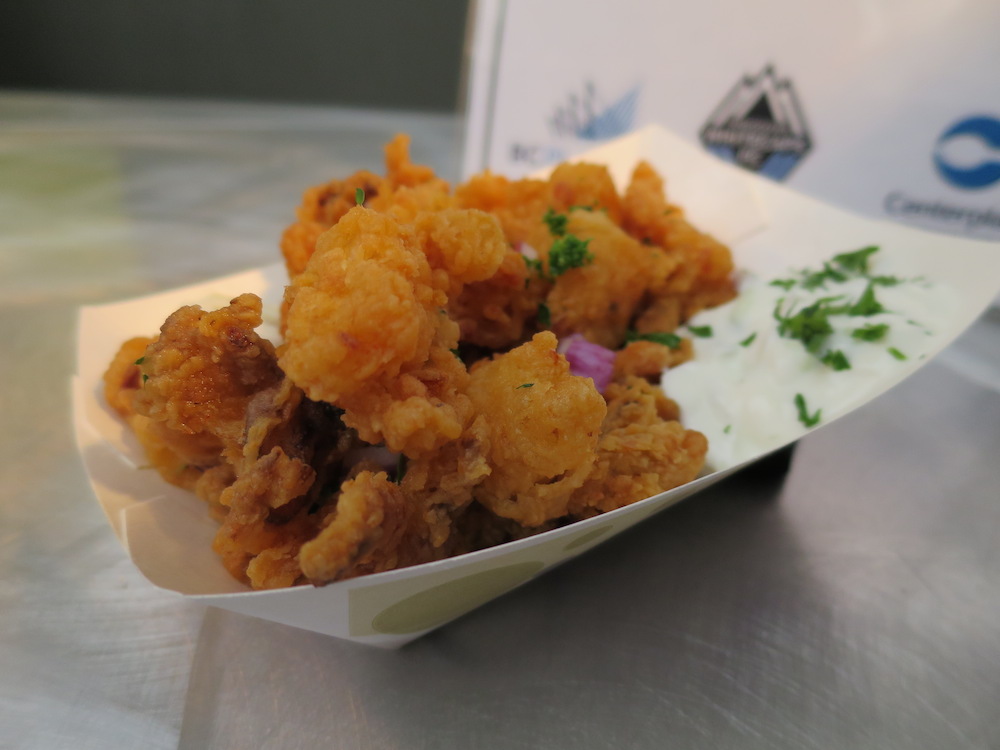 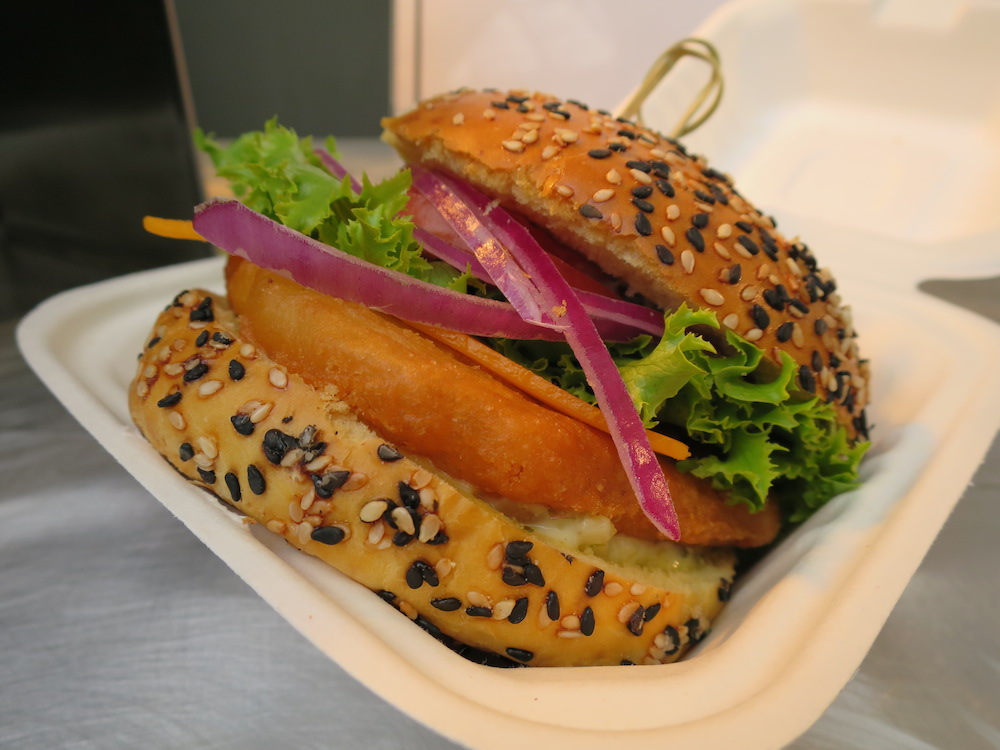 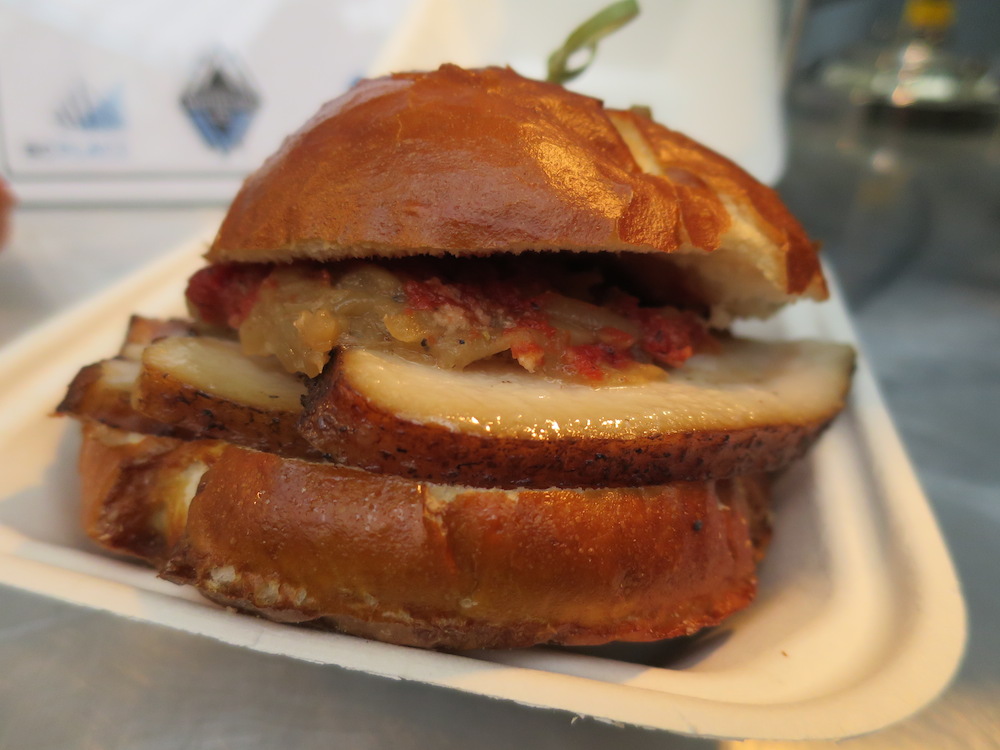 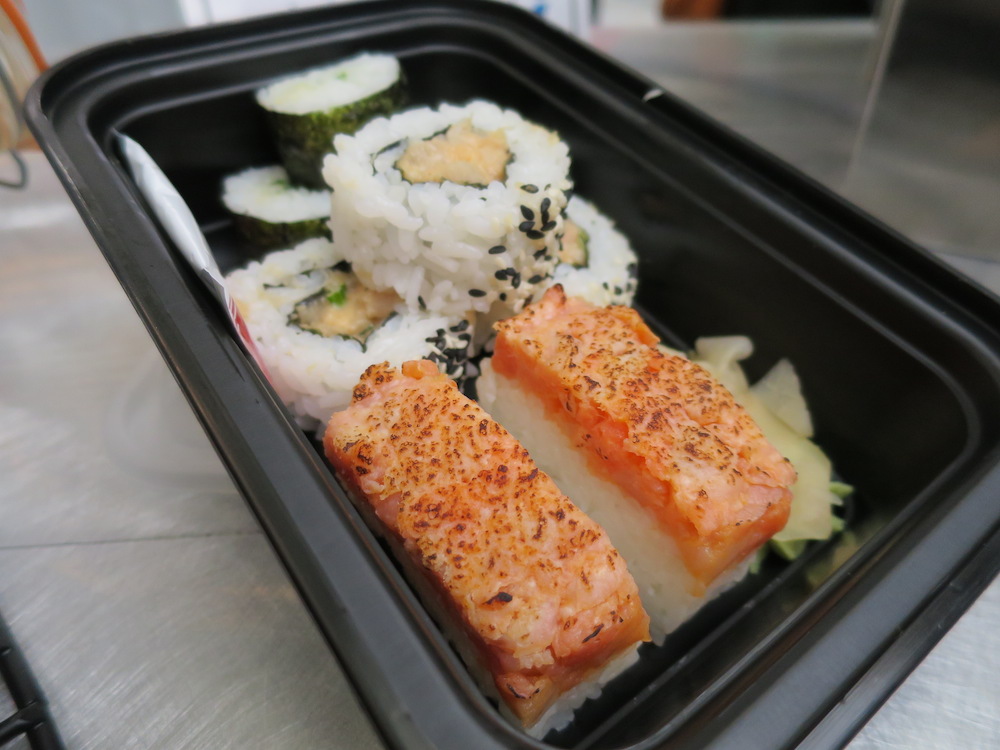 Whitecaps FC and BC Place updates

The fan numbers at the Vancouver Whitecaps FC games continue to improve. According to club president Bob Lenarduzzi, the previous season saw 11 sold-out games and an average attendance of over 20,400 spectators – the fourth best in the league.

“We are seeing significant growth, excited about the prospects and feel that with another good season that growth will continue to take place,” said Lenarduzzi during a media event. “Our objective this year is to not only make the playoffs but also host a playoff game… ideally we want to be in this building and have someone traveling to us.”

Lenarduzzi also provided an update on the club’s investments in developing national talent to build towards Canada’s return to the FIFA World Cup. More recently, their efforts have extended to their $32.5-million National Soccer Development Centre at the UBC campus and the creation of the Whitecaps FC 2 – a USL PRO farm team that will play at UBC Thunderbird Stadium.

“We are starting to see the fruits of our labour on the [team] development side,” said Lenarduzzi. “We’re going to be the benefactors ideally in the short-term of the development and investment we’re making into the development, but hopefully it’s the national team that will be the biggest beneficiaries of it… we want to be part of the hysteria that takes place every four years.”

It will also be a big year for BC Place Stadium with the FIFA Women’s World Cup (eight matches and the championship final) and three major concerts held at the stadium (AC/DC, Taylor Swift and One Direction).

Last month, it was announced that Rugby Canada had won its bid to have BC Place Stadium host a coveted annual stop for World Rugby’s Seven Series international circuit. The stadium’s first weekend-long match and sports festival takes place March 2016. 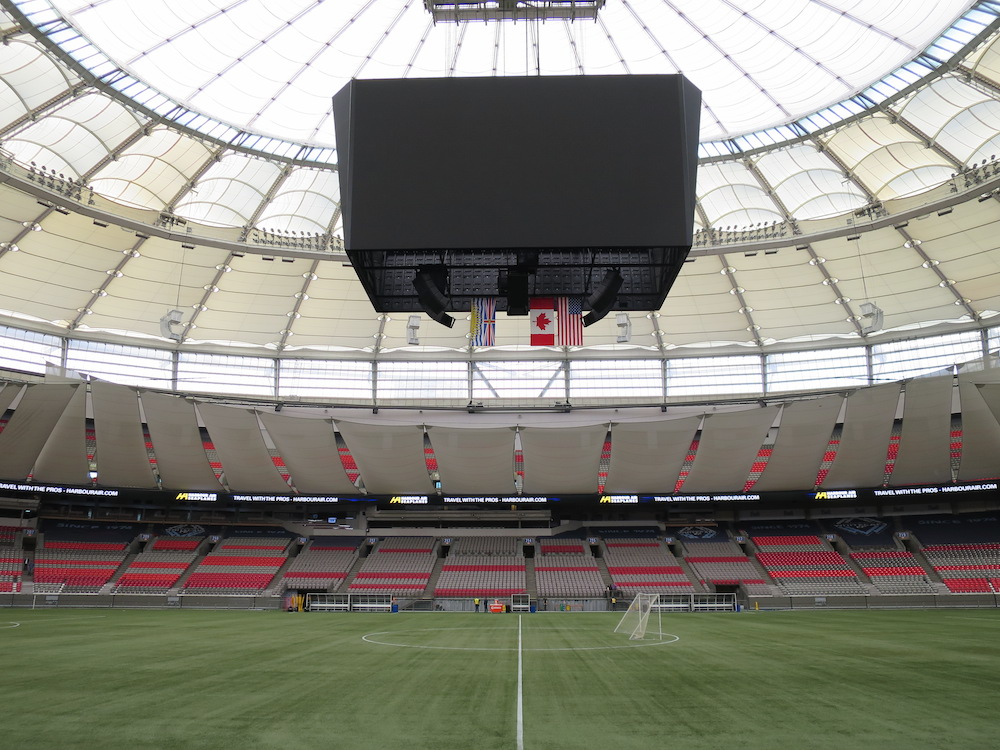