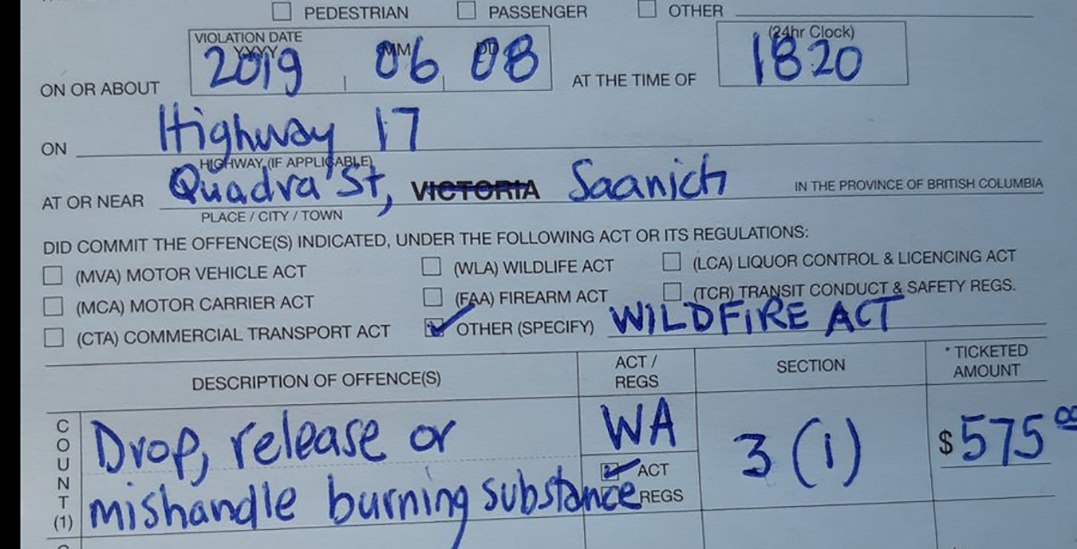 A driver in Saanich, BC has been burnt for allegedly failing to properly dispose of his cigarette.

On Saturday, June 8, Del Manak, chief of the Victoria Police Department, handed out a hefty fine to a driver on Highway 17.

“It happened in front of me on the highway,” writes Del Manak via Twitter.

When the driver was confronted, he allegedly told Manak that he didn’t want his car to burn, pointing to the car’s cup holder in the process.

The chief’s response? Don’t smoke in your car.

575 reasons to not throw your lit cigarette out the car window in front of @vicpdcanada. Happened in front of me on the hwy. When asked why, driver replied, “I didn’t want my car to burn” as he pointed to his cup holder in console. My response, “Then don’t smoke in your car.” pic.twitter.com/FhAGJHYX7w

The driver received a $575 fine for breaking section 3(1) of the Wildfire Act, which states that a person cannot drop, release, or mishandle a burning substance. 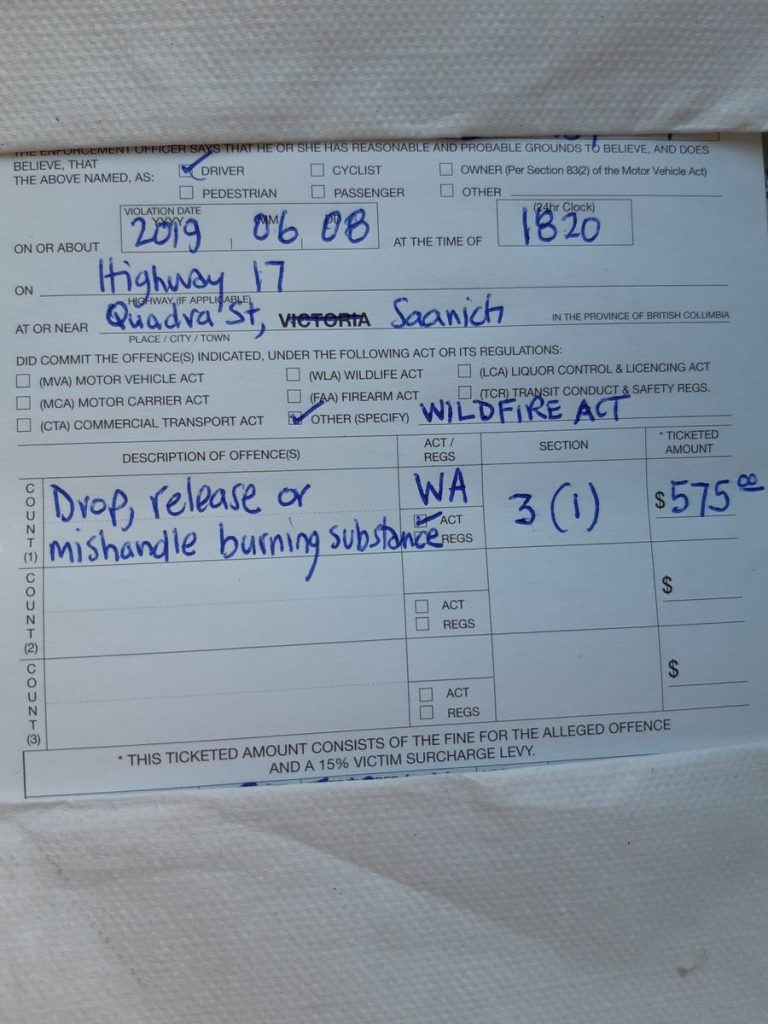