The Rio Theatre was packed last night, Thursday May 2, 2013.  Wall to wall with adoring fans and artists. Not a seat was left in the house and the performers delivered solidly entertaining performances. The Wet Spots (show hosts) were a hilarious  duo, with original song numbers – especially the one about hiding your dildo’s while in Texas! We loved their passion for burlesque! 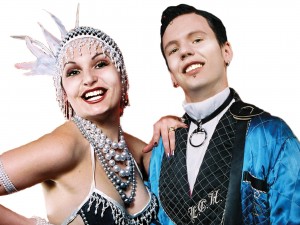 We really enjoyed Rock and Roll Burlesque, there next performance date is May 23, 2013 at the Electric Owl. There were stand out performances, a Tina Turner number (by Cherry OnTop), for instance had the audience pumped. Now this girl could dance (shake), all I could think was there was no way that I could even stand up after exerting that level of energy and her butt shakes were out of control. The singers of Rock and Roll Burlesque could be an entire show on there own they were so good. Singers included: Red Heartbreaker, Cass King, Mimi Beyene

The production of Gypsy Rose Lee at Minsky’s Burlesque, produced and choreographed by Burgundy Brixx was outstanding, certainly a show knockout. Burgundy, who also crafted many of the costumes, scenery and props delivered a flawless performance. Her execution and timing were impeccable. The Purrrfessor also gave a great performance living up to his fine character, he reminded me a bit of Benny Hill tonight.

Burgundy’s experience and dedication to her art form unveiled itself into a beautifully executed production by Kitty Nights and collaborative Pandora and the Locksmiths. It left us wanting more Gypsy and LIVE singing with burlesque numbers. Hopefully we will get to see this show again in Vancouver, it was a huge success. 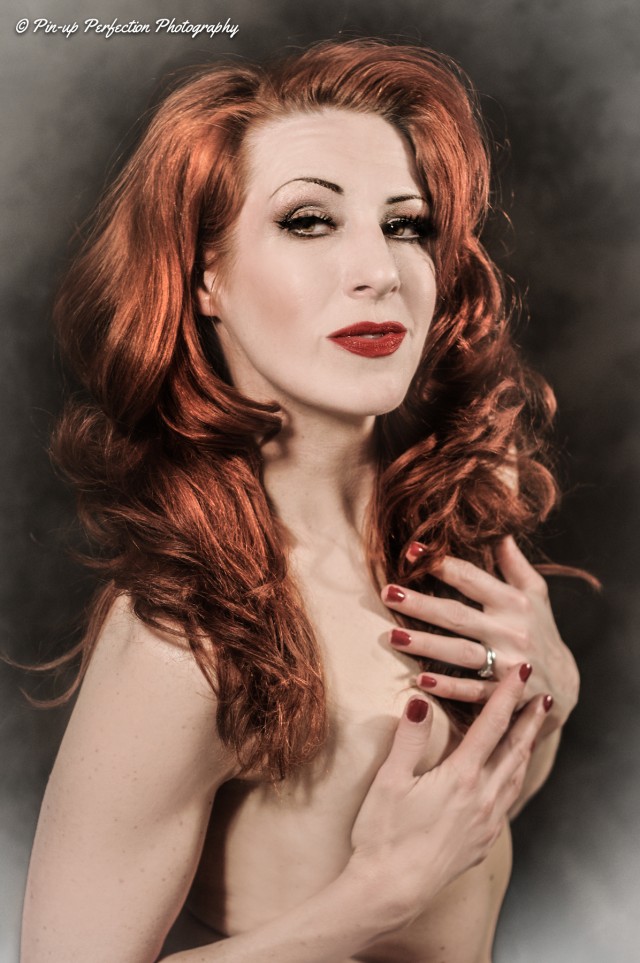 The evening production concluded with VanDolls – Paint and Pasties, which showcased many performances. All with a famous art theme. My favorite was the host Tyler Nicol, a witty character that delivered funny and interesting dialogue; although the length of the performances did cause some audience heckling. However, I had to question if it was part of the Vaudeville theatre theme or just pure banter.

The Vandolls had a few really clever performances, loved the Bob Ross performance. Brought back so many childhood memories, fixated on the television as Bob would effortlessly paint and talked with his soothing voice to the viewers. 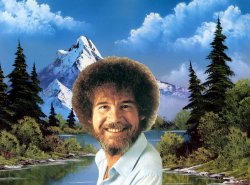 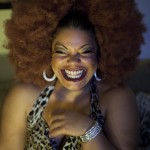 The Rio lobby hosted talented performers from all over Canada, the United States and as far away as Australia (Ms. Strawberry Siren) who enjoyed one another’s saucy company. There were more corsets, lace, and stocking then you can imagine.  Oh and HardCore pasties by Foxy Tann. Foxy nipple covers in a rainbow of colours. It felt like a naughty backstage circus – very fun! 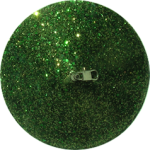 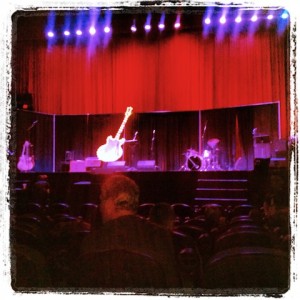 Rock and Roll Burlesque: Motown – completely thrilled with the talent of musicians, Blue Morris the elected president of VIBFA and accomplished guitar teacher 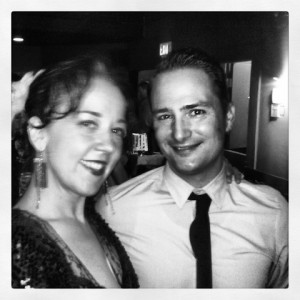 Blue Morris and the Rock and Roll Burlesque 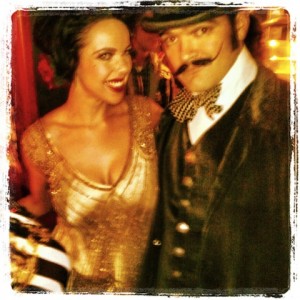 Cover photo (Burgundy Brixx and the Purrfessor) by Trevor Jansen