Not enough can be said for human contact to further your network and ultimately your career. We are on digital media literally every waking moment racking up Friends, Likes and <3s, but one-on-one contact is where the real connection is made especially in an industry that is so visual.

Attending Vancouver Fashion Week is an amazing way to meet people from all over the world who have the same passion for fashion as you do. One day you are sitting adjusting the straps on your heels and someone leans over and says ‘I have the same pair! Don’t you love the way they sparkle?!’ and there is your opening! Even before the runway starts, business cards have been exchanged and you have someone to chat in the Exhibitors Area at break.

At my first VFW, I went to cash in my complimentary drink ticket and wound up with a new client who still shops from my collection a year later!

Confirmed international designers as of today: 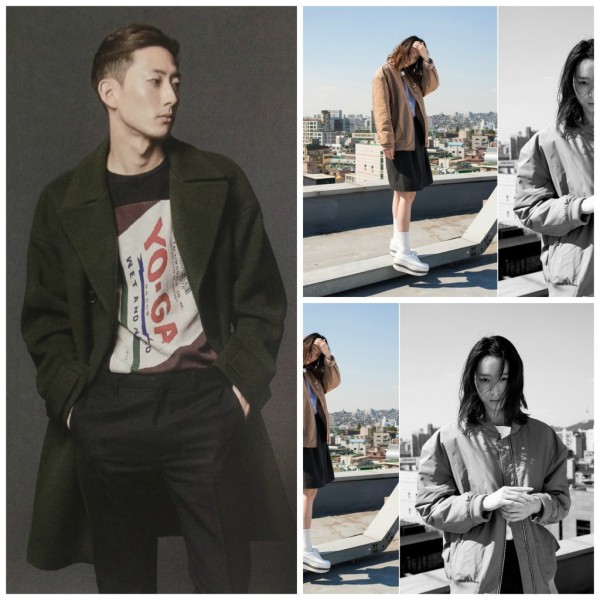 A relative newcomer to the international fashion scene, NIGHT X DAY is a contemporary fashion brand based Seoul, Korea that launched in March 2014.

Creative Director Juun-ki Hong achieves uses a monochromatic palette to create minimalistic beauty with an attention to detail and strong classic lines. The collection has a maturity to it but definitely will appeal to youth culture.

As a student at Hongik University, Greem Byun majored in ‘Textile Art & Fashion Design and upon stepping out the door launched her brand Nasty Habit just in time for the Spring/Summer 2012 season.

The brand’s name comes from designer’s belief that all nasty habits are addictive and not bound by any rules. She strives to express her ambition to challenge stereotypes, to express bold characteristics and to create something new.

The brand aims to translate avant-garde ideas into a high-end label by adopting asymmetrical designs, combining texture with opposite items in her luxurious works. Nasty Habit has been attracting attention in the fashion world and has represented the Seoul City government at Paris’ WHO’S NEXT exhibition in July 2014 and January 2015.

Nasty Habit’s 2015 F/W is titled New Black, Neo Noir. With black as the main theme the collection has been inspired by the film-noirs of the 1940s and ’50s such as The Maltese Falcon, Sunset Boulevard and The Big Sleep.

There is a ‘city at night’ feel about the collection as is evident in the play on rectangular shapes, shadows and shades. In this collection, the designer interprets the classic genre and then transforms it into something new.

A chance meeting at Vancouver Fashion Week S/S 2015 between Georgian fashion designer Marita Mamuchashvili and artist Kakha Beri, a Georgian Vancouverite, has resulted in a creative collaboration. Fesvedy is the name of aristocratic apparel from the medieval period of Georgia. The two designers have chosen this name to reflect their collaboration. 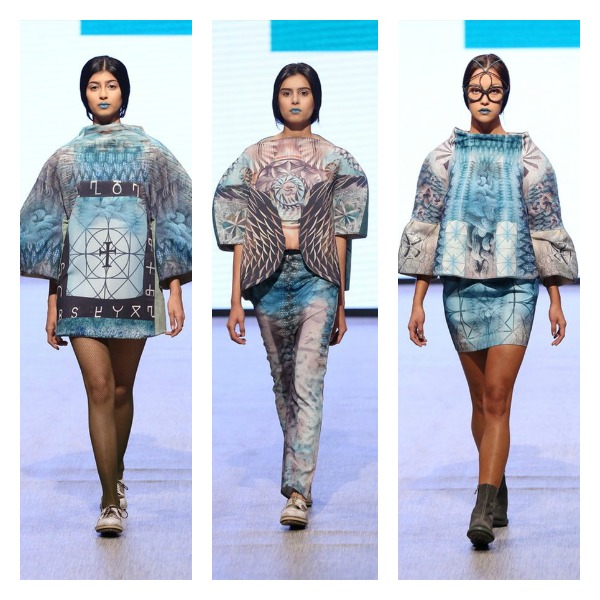 Marita Mamuchashvili’s last collection Crypotogram (VFW S/S 2015) put a playful twist on women’s sweaters giving them uneven volume, pointy corners and variations in colour and shade. The men’s sweaters were rife with horizontal lines and slightly reminiscent of utopian B-movie‘s in their chunkiness and extra long sleeves. Her collection is definitely for fashion trailblazers and I am very curious to see the collaboration line hit the runway because as of today there are only sketches available of the looks!