As a small child in Japan, Atsushi Nakashima sat at his grandfather’s feet and observed as the elder painted. Soon he was drawing the world around him, and over the years transitioned his love of shape and silhouette into a thriving career in fashion design. 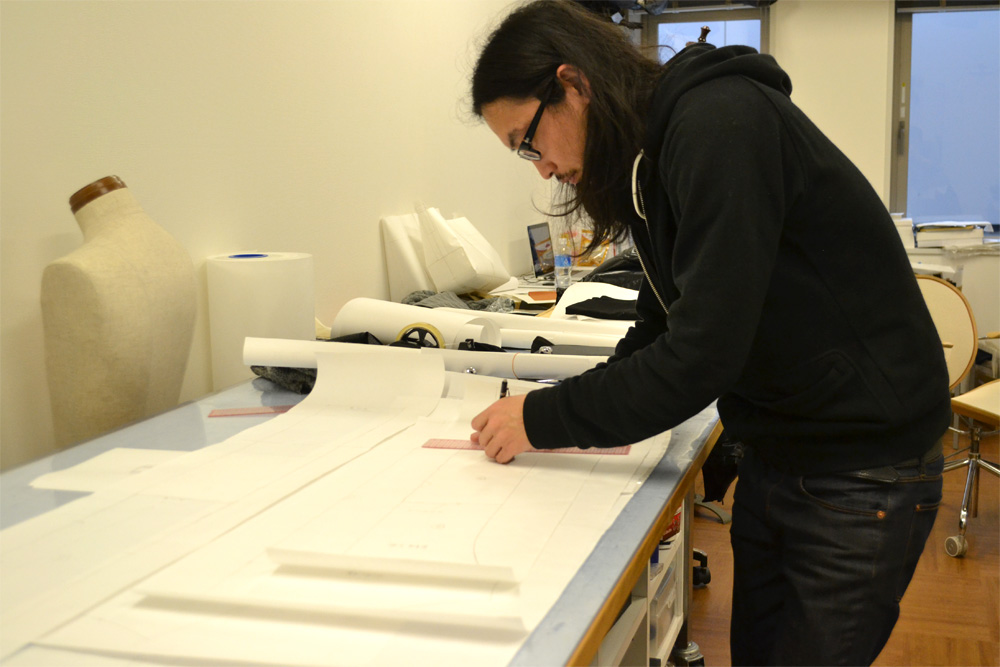 Nakashima graduated from Nagoya Fashion College in 2001, and it was in 2003 that he won the Onward Fashion Grand Prix. This win combined with his attention to detail and haute couture skills put him in the spotlight. His designs caught the eye of one of the event’s jury members, renowned international luxury designer Jean Paul Gaultier, who invited him to be his assistant. 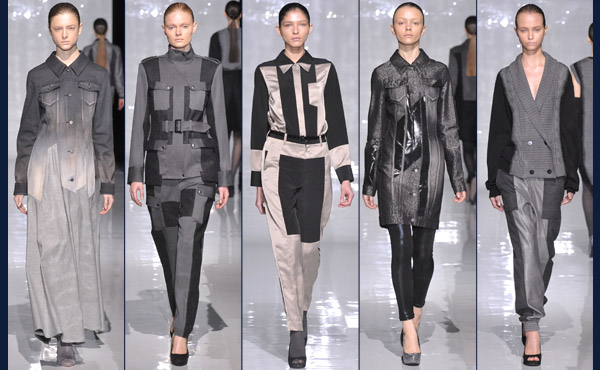 Before assisting JPG, Nakashima was heavily influenced by Comme des Garcons and credits his time in Paris, working on haute couture, for bringing an appreciation of classic foundations and an appreciation of the highest quality fabrics to his designs. Returning to Tokyo in 2011, his new influencers were Alexander McQueen and Givenchy.

His collection ‘Neoclassic’ debuted at the A/W 2012 Mercedes Benz Tokyo and he won the DHL Design Award, which established him as one of the most promising designers from Japan. His designs showed a subtle hand with shapes and the detailing of the garments reflected his mastery of pattern-making. 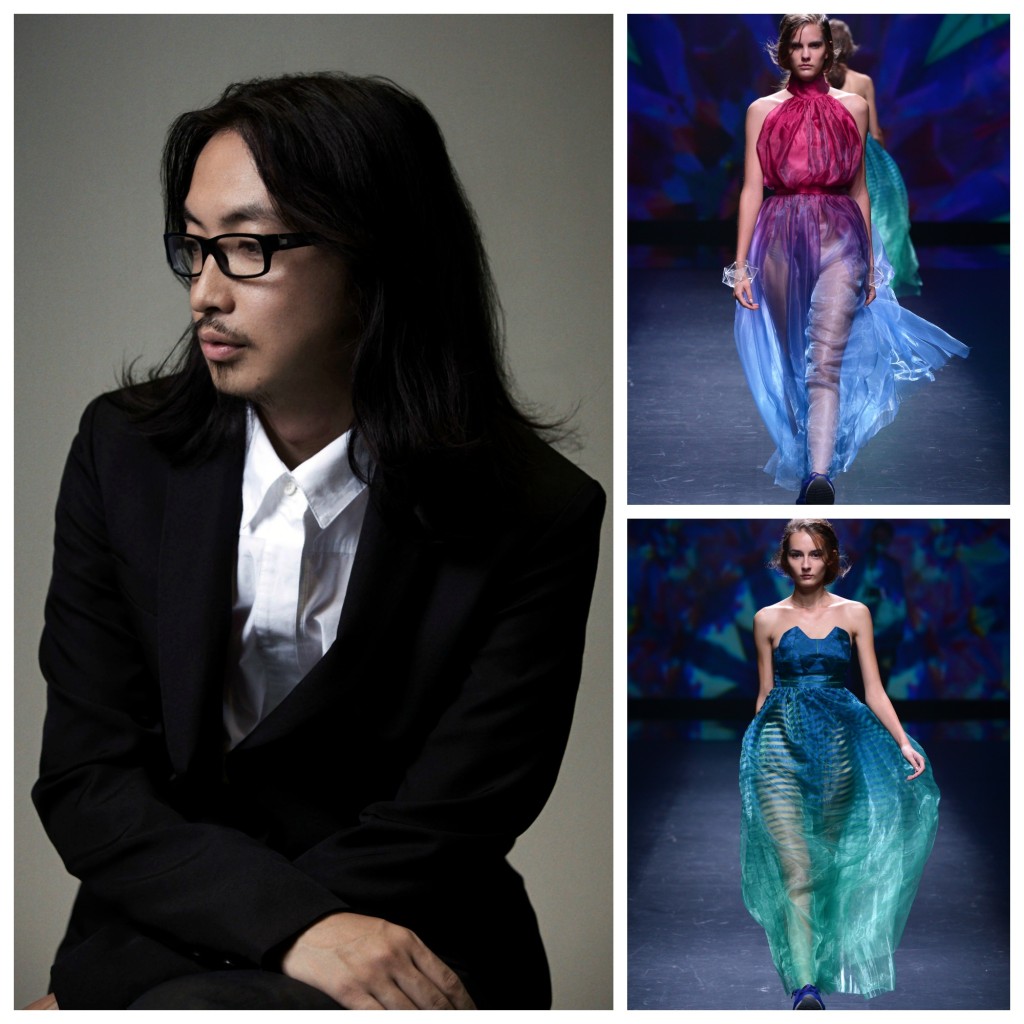 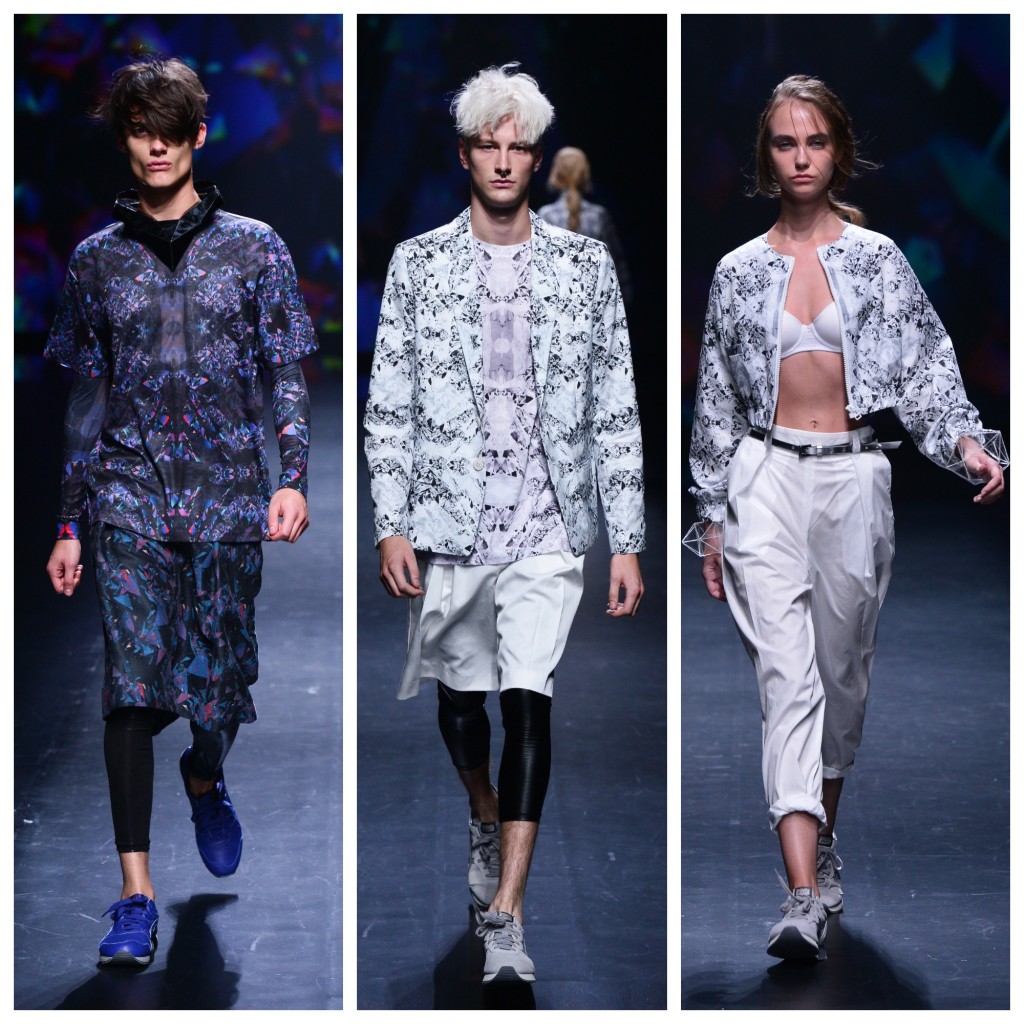 Currently in Paris showing his F/W 2015 Collection at the Moorwash Showroom, Nakashima graciously answered a few questions about his brand, fabrics and visiting our city for Vancouver Fashion Week.

In the past nine years your brand has continued to grow and mutate into a sophisticated statement. Tell us briefly about your process from concept to runway.

The process was very difficult when I launched my brand, because I used to design in Paris and had only a reduced contact in Japan. My brand could grow up thanks to the support of the factories, fabric-makers and my staff team.

How has your fabric choices differed from role to role at the various fashion houses where you have designed?

I change the fabrics depending on the fashion houses style. Otherwise, the pattern-making is one of my specialties, so I choose the fabric that matches the pattern best.

Your collection is named Broken. Will your runway presentation play off of the audience’s perception of ‘broken’ or will it be completely unexpected?

I think the audience can see the theme through the garments. The unexpected thing could be that I expressed the beauty that born from the ‘broke’ action, more than the dark side of the destruction.

How do you feel about visiting and showing in the very rain, cold and wet Vancouver?

I look forward to visit Vancouver because it is my first trip to Canada. I often show my collections in Europe, so it is interesting for me to see how the approach to fashion changes with the culture and the weather.