The Trans Canada Highway in Burnaby is inaccessible this afternoon due to a trailer vehicle fire.

According to the Ministry of Transportation, the vehicle fire occurred on the eastbound lanes near the Douglas Road overpass. If possible, drivers are being asked to exit Highway 1 and use Lougheed Highway as their alternate route. 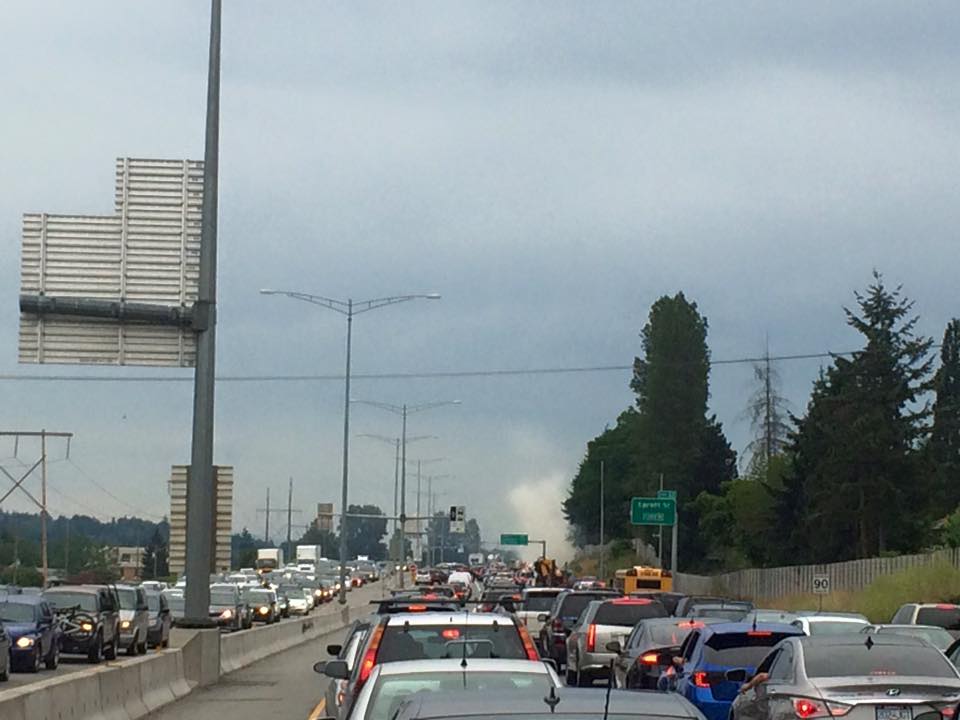 Stuck on highway 1… apparently a RV fire. Why did I drink all that coffee….gah #vancouver. pic.twitter.com/tR3TJnD45x