A collision between a vehicle and bicycle occurred just after 2:30 p.m. today on the Dunsmuir bike lane intersecting with Beatty Street.

The accident occurred at the western end of Dunsmuir viaduct and just outside the entrance of SkyTrain’s Stadium-Chinatown Station. There is no word yet on the condition of the cyclist.

According to local resident Sabrina Fenster, “the bike path on Dunsmuir is really dangerous with near misses every week and accidents every few weeks. Vehicles should not be allowed to turn right on red where the bike lane intersects on Dunsmuir and an advance green should be added for cyclists.”

The Dunsmuir viaduct is temporarily closed but should reopen before the peak of the evening rush hour begins. 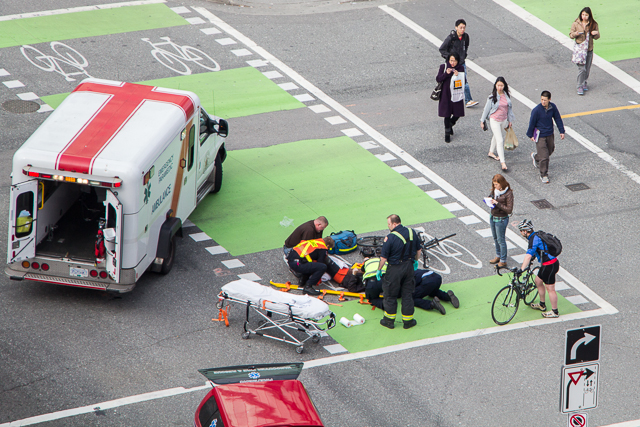