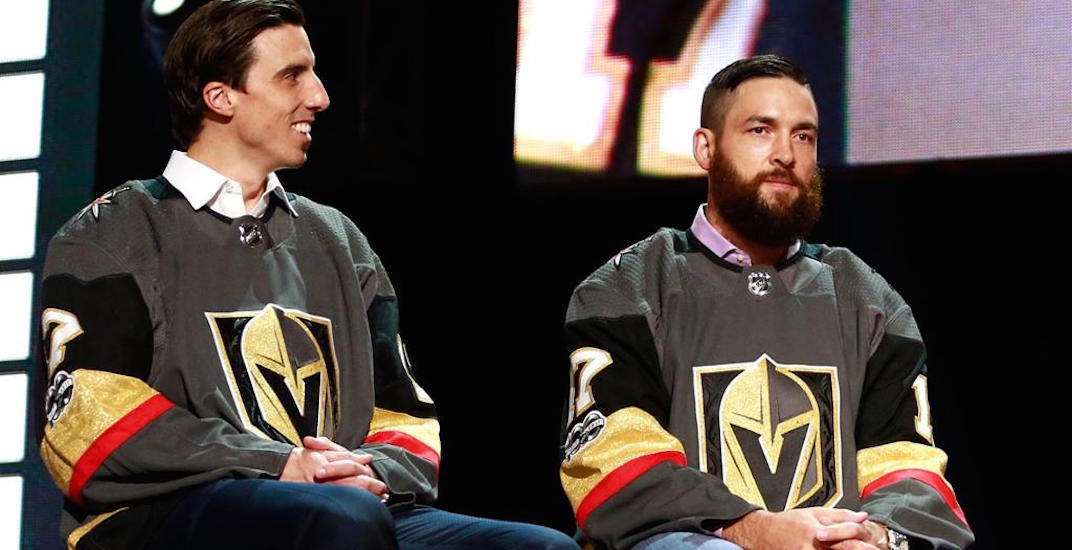 There will be no facial fuzz on the ice for the Vegas Golden Knights this year, as the team has instituted a terrible no-beard policy in advance of their debut NHL season.

First on the chopping block is Vegas captain Deryk Engelland, who showed up to Golden Knights practice with an uncharacteristic clean-cut look on Wednesday.

The Golden Knights are taking a page out of the New York Yankees’ playbook, it seems. Or is that Mr. Burns’ playbook?

“We just got some team policies here, we got to keep it tight,” Engelland told the Vegas Insiders radio show after practice, adding that his wife texted him to say that she misses his burly beard. “I’m going to follow our rules and expectations and trim it up a little bit.”

To make matters worse, the former Flames defenceman isn’t the only member of the Golden Knights with a fantastic face warmer.

They have a “beard expert” on their team in Jason Garrison.

And look at what Clayton Stoner has been rocking:

Defenseman Clayton Stoner has been placed on the injured reserve list. pic.twitter.com/99vg10OXyb

Good luck getting Brent Burns to ever play for you.

Engelland said that if the team makes the playoffs, it will be “do what you want to do,” so at least the Golden Knights are reasonable when it comes to that tradition.

But have they learned nothing from the San Jose Sharks? Burns and Joe Thornton are turning people into hockey fans all over the world based on their beards alone. People love their look.

In a sport like hockey that’s so devoid of strong personalities, why not let players show some personality in their appearance on the ice?