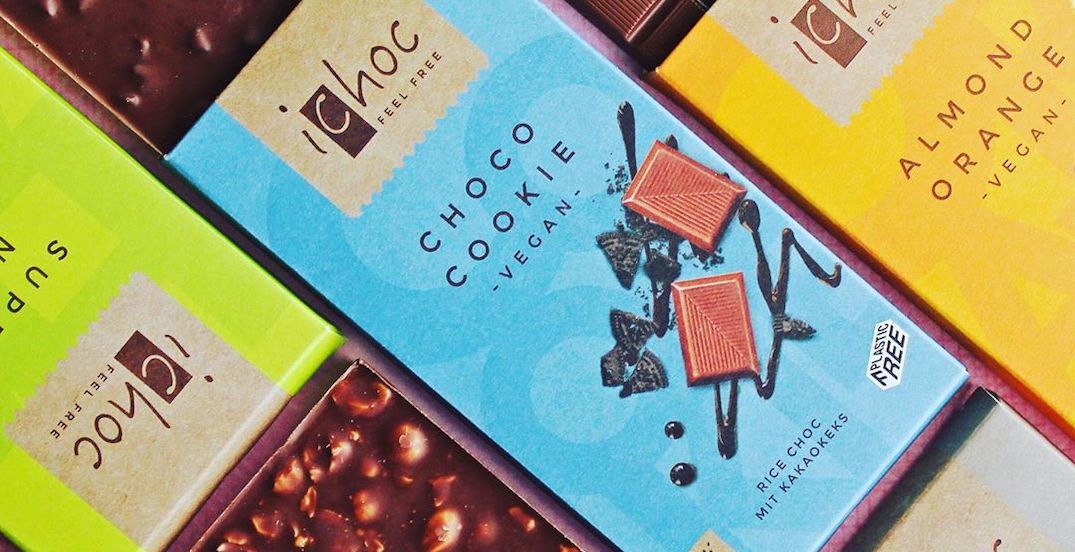 The Canada Food Inspection Agency (CFIA) has issued a warning that a variety of vegan chocolate bars may contain milk.

The iChoc bars’ labels read that “they make contain trace amounts of milk.” The CFIA says anyone allergic to dairy should not consume the product as it could be dangerous to their health.

This warning was triggered by consumer complaints, says the food agency, who is conducting a food safety investigation which may lead to the product being recalled. 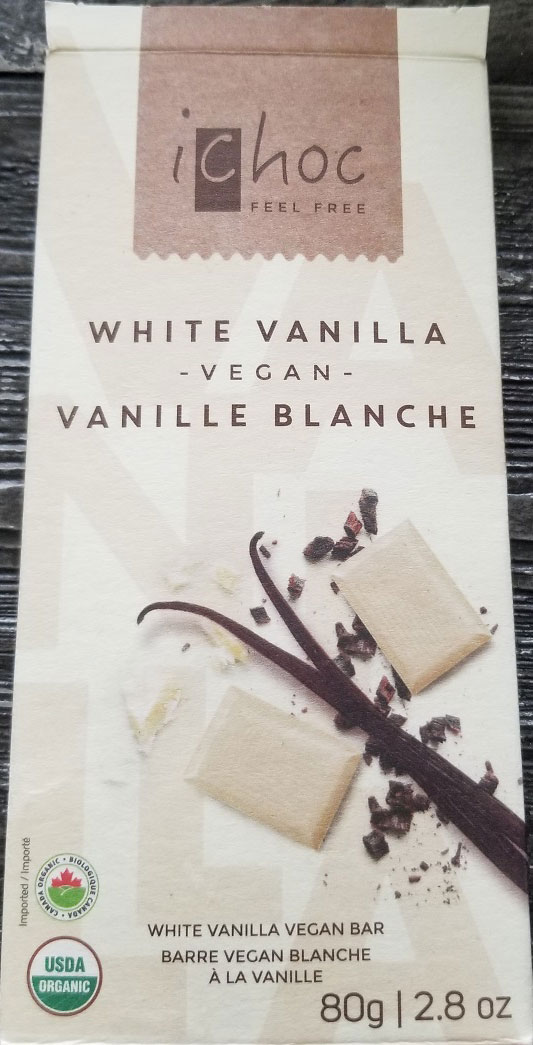 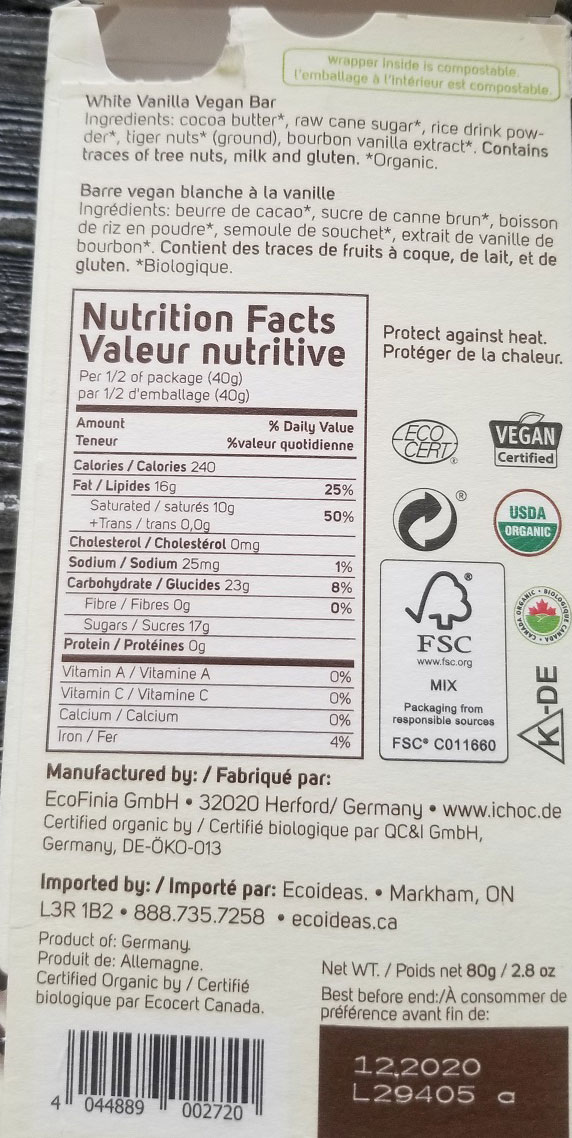 The products were imported by Ecoideas in Markham, Ontario and the CFIA says there have been “reported reactions” associated with the mislabelling.

The affected bars are the White Vanilla Vegan bar and the Classic Vegan Bar outlined below.