Party Producer, Visionary Director, Style Maven, Jordan 3 Villian, TomBoy Extraordinaire, Luxury Handbag Queen, Vintage Don, Fashion Addict and Art Nerd – these are how Vashtie is described on her popular blog Vashtie.com, but we would just describe her as a Cool A$$ Chick.

She has done the Record Label Exec thing (Def Jam), the video director thing (ASAP Rocky, Common, Kid Cudi, Justin Beiber), the clothing line thing (Violette), and on top of all that she throws one hell of a party called “1992”.

Known by NYC’s tastemaker crowd as “Downtown’s Sweetheart”, the charismatic beauty is making her Vancouver return to REPUBLIC for #CHVRCH Fridays!

Get tickets online for tonight’s show for $15 (+ service fee). 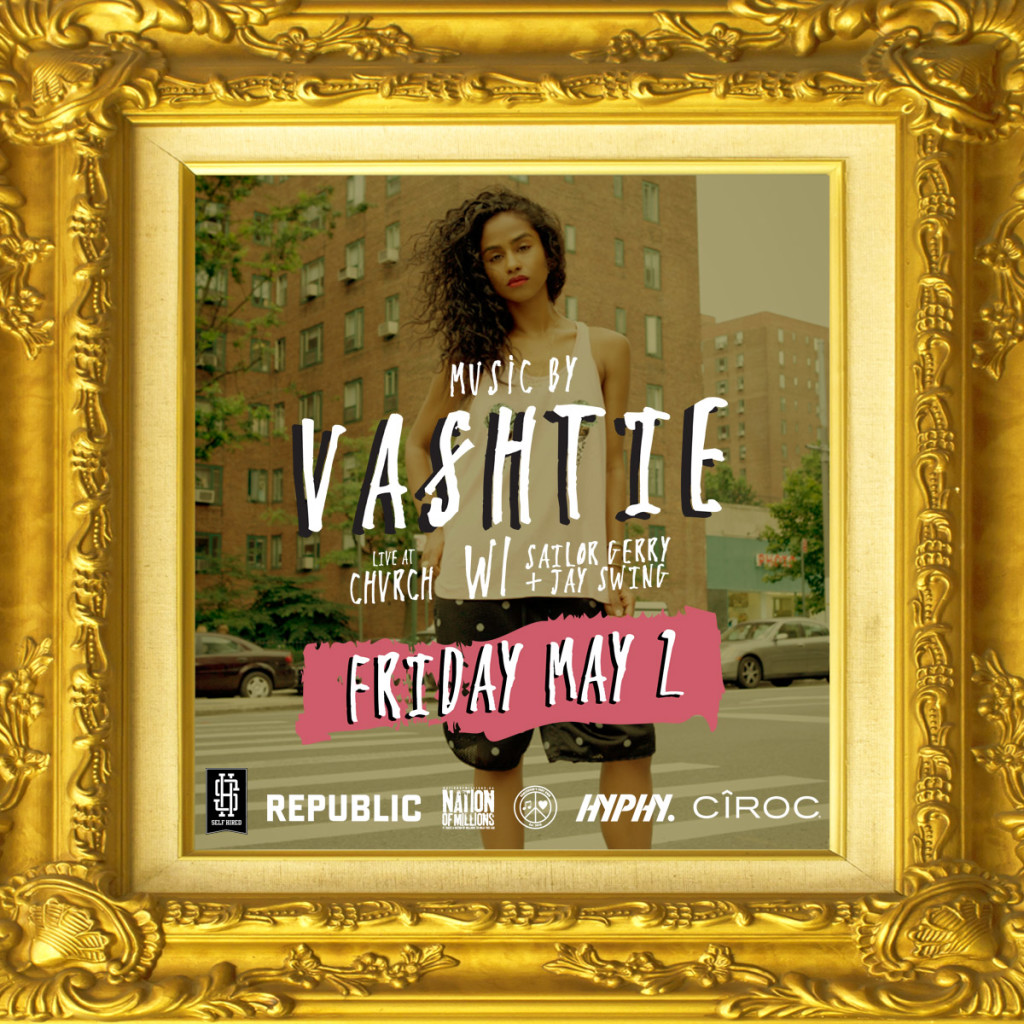 A weekly tradition of Yung//Sexy//Dancing People – attracting and connecting people and communities of culture. Hosted by the HYPHY FAM every Friday at The Queen’s Republic.