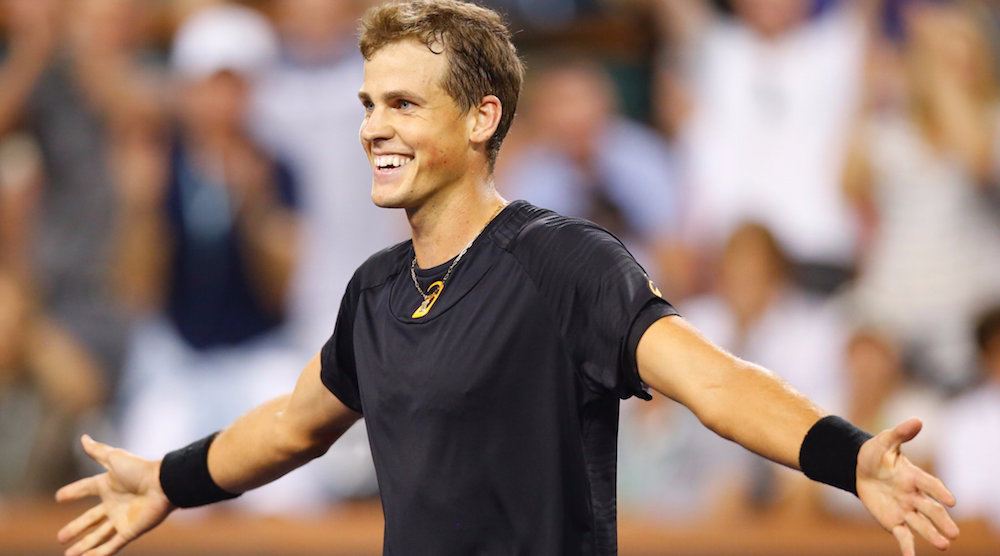 You know what they say: anything is Pospisil.

If you didn’t believe that before, you will now, as Vernon, BC’s Vasek Pospisil stunned the number one player in the world, Andy Murray, at the BNP Paribas Open at Indian Wells on Saturday.

“If I pick a handful of great moments in my career, this is definitely one of them,” Pospisil said after the match. “To beat the No. 1 player and somebody as accomplished as Andy, one of the greats of the game, is amazing.”

Murray’s serve appeared to abandon him, double faulting seven times in the match.This should be a big shot in the arm for Pospisil, who has seen his ranking slide dramatically in recent years. Pospisil was ranked 25th in the world three years ago, but hasn’t been in the top-100 since July of last year.

Pospisil on what was going wrong for him during his slump pic.twitter.com/rkvYPHo2Sr

Defeating Murray opens up the rest of the draw for Pospisil, who will want to build on his impressive upset win. He’ll face unseeded Dusan Lajovic of Serbia on Monday in the third round.