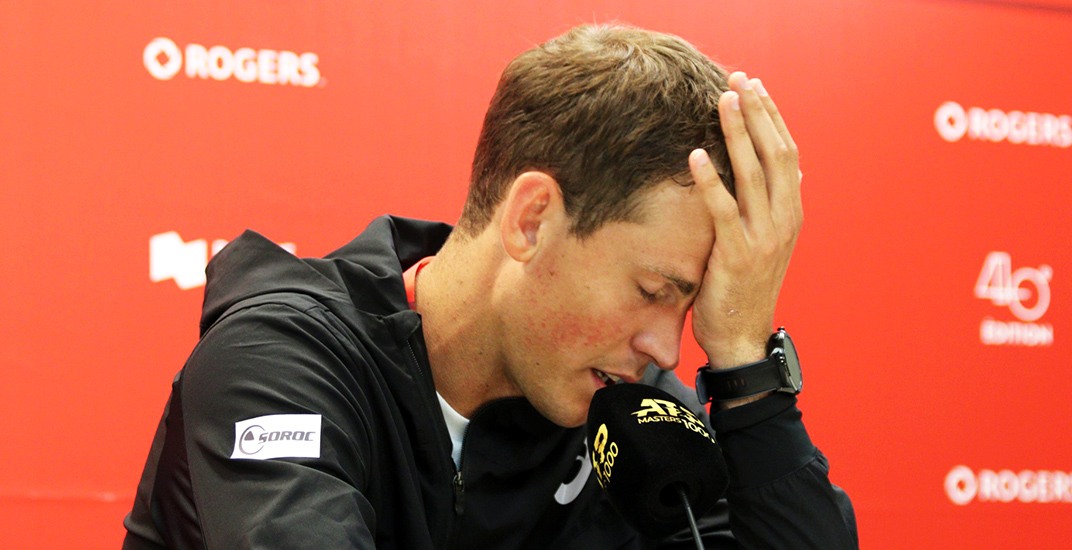 Vasek Pospisil isn’t happy with the state of tennis.

The former top-25 player from Vancouver opened up about his feelings after his first-round Rogers Cup match in Montreal on Tuesday.

Pospisil has been sitting on the ATP Player’s council for the past year, and he has recently become an increasingly vocal critic of the governing body of the sport he loves so much.

His main contention is that many players are having trouble making ends meet.

The 29-year-old recently wrote an article for the Globe and Mail where he explained that most players ranked outside the top 100 are either losing money or breaking even.

Unlike many other professional sports, in tennis, players have to cover all their own expenses, from travel to trainers to coaches, plus everything in between.

“I mean, how sad is it?” Pospisil asked.

“Tennis has given me an amazing life, I’m so grateful for it, like beyond what I can say even in this press conference. But how sad is it that if I have kids, I’m going to be like, hmm, knowing how difficult it is to make it?”

Pospisil went on, explaining that the reason he’s so frustrated with the current situation is  there is abundance of money being made in the sport.

“I mean tennis makes billions of dollars a year,” he said. “It’s a huge industry.”

“If there was no money here, if these tournaments and Grand Slams weren’t making money, okay, there’s no argument. But there’s a lot of money there.”

What Pospisil would like to see is a greater distribution of tournament revenue being dispersed to players. In his article Pospisil explained that the Grand Slams share 14% of revenue with the players – 7% to the men and 7% to the women – and that these are unaudited figures, so it is likely less than that.

His desired outcome at the end of it all?

“If you think about it long-term, more people are going to be playing tennis.”

Asked what the players need to do next in their quest for better pay, Pospisil hinted at what he and others are working towards.

“The next step is the players need to be together. They need to stand up – stand up to what’s happening. It’s not a very player-friendly environment,” he said.

“There’s a lot of work to be done to have a voice, to have a bit of a more democratic process. Even though it’s painted as such, it’s not the reality.”