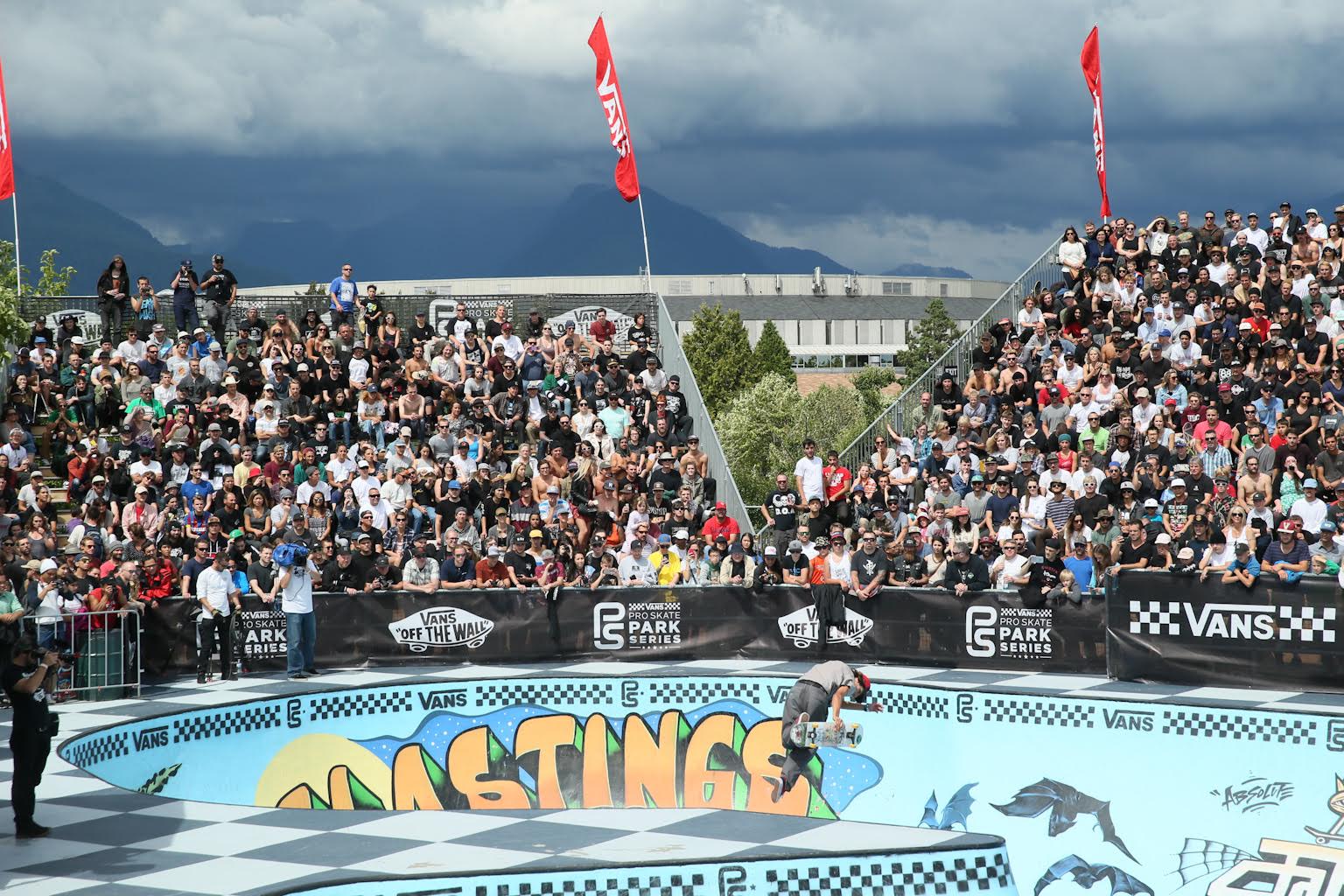 Once again the world’s best skaters will be in Vancouver for the Vans Park Series (VPS) embarks their fourth stop of the 2017 Men’s Pro Tour. The event takes place July 7 – 8 at the legendary Hastings Skatepark in East Vancouver.

With only two major global qualifier events left in the season, VPS Challengers will seize the opportunity to better their global rankings, as they compete against the VPS Select Pros in the lead up to park terrain skateboarding’s official VPS World Championships in Shanghai, China on September 23.

Also joining the gauntlet are confirmed Regional Wildcards Adam Hopkins and Riley Boland, who are true hometown heroes in their own right. To see the full list of VPS Select Pros, Challengers, Tour Wildcards, visit vansparkseries.com/skaters.

Hastings Skatepark remains one of the most demanding skateboarding courses in the world, even exceeding today’s park terrain course criteria in some areas. Returning for the second year in a row, the skaters of Vans Park Series Men’s Pro Tour cherish the Hastings Skatepark course for its remarkable potential to produce fast, aggressive and colossal runs.

The live broadcast on Red Bull TV will take place on Saturday, July 8.