While skyscrapers have been part of global skylines for a century – and last year marked a record for new ones – Vancouver’s skyscraper evolution has been slow, even lagging behind Calgary. Up until now, the mountainous backdrop defined the city’s world-class skyline, but it’s easy to see things are changing.

“Sears Tower in Chicago, One World Trade Centre in New York City, Burj Khalifa in Dubai – these landmarks can market and brand an urban centre,” said Mike Kozakowski, a skyscraper expert based in Victoria, British Columbia. “What Vancouver needs now is a globally identifiable landmark.”

Even though the city implemented its General Policy for Higher Buildings in 1997 – with several amendments since – it was only in 2008 that the first skyscraper, Shangri-La, was completed. And only recently has the word skyscraper entered the local vernacular.

“Prior to Shangri-La, Trump Tower and recent proposals, Vancouver did not – going by the official definition – have skyscrapers,” said Kozakowski.

With the City of Vancouver designating only six strategic locations for skyscrapers – buildings taller than 425 feet – several notable names are competing to define the “air space,” including Donald Trump’s brand and BC’s best-known entrepreneur, Jim Pattison. He is embarking on building Vancouver’s largest project since Woodward’s, one that will deliver the city’s third tallest tower after Trump Tower and Shangri-La. 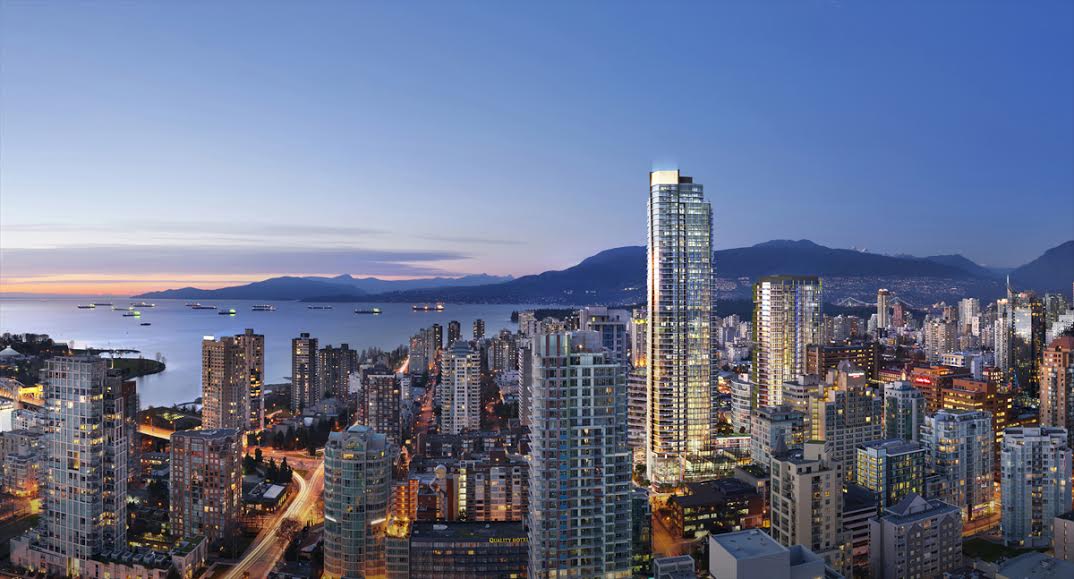 Pattison Group and its development partner, Reliance Properties, recently received approval to build Skyfront at Burrard Place, a $500 million mixed-use project at Burrard and Drake that will stand 550 feet and cover one-million square feet. The city considered that site for a skyscraper to be in “axial alignment with the Burrard Bridge.”

To qualify for additional height under the city’s policy for higher buildings, all skyscrapers have to “establish a significant and recognizable benchmark for architectural creativity and excellence, making a significant contribution to the beauty and visual power of the city’s skyline.” Also, all designs must be approved by a special panel that includes two internationally-recognized architects from outside Vancouver.

“Gone are the days of boxy designs for skyscrapers and tall buildings,” said Jon Stovell, President and CEO of Reliance Properties and vice-chair of Urban Development Institute. “The age of architectural excellence and creating social capital is here. Ultimately, skyscrapers have to contribute to Vancouver in every way – architectural distinction, economic stamina, and green initiatives to support the city’s Greenest City 2020 Action Plan.”

The buildings also have to exceed sustainability targets of the average building, which stand about 375 feet.

Skyscrapers, like other downtown condos, have become an attraction for families, particularly as prices wedge people out of the single-family home market. Census data from 2011 confirms more children under the age of 15 moved to the downtown core than any other region in Vancouver.

The City of Vancouver put policies in place in the early 1990s that require 20 per cent of condo units be larger than average to accommodate families. The development team building Skyfront at Burrard Place expects demand from families to be greater than normal, which is prompting them to make 54 per cent of total units large enough for families. 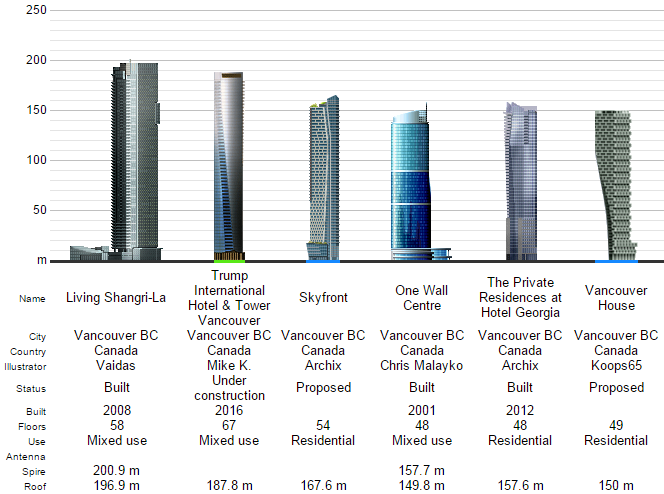