This time last year people were beginning to worry about Vancouver. They worried that it was starting to become a resort town, especially since no new office only projects were on the horizon in the foreseeable future. The truth is Vancouver is far from a resort town, it’s definitely not a corporate head office town (thank you NDP in the 90’s) but it will always will be the hub for high end office jobs for the region, sorry Mayor Watts. Fast forward one year and close 2.5 million square feet of office space is coming on line in the next 4 years in the city of Vancouver.

The recent announcements have up to 4 new office towers ready to construct shortly (Telus, 1021 West Hastings, Credit Suisse financed tower and 745 Thurlow aka Bentall 6). There are also smaller ones scattered throughout the city as well, most notably Marine Gateway at Cambie & Marine, a 13 floor tower part of the Burrard Gateway project and one currently under construction in East Vancouver’s Refrew Park. Not to mention the rise of boutique offices in Railtown, Yaletown, Gastown and Crosstown, Broadway corridor and the Great Northern Way campus area.

These announcements are all welcome news, especially since the suburbs (mainly Burnaby and Richmond) have taken a few office jobs out of the city in recent years, it’s nice to see the tide shift once again in Vancouver’s favour. In fact Burnaby’s Metro tower 3 officer tower is on hold as leasing activity has been sparse and rumours of Rogers pulling out of Metrotown surface every so often as well. Also Microsoft and Nintendo have moved from Richmond and into Vancouver offices.

Recently 2 other projects, one that is about to start construction and another in the application process have come on line:

1. Next to the Great Northern Way Campus is the new MEC Head Office project. Located at 1077 Great Northern Way, near theVCC-Clark Station, this project will be built in 3 phases. Phase one is set to start construction soon. This is what the completed office building will look like: 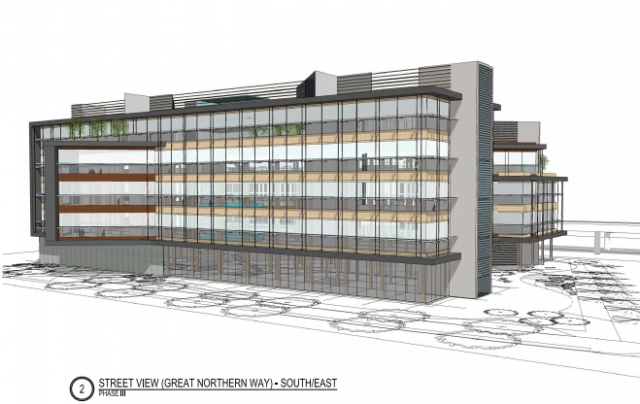 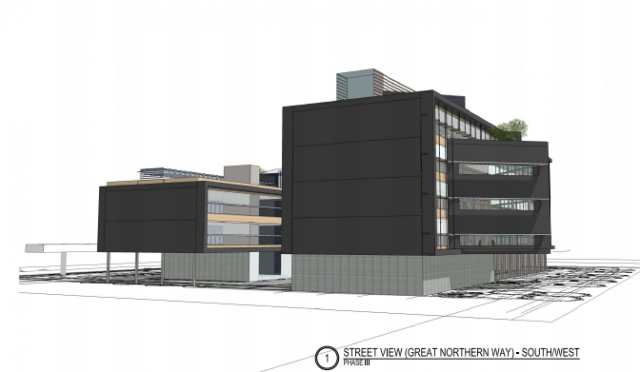 2. CEI Architecture Planning Interiors has applied to the COV to rezone the corner of Howe/Nelson to permit the development of a 15-storey office building. The proposed project will be 200 feet in height (view cones will not allow anything taller) with approximately 270,000 square feet of office space. This building will be a stubby one. No renders of the project are available at press time.