What if we turned off all the lights in the Lower Mainland for one night? What if the cities in our region were lit by the billions of stars?

Local photographer David McColm has created a stunning depiction of what the universe’s greatest light show would look like in Metro Vancouver if all the street and building lights are turned off, there is no air pollution and no moonlight.

However, since the region’s urban skies are currently polluted with light at night, McColm had to capture the starry skies elsewhere where the starry night skies could be clearly seen.

“This is a composite of two photos with the starry night portion I took from the top of Whistler Mountain,” McColm told Vancity Buzz. “This is approximately what one would see, although not exactly due to some differences in latitude and altitude between where the photos were taken in West Vancouver and Whistler Mountain.” 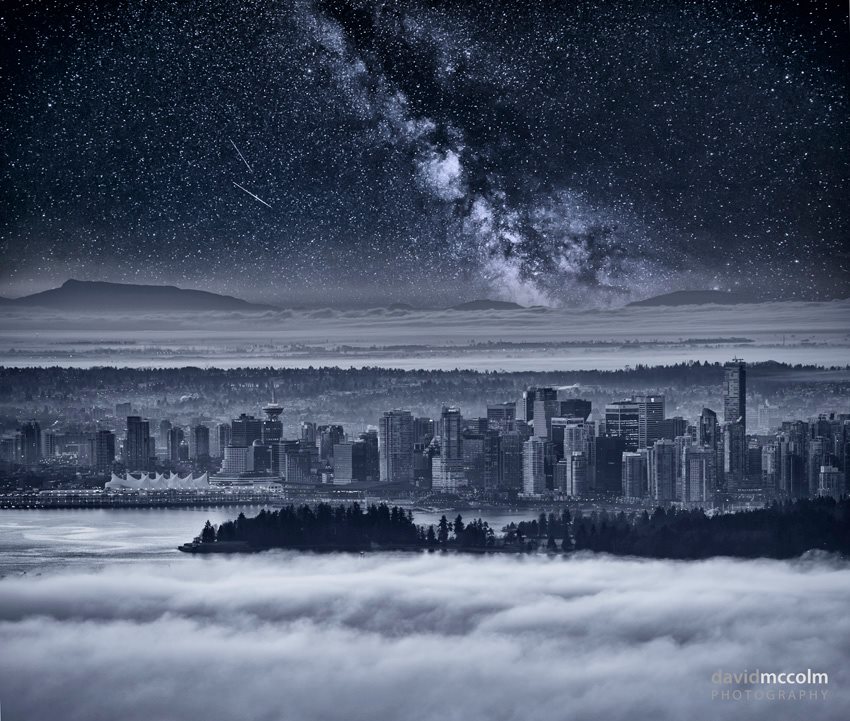