Vancouver’s Mink Chocolates has won the award for best chocolate bar in the world for the production of its line of “Mermaid’s Choice” chocolate bar.

The locally made chocolate bar won the title of “Top Chocolate Bar” at the 2014 International Chocolate Salon in San Francisco, tying with Australia’s Zokoko Artisan Chocolate’s Tranquilidad bar. Determined by a panel of 14 judges, both chocolatiers defeated submissions from around the world.

However, those who are looking to taste the winning chocolate bar anytime soon will have to wait. There has been significant demand for the $6.25 Mermaid’s Choice bar, to the point that the company has sold out.

Mink’s Chocolates opened in 2007 and has locations at 863 West Hastings in downtown Vancouver and 15775 Croydon Drive at Surrey’s Morgan Crossing. In additional to the retail of its 30+ lines of chocolate bars and other hand-made artisan bonbons, both stores are cafes and include a full espresso bar and fondue bar. 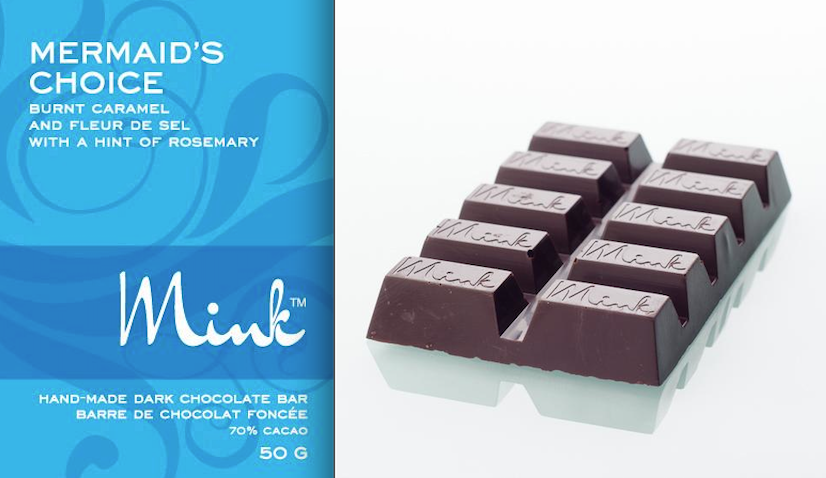