On Monday night’s final episode of “The Bachelor,” we saw Chris Soules go with the safe choice. To use Chris Harrison’s words, ‘after all the drama, and all the tears,’ it ended in the barn in Iowa with a proposal to Whitney Bischoff.

“After The Final Rose” it was time to officially announce who the next “Bachelorette” would be. Viewers were told to stick around for a “surprise twist” and after the longest commercial break in history, the announcement silenced the room. According to Harrison, “Bachelor Nation” was divided and they figured, “why choose?”

The Bachelorette will stray from its traditional format and in a never-been-done-before stunt, will have two women compete: Vancouver’s Kaitlyn Bristowe and Michegan’s Britt Nilsson.

Twenty-five men will have the choice between the Canadian funny-girl and the sultry seductress.

After the announcement, Kaitlyn said the first time she heard the news of two Bachelorettes, she joked, “that’s not ideal.”

But, the star followed up with “if that’s what it takes,” then she’s ready.

Spoilers, fan sites and gossip columns tagged Vancouver’s Bristowe early on as the prospective choice for the next Bachelorette. She’s the first Canadian in six years to be chosen, as Season 5’s Jillian Harris in 2009 was the last Canuck to compete on the dating show.

From the moment she stepped out of the limo on the premiere episode and told Soules that she didn’t know much about him, but knew that he was a farmer and that he could “plow the f*ck out of her field any day,” fans fell in love with the Canadian firecracker.

It was her humor, playfulness, straightforward nature and how she forced Chris out of his comfort zone (ahem, rapping) that scored major points as the season progressed. She provided comic relief for much of the season, and often showed a sense of maturity by not giving in to the gossipers in the house (although the occasional eye roll was caught on-camera). 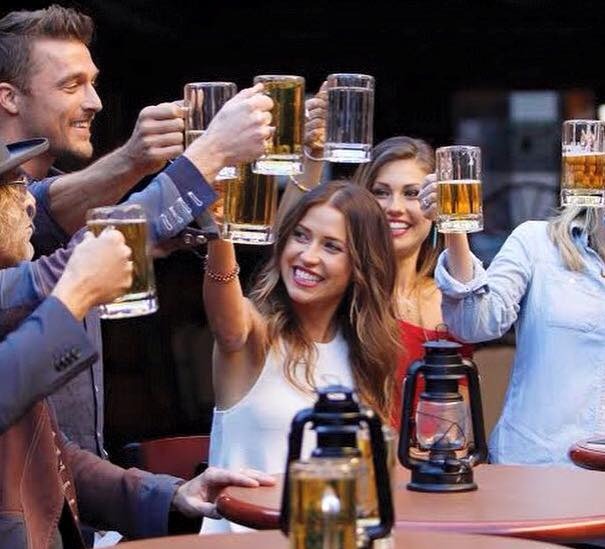 Regardless, the laughs and chemistry with Chris and her down-to-earth nature in the house, didn’t lead her to the final rose. It was after the fateful Fantasy Suite episode that Chris said goodbye to Bristowe on season 10 of The Bachelor.

The elimination came as a shock, especially after Chris seemed to have fallen for the witty, vibrant Vancouverite just as hard as viewers had. Kaitlyn had opened her heart to Chris after remaining quite reserved for the majority of the season, but once again reverted to her stoic side after she was eliminated, refraining from tears until she was in the car.

Her reaction prompted a flood of supportive tweets from fans, and it was soon afterwards that even former contestants of the show publicly posted their support, instigating the hashtag #KaitlynForBachelorette.

Now the 29-year-old dance instructor will take the spotlight as one of the two “Bachelorettes” and fans can expect one fun-filled ride.

Britt on the other hand, was met with mixed emotions. Her looks and charm won her the “First Impression” rose and from there the chemistry continued to build steadily throughout the season…as did the tears.

Women in the house began to notice odd patterns in Britt’s behaviour and word eventually got to Chris, who asked himself, “does she, or doesn’t she, see herself living in Arlington?”

The cocktail party was cancelled and the rose ceremony concluded with Chris sending Britt on her way.

The two women bring totally different characteristics to the table and provide all the more reason to keep us glued to our couches.

Are you Team Kaitlyn or Team Britt?

This being a Vancouver based site, we are unapologetically Team Kaitlyn.