As if watching the annual Celebration of Light fireworks from a boat was not enough of a novelty, a group of Vancouverites have built a fully autonomous motorized boat with a working hot tub.

With the help of their friends, the boat was built by Edward Estabrook and Piotr Forysinski over the last 18 months.

Estabrook told Vancity Buzz that the entire project began with acquiring a non-functional hot tub from Craigslist. The installation of a 12 volt pump and 68,000 BTU inline propane heater to make the hot tub operational was amongst the first steps of building the vessel.

The hot tub is powered by a Honda 9.9 horsepower motor and travels at a maximum speed of 2.5 knots. It is reinforced in fibreglass with a wood frame, and all of it is mounted on top of a pair of 16 foot long PVC Pontoon Catarafts. Each pontoon boasts a buoyancy of 2,400 lb.

“We wanted to ensure stability as too much rocking would cause the water to slosh out, so the Hot Tub Boat is significantly overbuilt,” said Estabrook. “She draws only 8 inches when loaded with 1,000 kilograms of water and 10 people squished in.”

The only technical hiccup during Wednesday’s fireworks launch was a detached blue disco ball, which became dislodged during some last minute repairs.

While the boat was heading out of False Creek and into English Bay, it was pulled over and inspected by the Vancouver Police Department.

“The only mandated modification the police made was the immediate attachment of the ball, but they were quite friendly and joked around about it.”

Estabrook plans on taking the Hot Tub Boat out to sea and challenge its capabilities, but it will not be anytime soon with warm weather in the forecast.

“As avid sailors and outdoor enthusiasts, we wanted it to be fully sea worthy so that we could take it on adventures,” he said. “When it cools off enough to survive the 10-12 hours in the hot tub, we plan to make a voyage across the Georgia Strait… because we can.”

For photos and videos of the construction process, check their website: http://www.hottubboat.ca/ 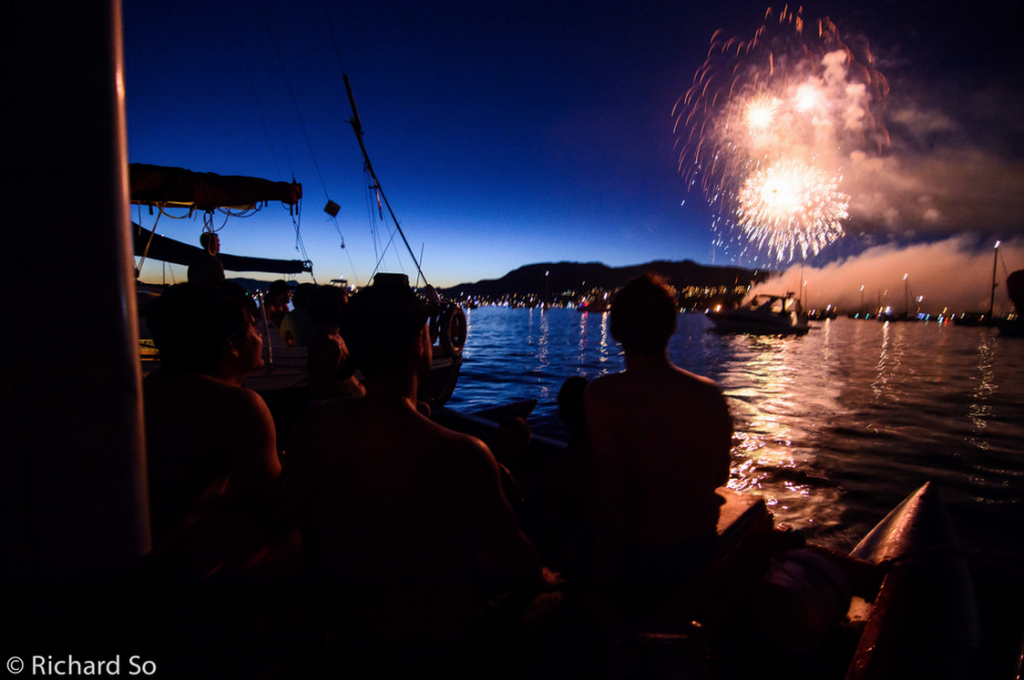 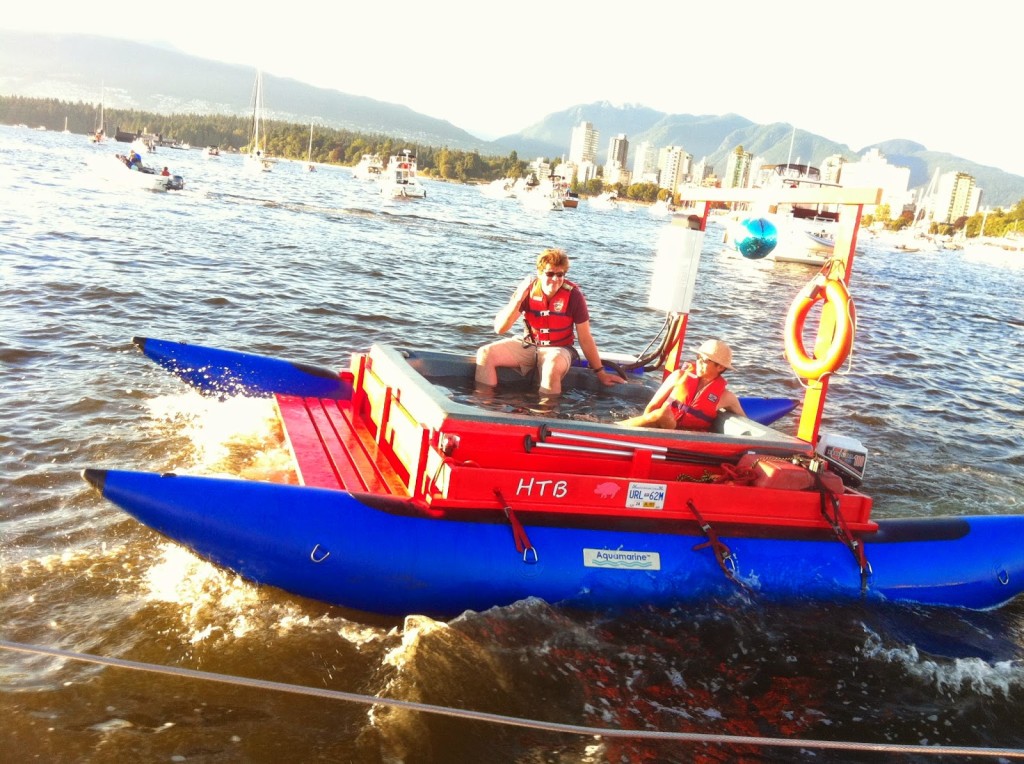 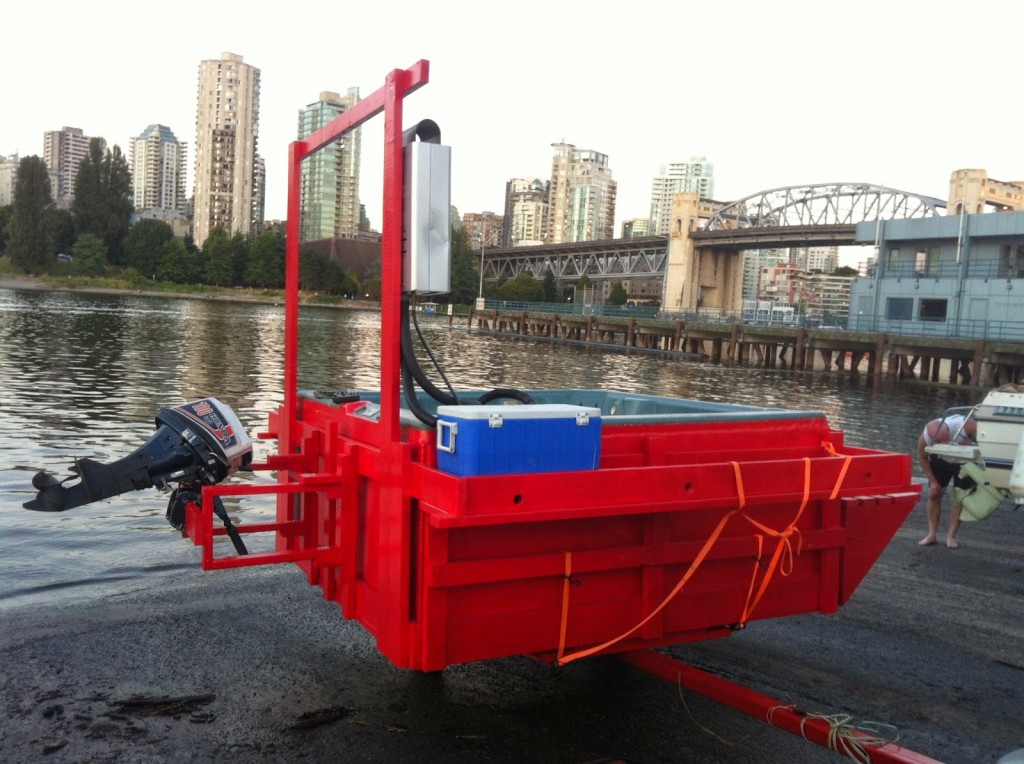 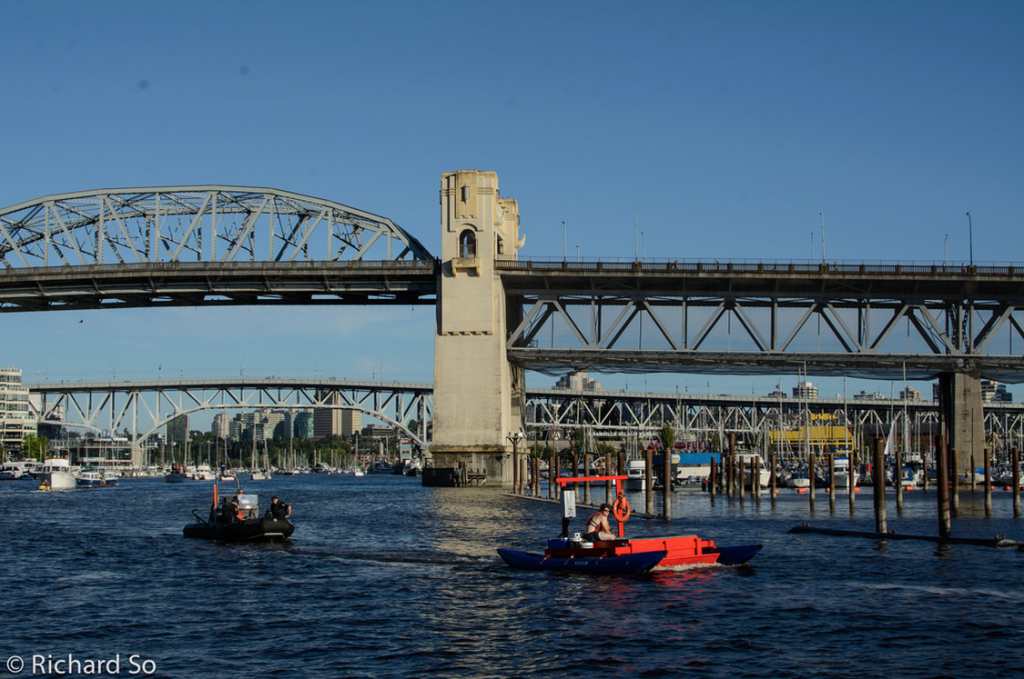 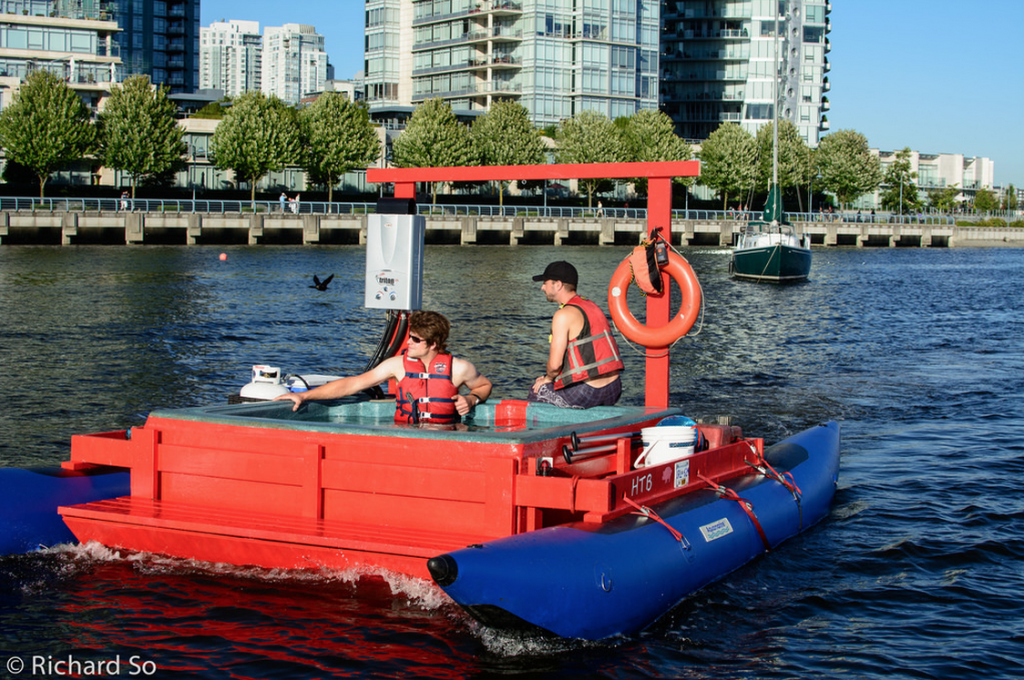 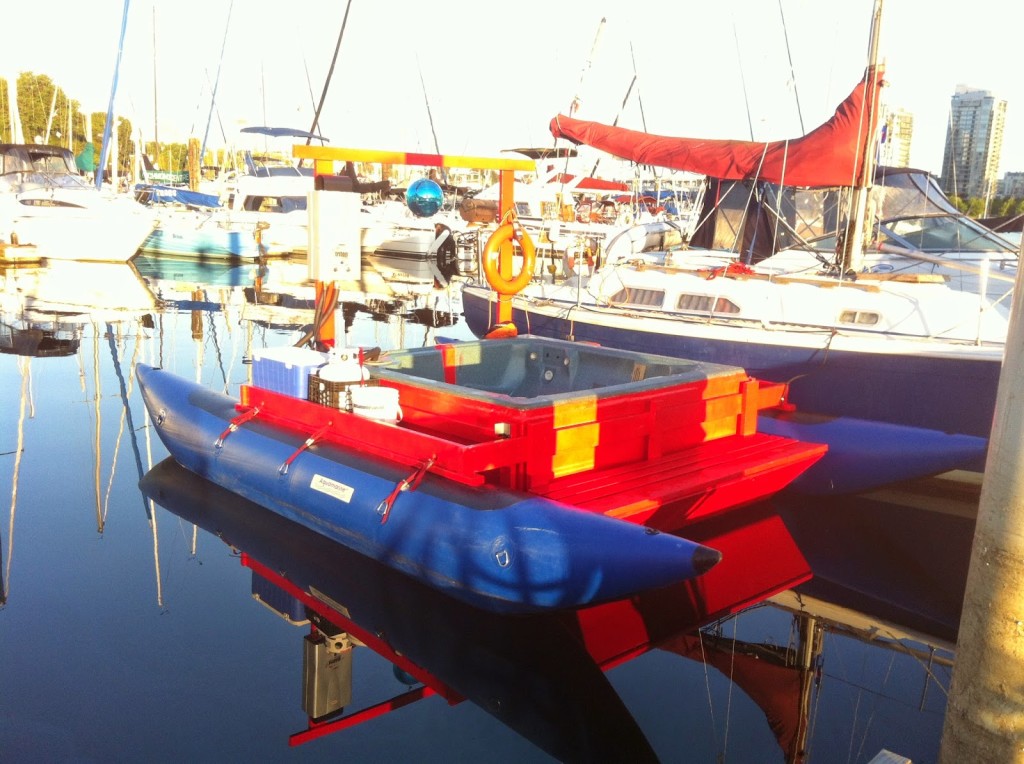 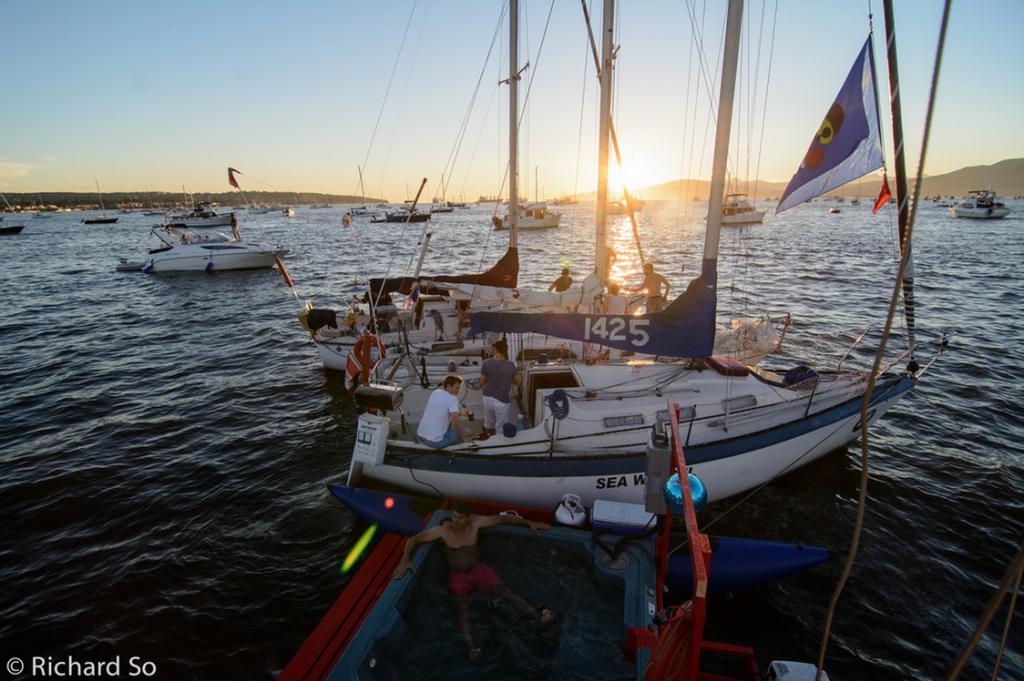 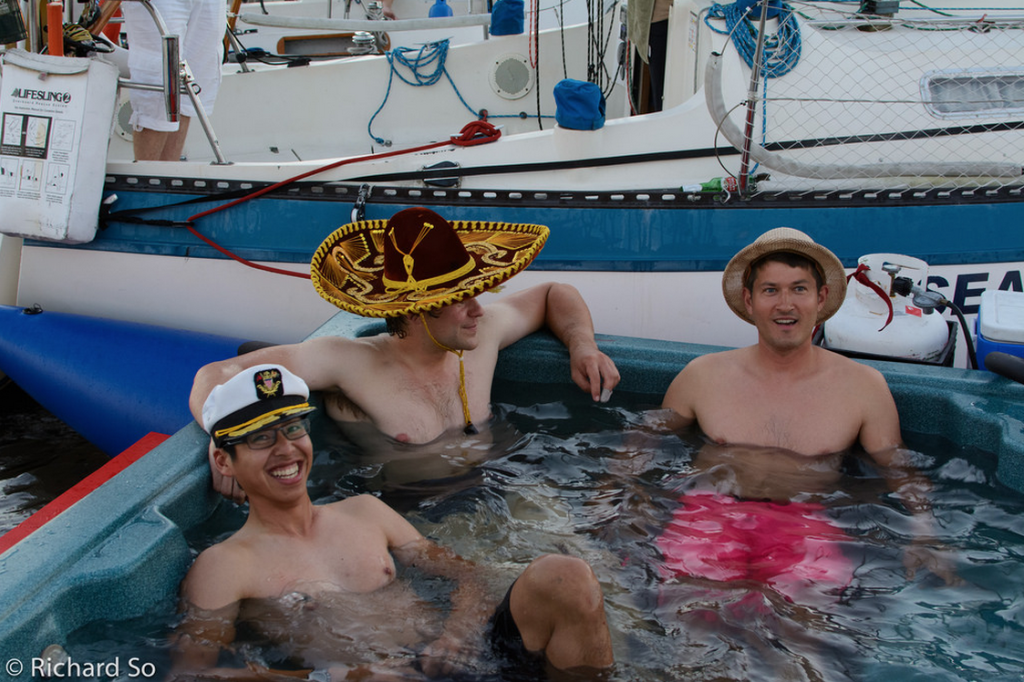 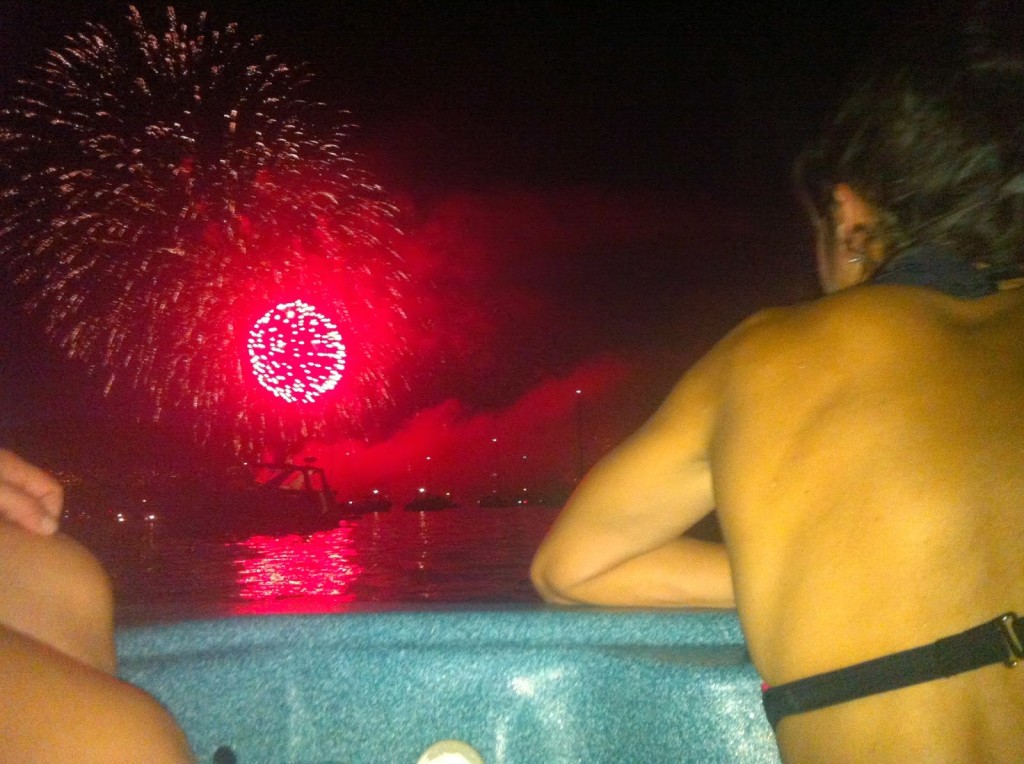