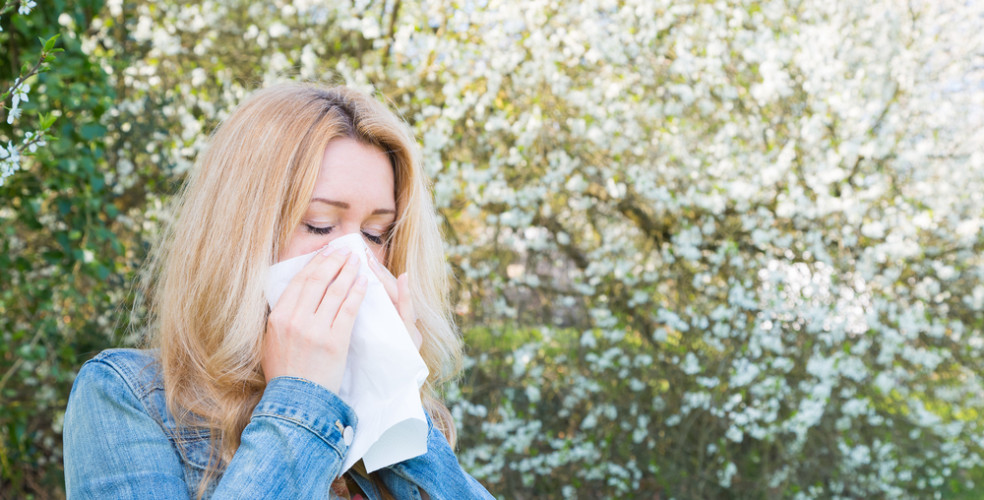 Watery, itchy eyes, a stuffed nose, constant sneezing – many of us know how awful allergy season can be, and it seems Vancouverites will need to brace themselves for a long, rough one this year.

Dr. Donald Stark, an allergy and clinical immunology expert at UBC, says our mild winter has contributed to an early start to the season.

“The tree pollens, which are the first of the pollinating plants that cause allergy problems, have come out earlier,” he tells Vancity Buzz. “They’re also out in higher amounts earlier than usual.”

As a result, our allergy season will not only be longer, but more intense, says Stark, and you might not even realize you’re experiencing seasonal allergies.

“Of the patients who we do see regularly, they are complaining of more severe symptoms starting earlier.”

“Often for people who have not experienced symptoms in the past, they think it’s just a common spring cold, but usually the symptoms go on much longer than a common cold, which lasts a week at most, and often they become much more noticeable when they’re outside than when indoors,” he says.

Regularly taking over-the-counter antihistamines can help greatly reduce your symptoms, but they only work if you start taking them at the appropriate time in the season.

“Often people are starting too late in the season when their symptoms are really quite severe when it would require prescription medication to get it under control,” says Stark.

“If people know they’re allergic to tree pollen and it’s been a mild winter, we often tell people to start their medications by February 1 – if it’s been a colder winter, they usually have more time.”

Stark has been studying tree pollen in Vancouver for the past 30 years, and he says trees have started pollinating an average of two weeks earlier than when data was first collected. In addition, Vancouver has a diverse set of plant species that pollinate at different times, which adds to the extra long – and intense – hay fever season.

“The tree season typically goes until about May – unfortunately people who are allergic to tree pollen are also allergic to grass pollen, which starts about that time.”

“We have one of the longest tree pollen seasons in Canada, being that it starts early from the milder environment, but we also have trees that cross react, so we get one tree like hazelnut and then alder, and then birch and then oak – and so you get this continuum of tree pollen that lasts much longer.”