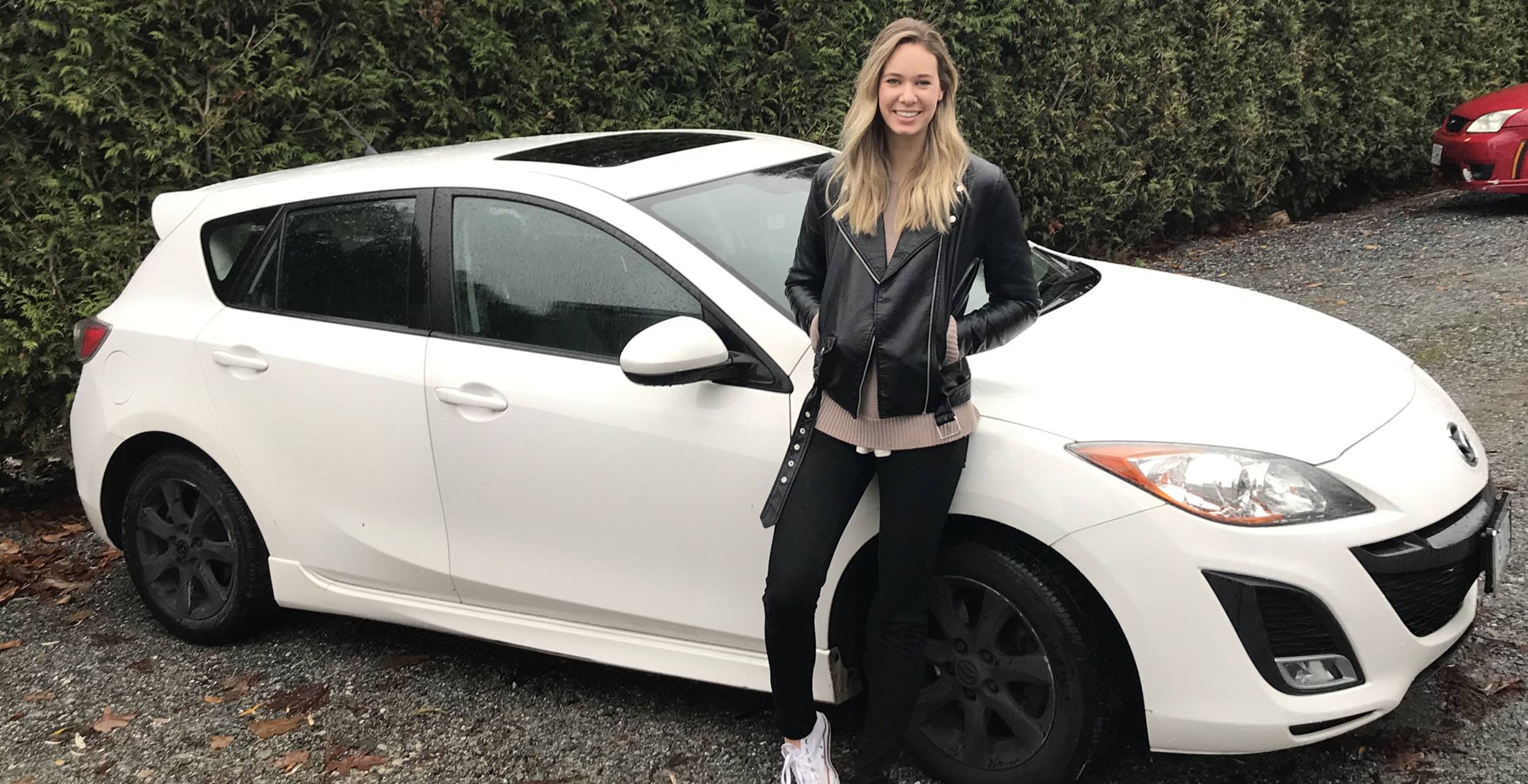 A Vancouver woman says she is “beyond thankful” after a Facebook post about her stolen car connected her with a police officer who tracked down the vehicle.

“Tuesday morning, I went to go to work, but my car was gone,” she said.

She called the police on Tuesday, but there were no witnesses, and the car was simply entered onto the police database as a stolen vehicle, police confirmed.

That day, Westlund took to Facebook to try to find her car, which she has had for five years, and originally cost her $15,000.

By Tuesday night, her post was shared far and wide, attracting the attention of long-distance relatives, angry friends, and one Ray Wong, a Vancouver police K9 officer.

That’s where the Vancouver Police Department pick up the story.

According to Sgt. Jason Robillard, on Wednesday, the day after Westlund’s car was stolen, two plain clothes officers spotted the vehicle, being driven by a man.

“After carefully and quickly weighing options, officers chose a safe location and moved in to make the arrest.”

A 30-year-old Vancouver man was arrested, and police are requesting charges of Possession of Stolen Property, Possession of Break in Instruments and Driving while Prohibited.

Westlund’s beloved Mazda was recovered, but for the moment, she had no idea – until Wong reached out to her on Facebook with the good news.

“Hi Alexis. You don’t know me, but I saw ur post as a friend shared it!” he wrote in a direct message to Westlund on Wednesday afternoon.

“We worked the file for over 24 hours with our surveillance team… It was a team effort. Anyways we are glad you are reunited with your car.”

Westlund got her car back later that day, and naturally posted on Facebook to let everyone know she and her Mazda were back together again.

“There may be some bad people out there, but there are even better people willing to make things right,” she wrote.

“I am incredibly thankful for those who both shared my post and for the team that worked so hard to get my car back to me.”