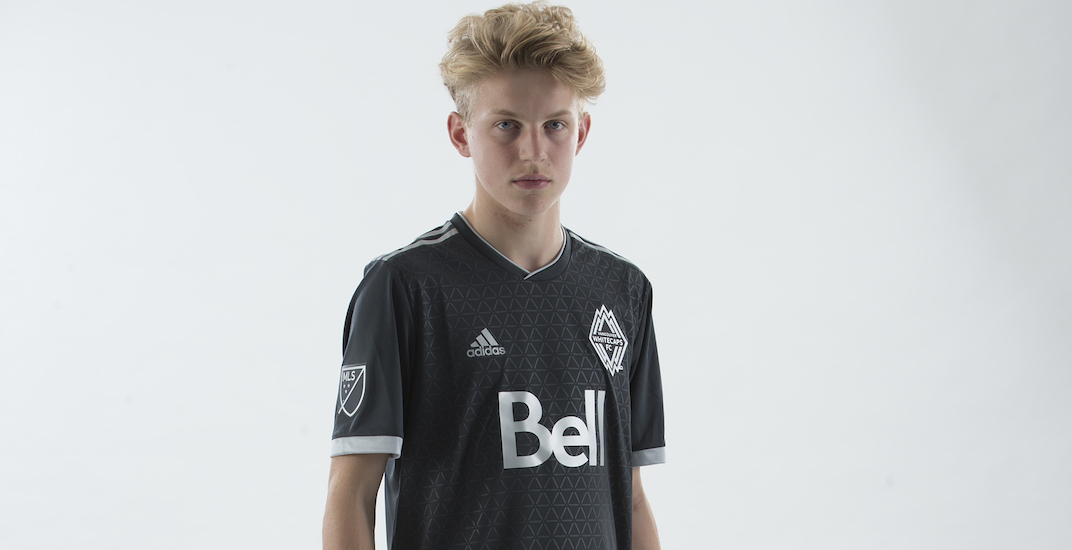 Move over Alphonso Davies, you’re not the youngest player on the team anymore.

The Vancouver Whitecaps have signed someone younger than Davies, inking 16-year-old Residency attacking midfielder Simon Colyn to an MLS Homegrown Player contract. The contract is a multi-year deal with options through 2022, for the Langley native.

“It’s great to have another local boy come through the system,” said Whitecaps FC head coach Carl Robinson. “Simon has done very well with the Residency program and showed no fear when he came into the first-team group in preseason. His work ethic and temperament are spot on and I see something in him that I don’t see in many young players. Simon has earned this opportunity, but this is the first step on the ladder.

Colyn, who just turned 16 last month, becomes the 15th-youngest player in league history to sign a Major League Soccer contract. He joins the Whitecaps after participating in their preseason camp in Hawaii this winter, where he showed off his skill on the pitch, as well as his lack of singing skill off the pitch.

Luckily he won’t be relied upon for his voice.

“I want to thank all the Whitecaps staff, my coaches at Surrey United and Langley United, and of course my family for helping me get to this point,” said Colyn. “This means a lot to me. I grew up watching the Whitecaps and now I’ve made my steps up the ladder with Residency. I know this is only the beginning and I’m very excited to get going and prove myself to the coaches.”

Colyn joins Sean Melvin and David Norman Jr. as three local players from the Whitecaps’ development system signed to MLS Homegrown contracts in the past five months. The Whitecaps now have three teenagers on their first-team roster, with Colyn, Davies (17), and Norman (19) in the fold.