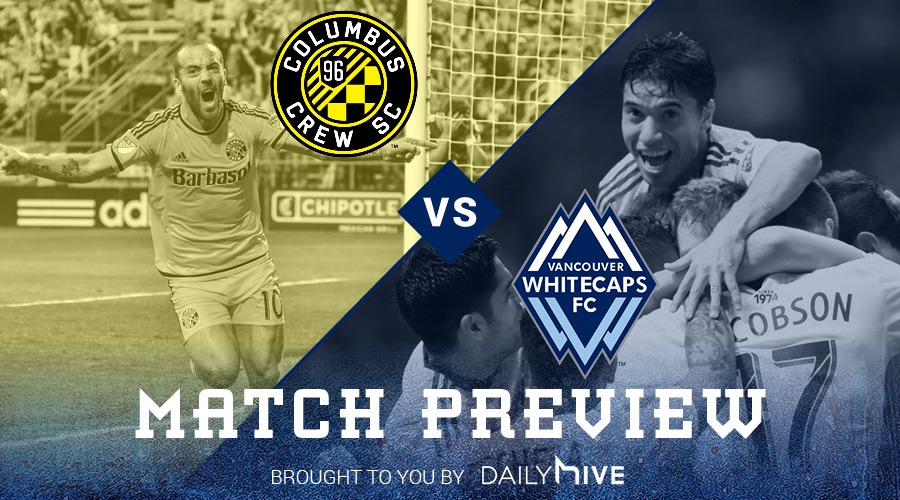 This Saturday’s match features a team that has seen its status go from promising conference powerhouse to hot garbage over the course of the 2016 season.

A star striker has left the team. A former playmaking dynamo has been a shadow of his former self. The younger players, many of whom were heralded as the next big step for the team, have stagnated and possibly even regressed.

Oh, and the Vancouver Whitecaps FC will also be playing.

Isn’t it fun to know the Whitecaps aren’t the only franchise struggling with a seemingly counter-intuitive epidemic of mediocrity?

The man up top

The player that took most of the headlines after last week’s disappointing 1-0 loss against the New York Red Bulls was Whitecaps striker Eric Hurtado.

Hurtado was credited with a team-high seven shots, all of which failed to hit the target. Officially, it was six shots off-target and one shot blocked, though that changes absolutely nothing about Hurtado’s on-target percentage in the game: 0.00%.

At one point, the soccer gods smiled on Erik Hurtado. Today, they laughed in his face. #VANvNY https://t.co/tR0JQsES8t

In fairness, Huratdo was no better or worse than his teammates in shooting accuracy on the day, as the final tally saw all 12 of Vancouver’s shots fail to connect with even the goalkeeper, let alone try to find an empty part of the net. Way to waste 22 crosses, guys!

Still, it means Hurtado has scored as many goals as he did in 2013 and 2015: zero. It’s really simple, folks. If you’re a striker, the hard truth is that you have to either score goals or help score goals to justify your paycheque.

Hurtado does have one assist this season, so at least it’s not goose eggs across the board. However, when one assist is your sole bright spot to contrast a 20.8% SOG percentage, zero goals, and a league goal drought stretching back to September 13th, 2014 – a goal as a substitute in a 2-1 loss to FC Dallas – that’s an unqualified disaster of a season.

If Hurtado plays against Columbus, it will be a sign of the mammoth amounts of patience and faith head coach Carl Robinson and his coaching staff have in grooming young players. Even I, a staunch defender of a “play the kids” approach to squad selection, would be hard-pressed to go the same well that has come up dry for two years.

At any rate, a healthy Masato Kudo should be a lock to start this game. That said, anything less than full match fitness and Hurtado gets the start by default.

Maybe this will be the game he finally gets one in the back of the net.

Don’t bet the house on it.

The battle against mediocrity starts at the back

For all the lamenting I and others have done about the Whitecaps’ inability to score, an equally pressing concern remains the inability to stop others from scoring.

Sounds bad, right? Horrifyingly, that run is better than their season average to date: 44 goals conceded in 28 matches, or 1.571 GA/G.

For context, 44 is tied with the Portland Timbers for worst in the Western Conference and with both Portland and the Philadelphia Union for fourth-worst in all of MLS. The difference is that both the Timbers and Union have been able to score their way out of trouble to paper over the troubles at the back. Vancouver has not.

Let’s not get away from the main point, though. I did not think I would be reading out defensive stats like these for the ‘Caps based on the formerly-bedrock-solid defence trending in the right direction the past two seasons (2014, 40 GA; 2015, 36 GA). Only now, with the season all but lost, are we seeing hints of that old stingy team from yesteryear.

At least the Whitecaps look like they've finally found their midfield. Laba and Teibert have been crushing it. #VWFC

Good defence makes a good team. Heck, look at the Colorado Rapids, a team many pundits wrote off as a dumpster fire based on their preseason. They have scored 28 goals this season, second-worst in the entire league behind only the San Jose Earthquakes (26 GF). However, they’ve only conceded a mind-boggling 24 goals and, as a result, are sitting pretty in 4th place.

The finishing may have been absent last week. The threatening counterattack wasn’t.

A threatening counterattack takes pressure off the midfield and defence. If the ‘Caps can bring that same combination of pace and service to Columbus, it’s only a matter of time until somebody – anybody – bags a goal. Optimism!

Plus, it’s not like you’re going to get any easier matches in these final six matches. This is the second-worst team in Major League Soccer.

Two anemic attacks, two questionable defences… It all comes down to who has the tools to fix their game plan.

0-0 Draw. To be fair, the last time I predicted a draw and casually opined a positive result in Vancouver’s favour would be wishful thinking, the positive result happened. In that case, gee, wouldn’t a 2-0 win with Erik Hurtado scoring just be super swell?