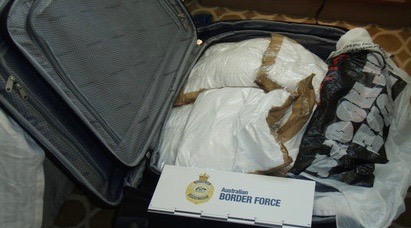 I can’t really take credit for that title: it’s borrowed and combined with some of my thoughts on what Vancouver really should be.  (And maybe, if we’re lucky, already is.)

The thinking behind the sex metaphor goes like this: innovation tends to happen most rapidly in “clusters” – that is, cities with high concentrations of talented people who keep bouncing off one another while they muse about things like the applications of technology to society.

Each person’s ideas keep bumping up against someone else’s odd ideas until, eventually, the most interesting ideas get together and create something wholly new.  There’s some math involved, but basically this innovative coupling increases exponentially as the number of people in the cluster goes up.

So, as with sex, more is better.

(If you want to follow this line of thinking much, much further, watch this video by Steven Johnson and / or check out his awesome book.)

Now, I don’t think that this concept itself is necessarily new, but it seems to be missing from the present back-and-forth on what’s happening (or not happening) in the Vancouver game industry.

Lately, with all the negative developments in our game industry, I’ve been thinking about innovation: specifically, where it happens.  And where it doesn’t.  Places like New York, Austin and Silicon Valley always seem to be getting lots of action when it comes to innovation: they churn out a seemingly endless supply of good ideas, talented people and useful products.

Other places seem to be perpetually stuck on first-and-a-half base and can never quite figure out why.

Usually, the reason is a lack of talent: you really can’t have too much it.

Most cities recognize this and spend a lot time and effort cultivating a network of universities, colleges and other post-secondary schools.  Vancouver is no exception: there are several really great schools in this town… and I think I’ve lectured at most of them.

But an abundance of talent is only one of three essential conditions for a viable innovation ecosystem.  The other two are capital and clients… both come down to the cash needed to get these innovations off the ground.

Now, Vancouver doesn’t have a relative abundance of either capital or clients, so we have to work a little bit harder at things… and REALLY make sure we keep that number of talented people as high as possible!  We really need to be on our game if we’re going to attract and retain the attention of those people with good ideas that are looking for other compatible people.

This is why the recent dry spell in the game industry should get our collective attention.  Super-talented folks at all levels of the industry have suddenly found themselves out of a job.  Or converted to contract work.  Or relocated to Toronto.  Or just looking over their shoulder with worry.

Uncertainty is in the air and, in a city this expensive, people start to stare hard at their personal bottom line… and suddenly those come-hither looks from Toronto or Montreal become a lot harder to ignore.  So our one true advantage – talent – is suddenly starting to slip away.

Can we do something about this?  Sure.

This is why we’ve started the Can We Do It campaign (www.can-we-do-it.com) to kickstart the innovation industry here in town… over 1,000 downtown urbanites have already signed up to be part of it.  if you think this is important, you should go there and sign up today.  Like now.  Make your clicks count, etc.

We were a top-notch innovation centre just a few short years ago – we can still reclaim that world-class mojo.   But we need people to start taking it seriously… or we might find ourselves in the mother of all dry spells.

The following article was written for Vancity Buzz by Matt Toner.

Matt Toner is an entrepreneur and video game industry vet, who’s played a big role in shaping BC’s local tech culture (he’s taught at SFU, the Art Institute; helped set up the Game Design program at VFS and is now a Visiting Professor at the Center for Digital Media). His tech company, Zeros 2 Heroes creates entertainment properties, helping animation studios and tv & film producers bridge the digital divide. http://zeros2heroes.com/ He’s also had a founding role in many companies and innovations in the digital and broadcasting worlds over the years.