On February 4, local developer Bosa Properties is hosting a public open house for their one-of-a-kind residential tower proposed at 1500 West Georgia Street in downtown Vancouver. Here, you’ll have the opportunity to see the design and give your feedback to the project team before an application is submitted to the City of Vancouver.

Designed by German-born architect Ole Scheeren, pieces of the 43-storey condo building project horizontally, adding a distinctive silhouette to one of Vancouver’s busiest gateway streets. The proposal also includes the addition of new retail space, revitalizes the existing water feature, and reimagines the use of the public plaza to connect West Georgia and Alberni Street.

After completing dozens of projects around the world, this will be Scheeren’s first in North America. In addition to numerous awards, the firm recently won the World Building of the Year Award at the prestigious World Architecture Festival 2015 for The Interlace in Singapore.

The West End Plan, approved by City Council in November 2013, designates Georgia as one of the streets for taller buildings and higher density to deliver funds for local amenities through Community Amenity Contributions. 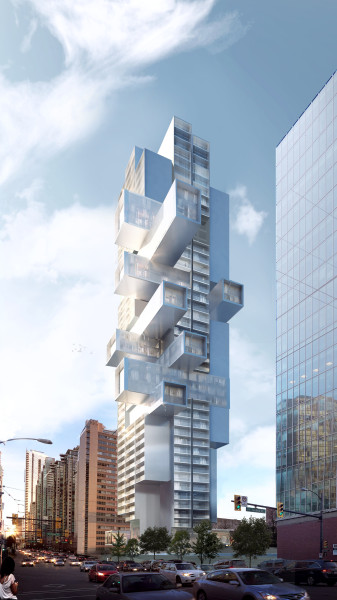 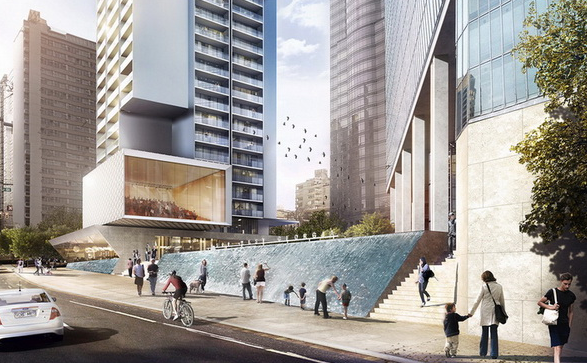 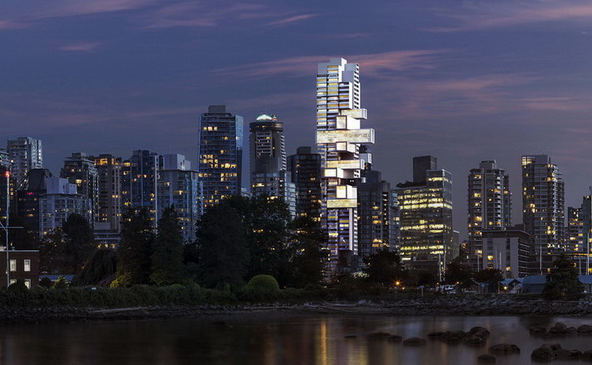