Accountants in Vancouver better have their online accounting software armed and ready. According to figures released by Environics Analytics, Vancouver was Canada’s wealthiest city in 2011. Toronto, Calgary, Montreal and Winnipeg rounded out the top five.  It should be noted that majority of Vancouver’s wealth does come in the form of our high house prices ( home to 4 of the top 5 most expensive homes in the country). For the purposes of this study, wealth was defined as the sum of household’s assets less debts (including mortgage)

The fact that Vancouver came out on top after taking mortgages into consideration is somewhat surprising. Perhaps, there is more money in Vancouver than majority of us are aware of for the simple fact we don’t run in the same social circles as the “elite”.

The top 5 Canadian Cities for Wealth

The figures were released in WealthScapes 2012, a report by Environics Analytics and first reported by the Globe & Mail 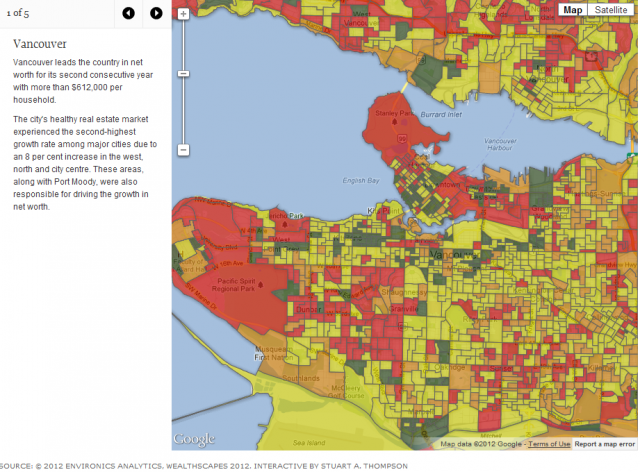