“We have no greater priority than preserving life,” says Chief Constable Jim Chu. “We have targeted those we know who are most capable of murder and then we get them off the streets before they can kill or be killed.”

The Vancouver Police Department does this through careful intelligence analysis leading to proactive investigations into criminal conspiracies and other serious murder pre-cursor offences, simply making it very difficult to engage in “gangsterism” in Vancouver.

The result: Last year Vancouver recorded six homicides. It reflects a steady decrease from past years when Vancouver has recorded over 40 homicides per year.

In nearly every category Vancouver continues to be a safer city:

“While we have hit our goals in reducing the numbers of property crimes, they are still unacceptably high,” says Chief Constable Jim Chu.

“There is not a member of the VPD, sworn or civilian, who is not tasked in some way with helping to reduce property crime in our city. We are also proud of the efforts of our hundreds of volunteers in programs like Community Policing Centres, Block Watch and Citizens’ Crime Watch.”

However, the apprehension of individuals with an mental disorder or who are a danger to themselves or others has steadily risen annually by 8 per cent from 2,278 in 2010 to 2,872 in 2013. Once apprehended, the individual must be presented to a medical practitioner to be cleared medically and properly diagnosed.

While crime prevention programs and information campaigns are a useful tool in driving crime rates down, in some cases increased awareness can actually contribute to higher rates of reporting of crimes. When victims are encouraged to step forward, that increased reporting is sometimes reflected in higher crime stats as we have seen in sexual offences.

“The majority of these offenses are stranger gropings, and we believe more used to go unreported,” says Chief Chu.

“We are grateful to the women who have the courage to step forward and report these assaults because only then can we amass the evidence we need to put these criminals away and stop them from attacking another woman.”

Priority One response times have fluctuated by seconds over the past six years but continue to stay stubbornly in the ten-minute range.

“There are many calls that are categorized as Priority One, but when a life or death Priority One call comes in, our officers fully expect to be on scene in under five minutes or less,” says Chief Chu.

“Vancouver continues to make progress on our goal to be the safest major city in Canada. Two-Thousand-Thirteen’s record low murder rate is just one of many positive trends we’re seeing, as we work to build stronger, safer communities,” says Mayor Gregor Robertson, Chair of the Vancouver Police Board.

“I want to thank Chief Chu and the men and women of the VPD for their dedication to keeping Vancouver safe 24/7. I also want to recognize the hundreds of volunteers who contribute their time to making Vancouver a safer city through our community policing and Block Watch programs. We still have work to do, but together we’re making progress on improving safety in neighbourhoods across Vancouver.” 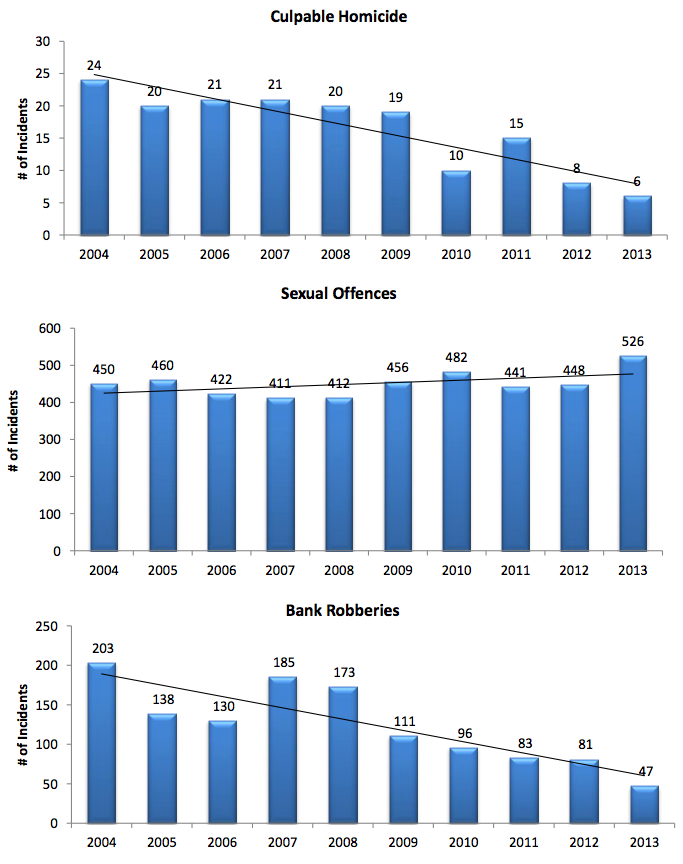 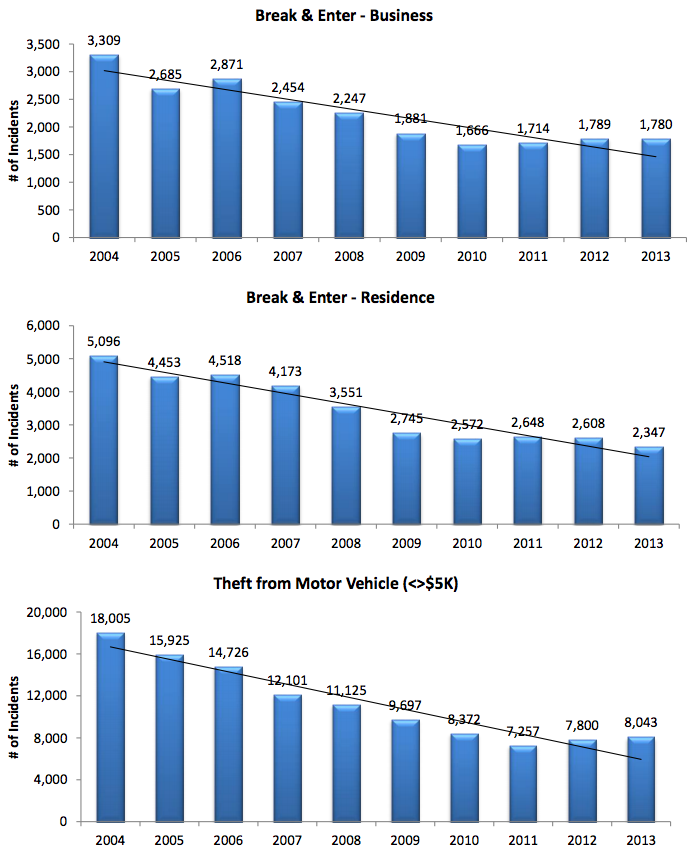