The provincial government wants the City of Vancouver to “take a pause” with its plans to demolish the Georgia and Dunsmuir viaducts.

“Nothing is a done deal here with the viaducts,” said Transportation Minister Todd Stone. “I’ve checked with my officials, it has been a couple years since there were any serious attempts on the part of the City of Vancouver to reach out to PavCo, which owns and operates B.C. Place.”

The City’s post-viaducts plan includes building a ramp between B.C. Place and Rogers Arena, on PavCo-owned land where the main loading entry area into B.C. Place is located, for the extension of West Georgia Street to Pacific Boulevard. The ramp could also affect a potential development site on the southeast corner of the stadium.

In response to the statement, Vancouver City Councillor Geoff Meggs rejected Stone’s claim that the municipal government had not performed its due diligence.

“The City would not have started down this road if it was not possible to make sure there was a clear way that all of the concerns of B.C. Place were met,” Meggs told Vancity Buzz. “Now that Council has made a decision with the replacement, they have to get down to details… it’s not something that was left to chance.

“Based on conversations that happened over eight meetings with technical staff of Pavco, the discussions and proposals made by the City would be viable.”

As well, Meggs noted the potential opportunities of a larger park and that the plan could lead to a higher payoff for the provincial government from its decades-old deal with Concord Pacific over its share of revenues from the development of the former Expo fairgrounds at False Creek.

“The only thing I regret is that Minister Stone probably hasn’t been briefed on the opportunities here.”

But the crown corporation responsible for B.C. Place mirrored Stone’s statements and rejected the assertion that necessary in-depth discussions over the technical and financial matters had been ironed out prior to Tuesday night’s City Council approval.

“PavCo has had limited technical discussions with the City of Vancouver’s planning department outlining our expectations and concerns regarding access to BC Place Stadium,” Duncan Blomfield, a spokesperson for PavCo, told Vancity Buzz today.

“As Minister Stone noted, there is a need for more meaningful consultation between PavCo, the City and the Province, along with consultation with First Nations. If PavCo’s concerns are adequately addressed we will be open to working with the city on solutions related to removal of the viaducts.”

A letter to the Mayor and City Council from PavCo’s interim President and CEO Ken Cretney dated October 6 expands on the preliminary nature of the process between the government entities and highlights the provincial government’s key issues with the plan.

“We note that there has been only limited technical discussions between PavCo and City staff on the Viaduct removal since mid-2013 and PavCo only recently received several relevant technical reports on the project in late-September 2015,” Cretney wrote. “PavCo does not have yet available financial resources to prepare for and engage in detailed negotiations in connection with any proposed Viaduct relocation project.”

“The Province has respectfully suggested that it is premature and inappropriate for the City to refer to any commercial arrangement the Province may have in relation to the previous sale of Provincially-owned False Creek lands in the Public Report on the Viaduct removal project, or to make any public suggestions that the City may or should share in the proceeds of such arrangements should they eventually materialize.”

Cretney adds that PavCo and the provincial government have not agreed to the removal of the Georgia Viaduct or the plan to extend West Georgia Street over PavCo property. 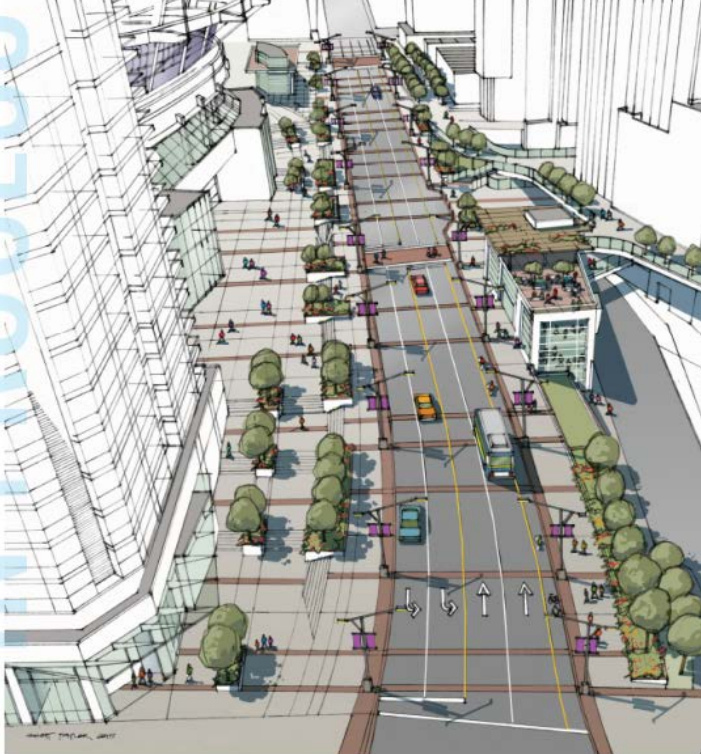