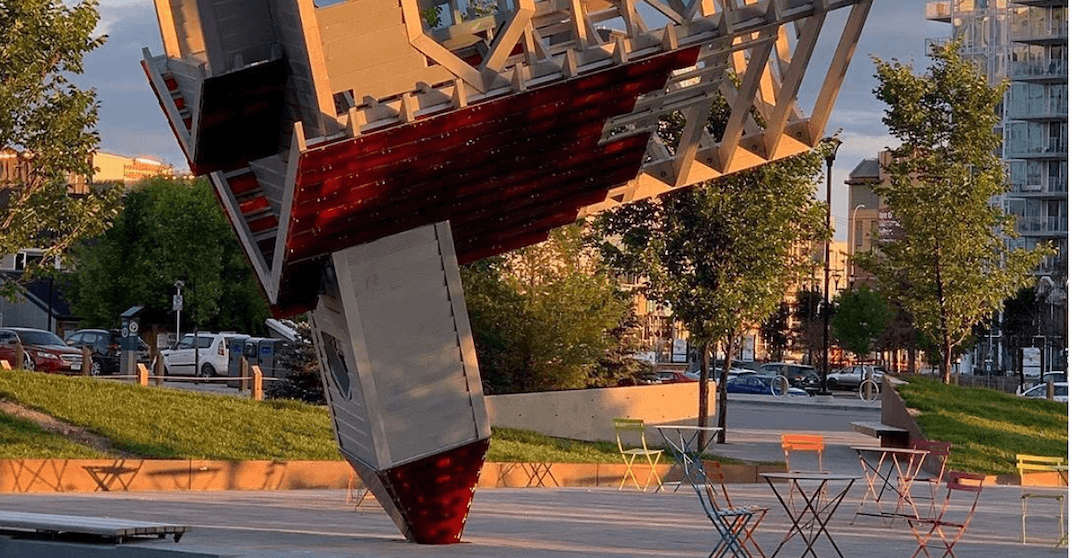 Earlier this month, seven billboards along Arbutus Greenway had to be covered up after people complained that they were “frightening” and “evoked the ongoing opioid crisis.”

The pieces were supposed to be on display until May 21, but were taken down just two days after being installed.

This isn’t the first time Vancouver’s public art scene has turned heads. The city has had its fair share of unusual installations, from upside-down buildings to gum-covered faces.

Below, check out five of Vancouver’s most eye-catching pieces of public art.

Device to Root Out Evil

Dennis Oppenheim’s sculpture of an upside-down, New England-style church sat in Coal Harbour Park from 2006 to 2008.

Part of the Vancouver Sculpture Biennale, the piece was built with the church’s steeple pointed into the ground.

Like Shearer’s billboards, the Device to Root Out Evil was met with criticism and eventually removed from the park. It has since found a new home in Calgary. 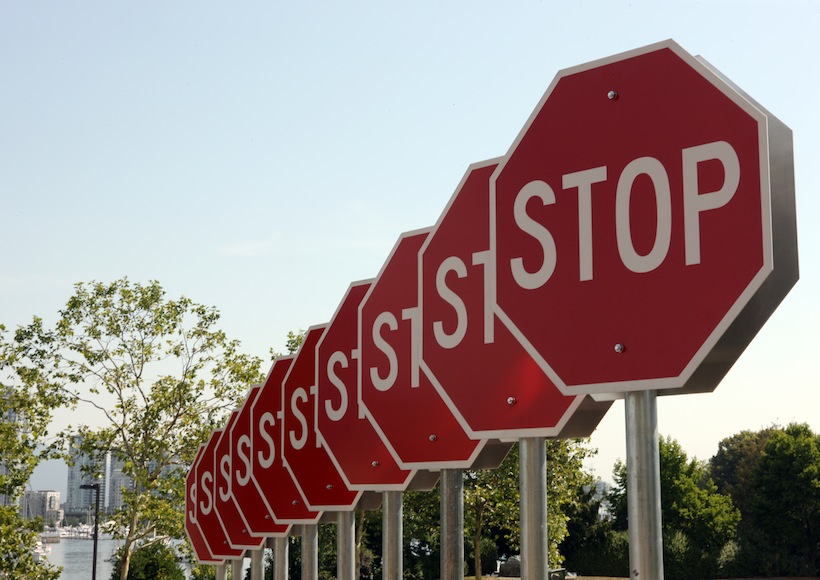 In 2009, artist Michael Zheng installed a series of stop signs with their backs painted pink in Charleson Park and Vanier Park.

The installation “subverts the power of the original sign and gives it possibilities of fresh experiences with new meaning,” Zheng writes of the piece. 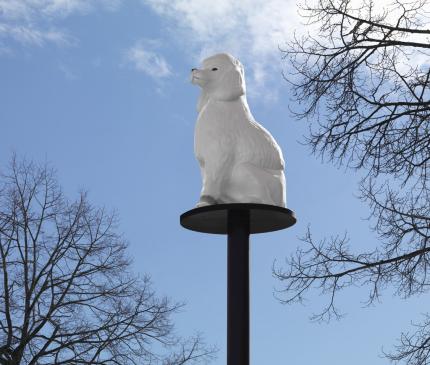 Artist Gisele Amantea’s sculpture of a porcelain poodle has been looking over Main Street and 18th Avenue for nearly a decade.

The little white dog was put in place as part of a 2012 installation called “Memento” that also featured several temporary pieces in and on trolley buses. 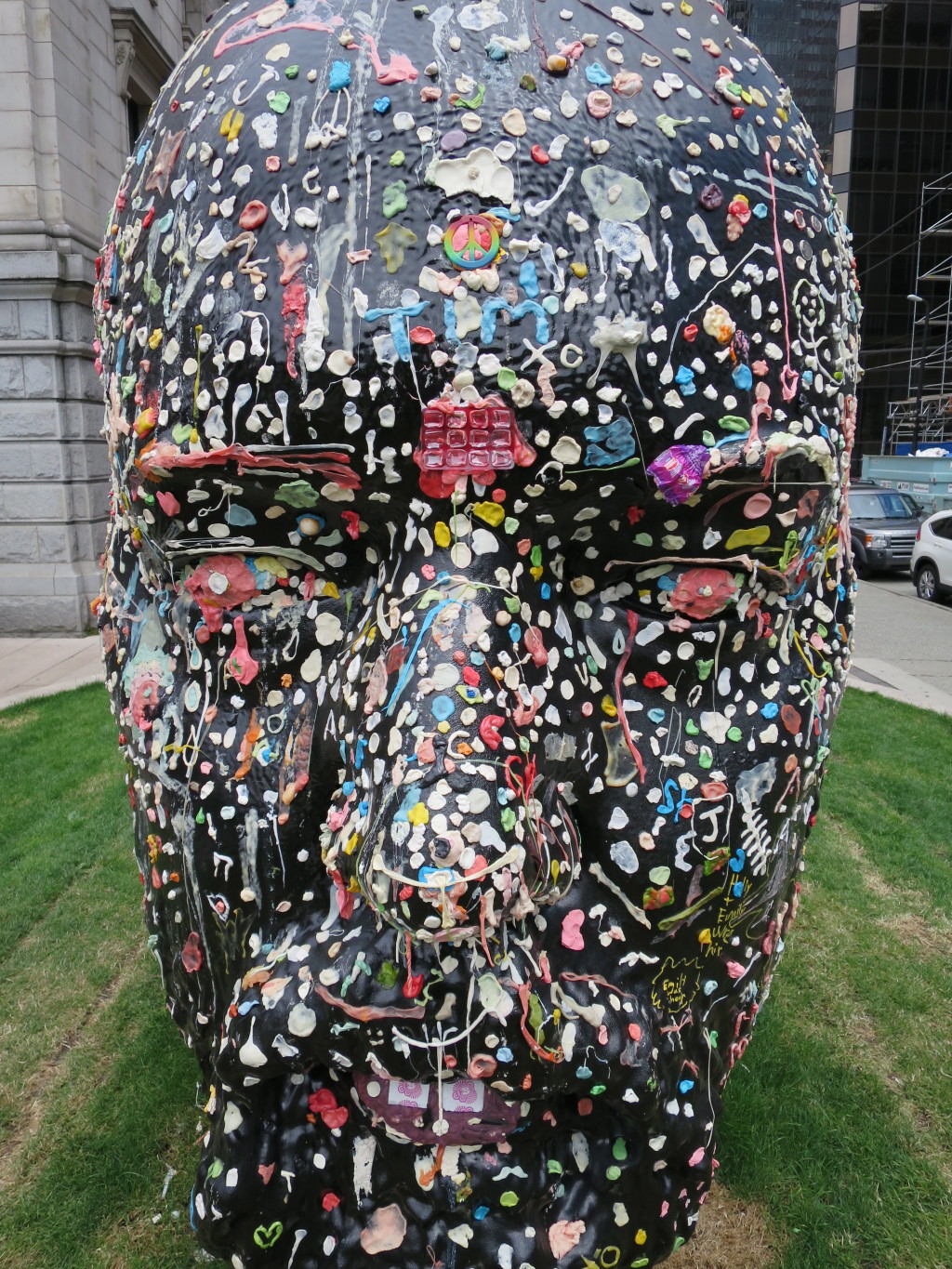 In the summer of 2014, artist and novelist Douglas Coupland unveiled his interactive “Gumhead” exhibit outside the Vancouver Art Gallery

Passersby were invited to stick their chewing gum onto the seven-foot-tall sculpture – a self-portrait of Coupland.

In only a matter of days, his head was covered in a colourful layer of bubblegum. 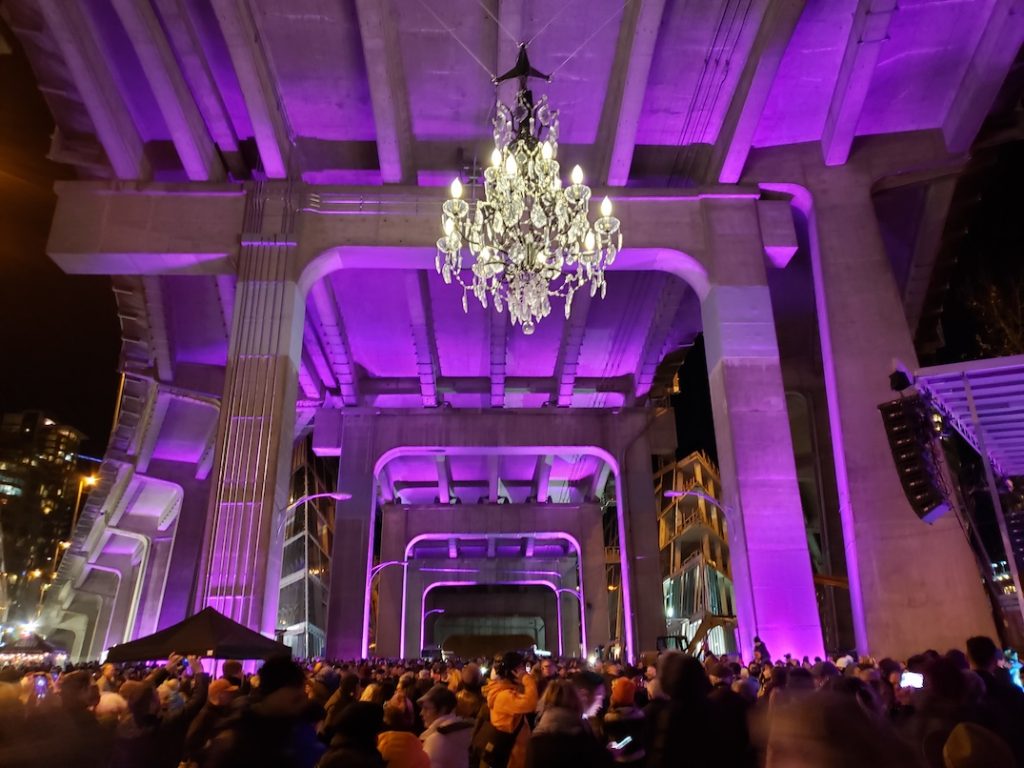 The Spinning Chandelier under the Granville Street Bridge has been twirling above Beach Avenue since 2019.

Designed by artist Rodney Graham, the sculpture weighs over 7,500 pounds. At night, the chandelier’s 600 polyurethane faux crystals are illuminated by LED lamps.