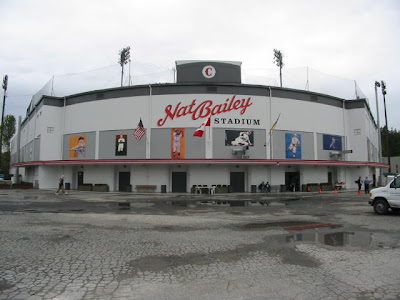 After reading the headline, like many, I was left scratching my head. How can we be considered the top sports town in North America and also place in the top 10 in the world? Is the City of Vancouver bribing the groups that conduct these studies? In all seriousness, it may not be too far fetched either, after all, we do have a very rich sports community.
First, let’s look at what we got going for us. This past year we hosted one of the most successful winter Olympics of all time. Financially, that remains to be seen, but in terms of sheer excitement and participation, we set the bar pretty high, so high that even protesters have shut up. Next, we landed the MLS, have a great minor league baseball team, the Canadians, the CFL, the Giants and of course the Canucks. Not too bad for a city of 2.5 million. However, there are many fans that want more.
On the other hand, I’d argue we lack major tournaments and races. We don’t have any major tennis tournaments, no F1 or Indy race, major golf tournament and so on Why? Dare I say the city doesn’t try hard enough to get these or perhaps, it’s simply out of their hands as major corporate sponsors make decisions out of Toronto and miraculoulsy they get the bulk of the sponsorship money. Furthermore, the NBA is gone, MLB is a pipe dream and the NFL is a mere fantasy.
I ask you, the Vancouver sports fan, what do you think of this study and where do we rank? What league or tournament would you like to see in Vancouver?
Here is a snippet from the Tourism Vancouver press release:
Vancouver has once again cracked the top 10 of the world’s ultimate sports cities as ranked by SportBusiness Group which released its results on April 27 at the SportAccord conference in Dubai, UAE.
The city finished sixth overall behind Sydney, Berlin, London, Singapore and overall winner Melbourne. However, Vancouver finished first in the medium sized city category, as well as for Quality of Life, one of the criteria in the assessment.
Twenty-five cities made the initial cut based on their history of hosting sports events and then were interviewed and ranked by SportBusiness and independent consultant Rachael Church-Sanders. The range of criteria included the number of annual sports events held, major events held or won between 2006 and 2014, numbers of federations hosted, facilities/venues, transport, accommodation, government support, security, legacy, public sports interest and quality of life.
The full results will be published in the Ultimate Sports Cities 2010 Report in May along with detailed case studies on the shortlisted cities and interesting cities that just failed to make the cut. [source: Toursim Vancouver]
VancityBuzz.com