A violent thunderstorm system formed over the Fraser Valley early Thursday afternoon, dumping torrential rain and hail over Metro Vancouver throughout the day into the evening as it slowly moved westward towards the coast.

This is the second major thunderstorm to hit the region in less than a week after the Thursday, August 29 storm that hit after dark in the late evening. According to Environment Canada, more than 1,100 lightning strikes were recorded and as much as 20 mm of rainfall within an hour fell onto the areas that were directly under the storm’s influence.

Over 1100 #lightning strikes across Metro #Vancouver, and Fraser Valley yesterday. 20mm of rain in an hour for some. pic.twitter.com/l6loKzTXTy

Flash flooding, overflowing sewers, burning and split trees, damaged homes, knocked out traffic lights and thousands of power outages were reported all day. Three horses were also killed in Maple Ridge after the tree they had been huddling under was struck by lightning.

At Vancouver International Airport, all flights beginning in the late-afternoon were either delayed or canceled and operations did not resume until just after 7 p.m. Lightning may also have been the cause for system-wide SkyTrain delays during the evening.

While it was highly disruptive and devastating for some, as the storm dissipated over Burrard Inlet and West Vancouver, it left Vancouver with the right conditions for rainbows and a spectacular orange sunset to appear.

One lucky photographer, Ted Morgan, was at the right place at right time and captured a photo of the Vancouver skyline with a double rainbow and a double lightning strike.

Photos from the Vancouver thunderstorm 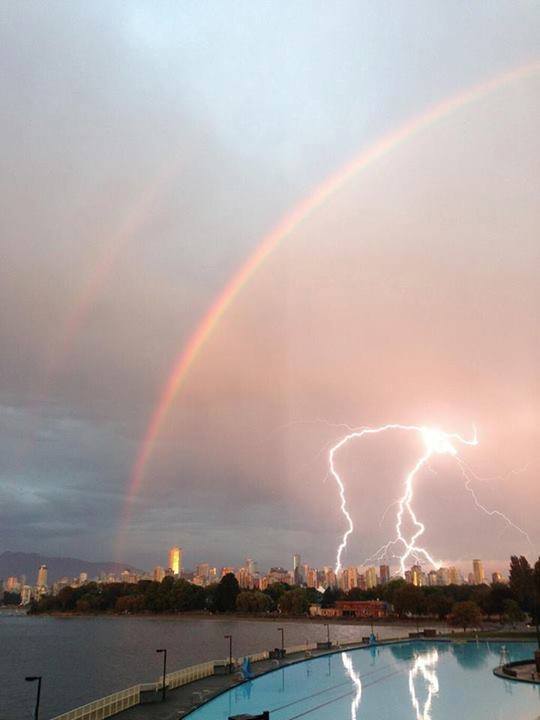 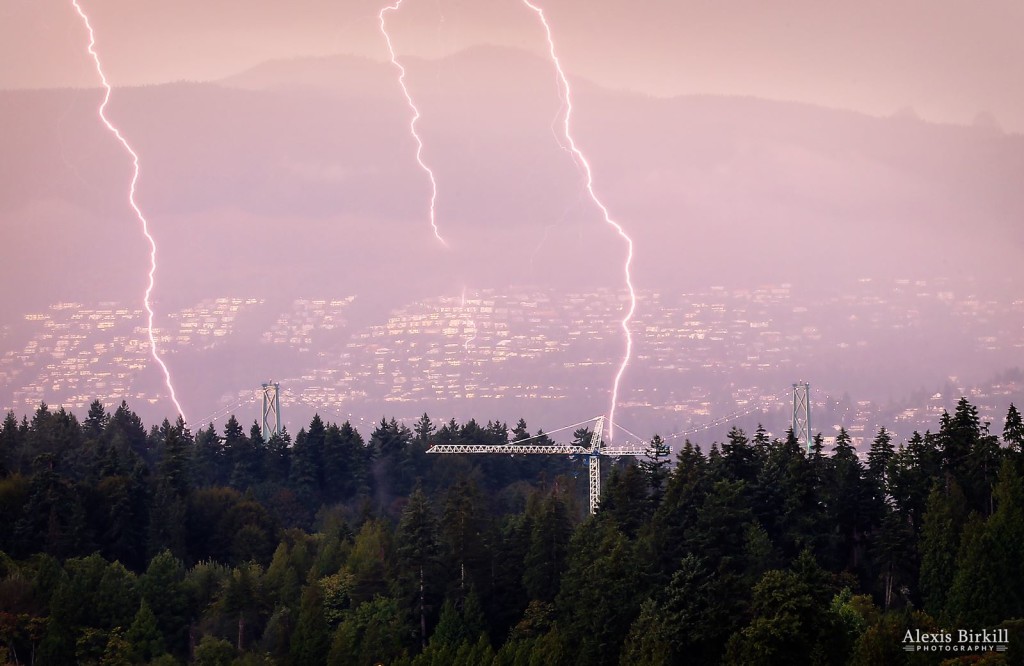 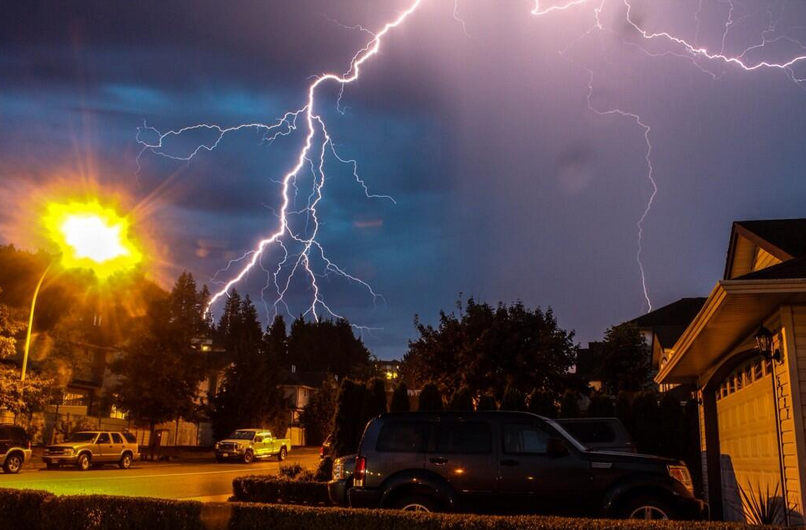 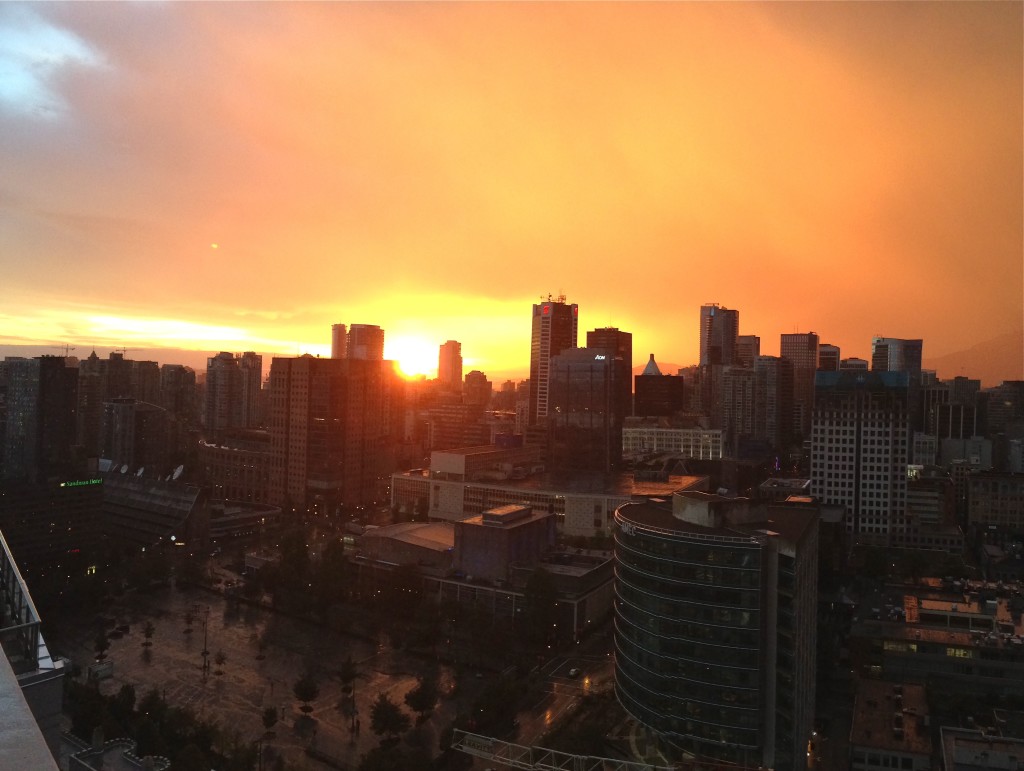 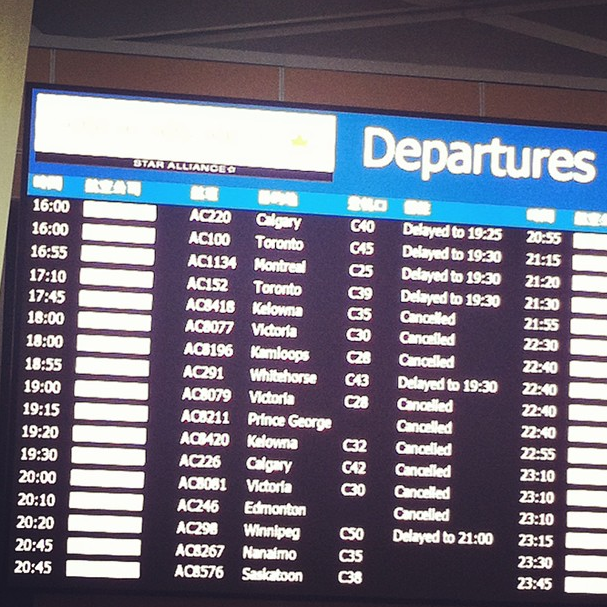 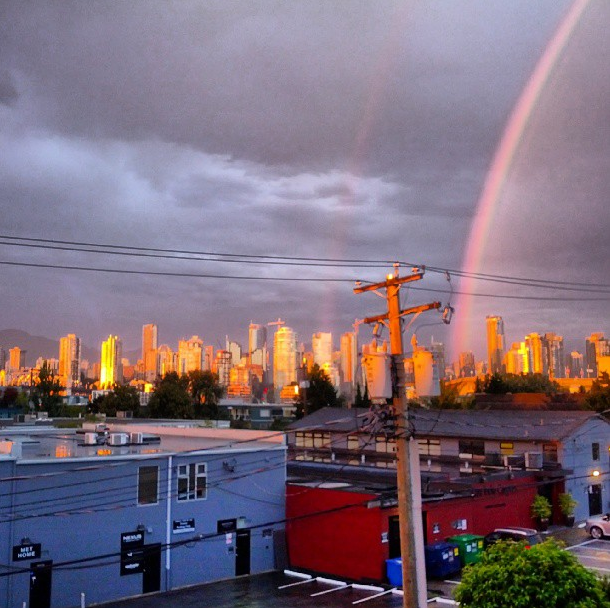 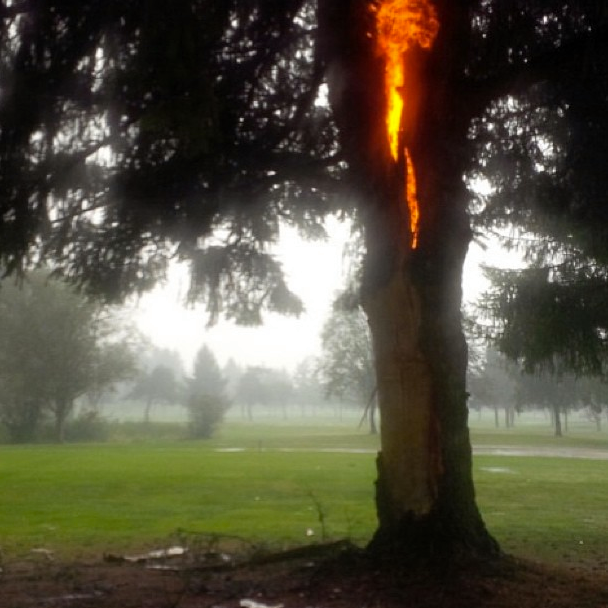 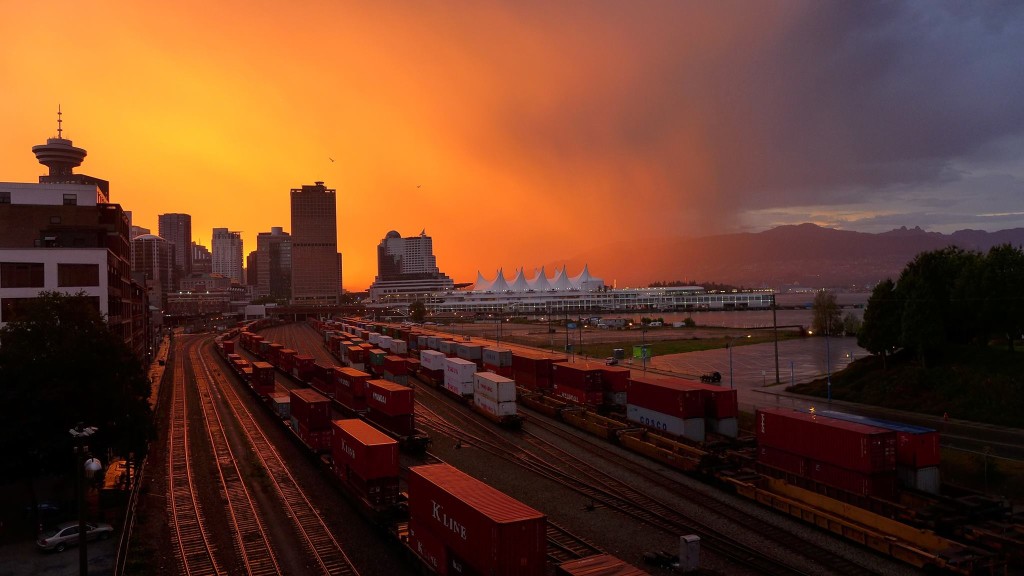 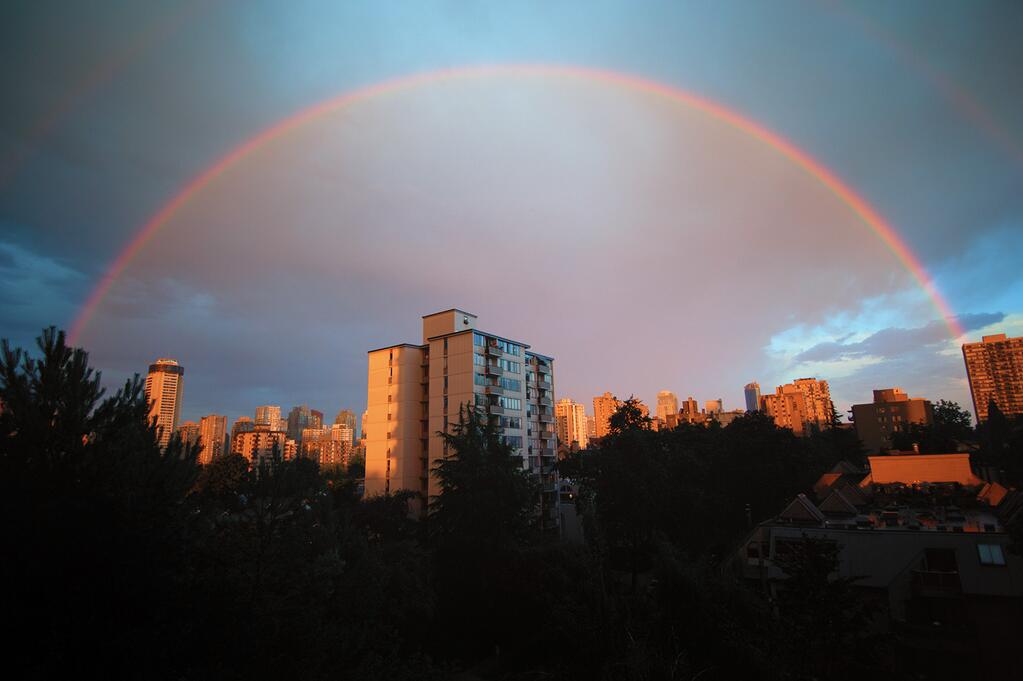 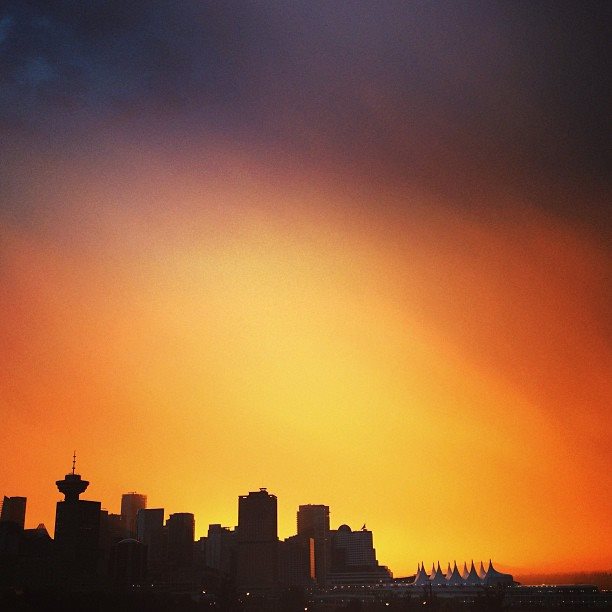 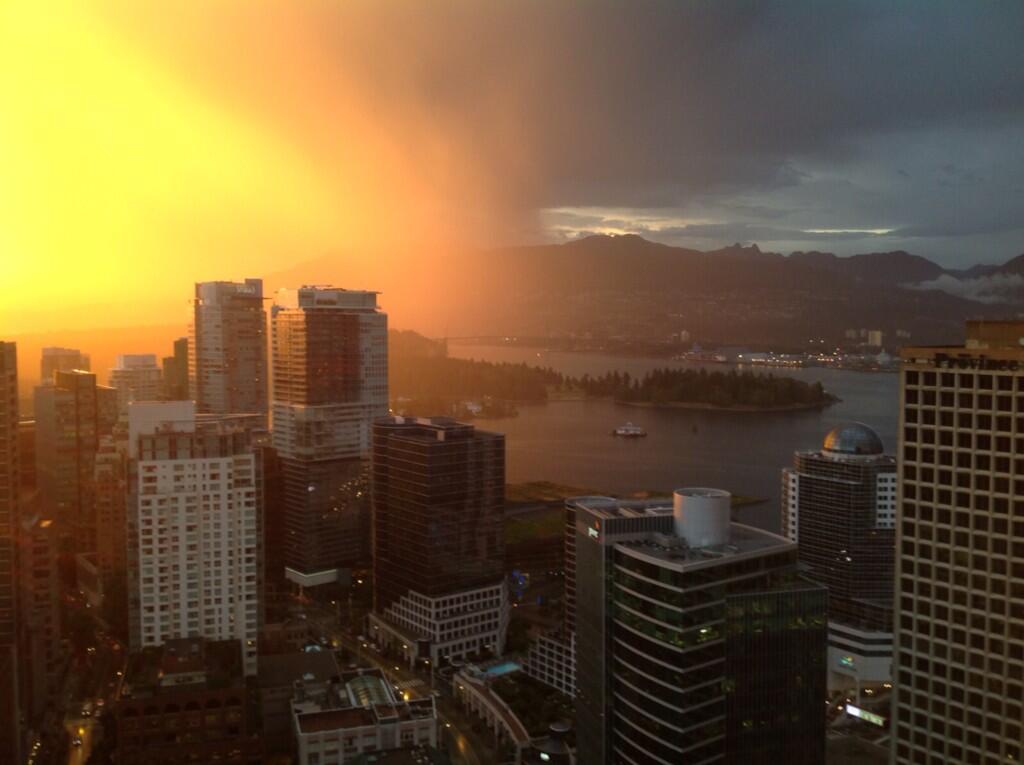 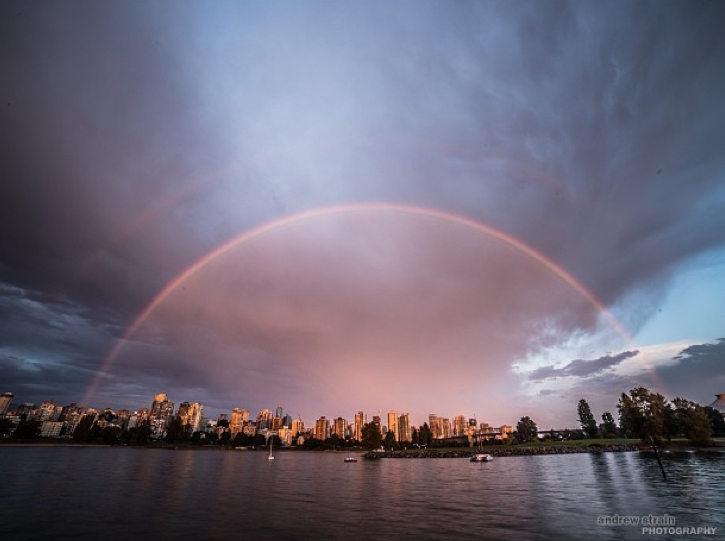 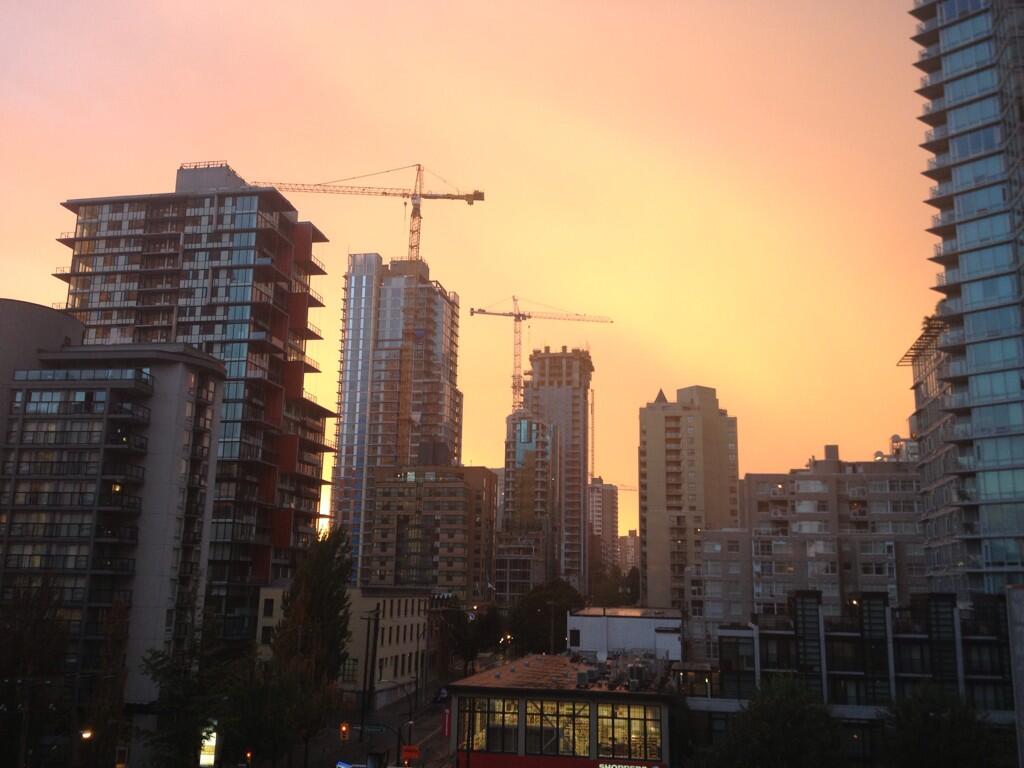 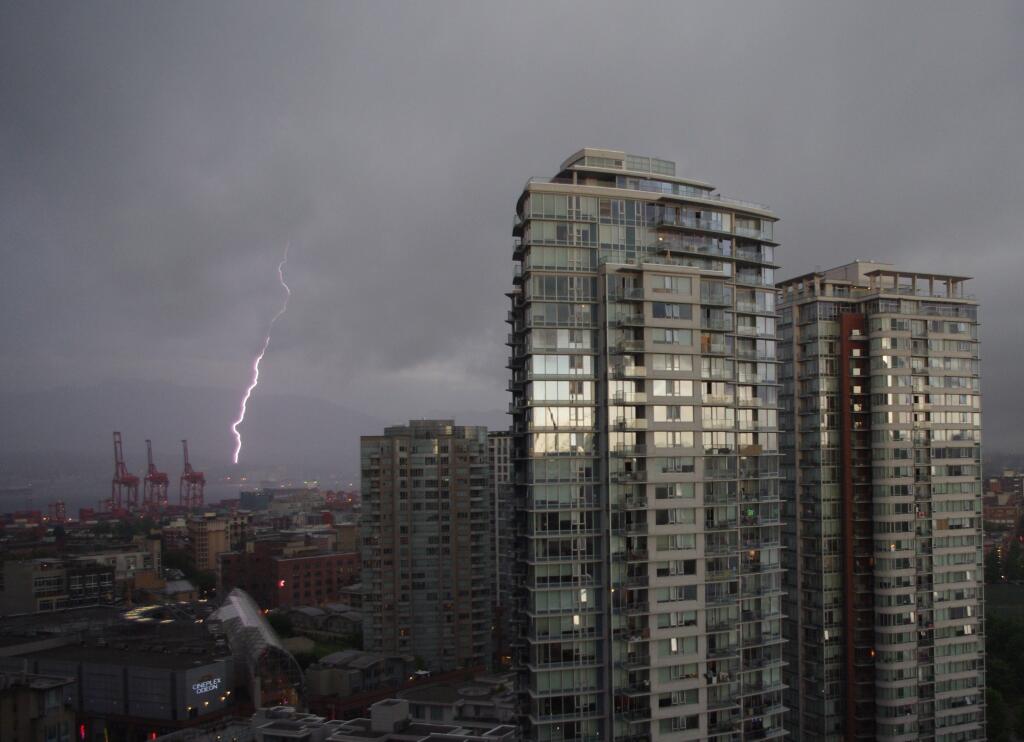 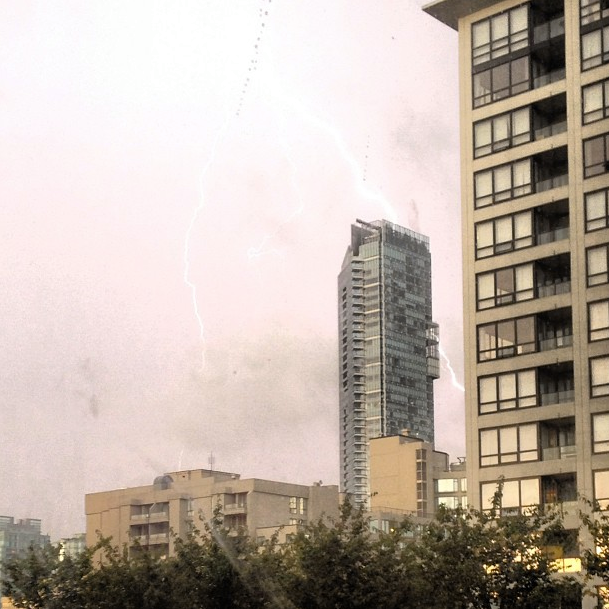 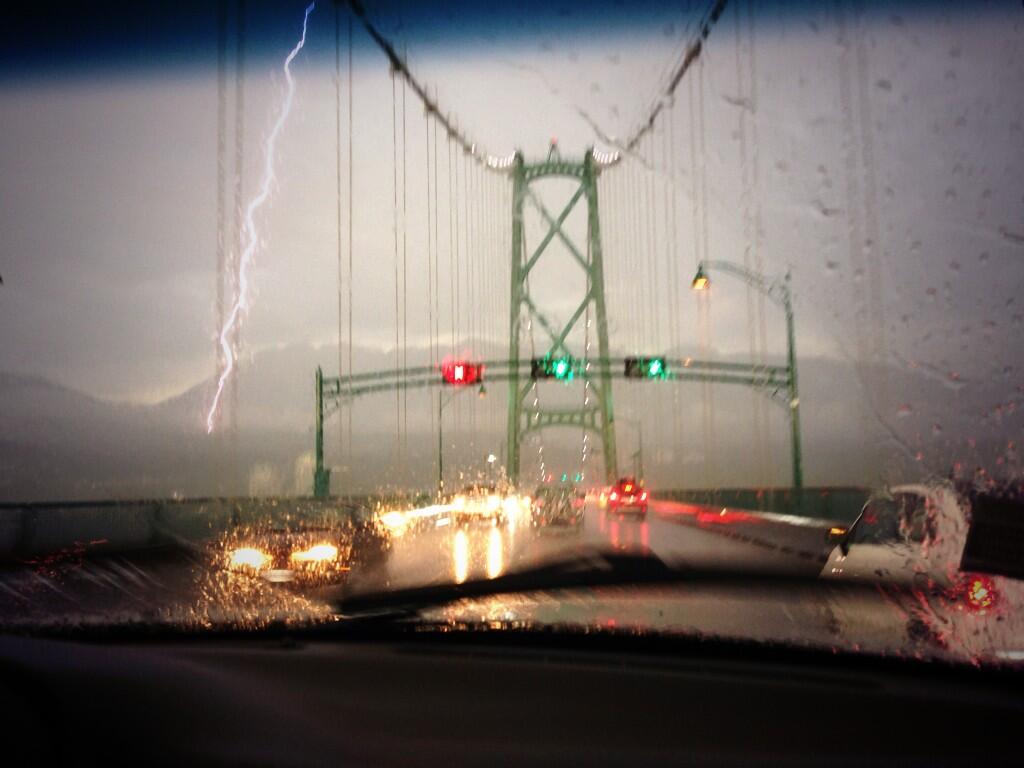 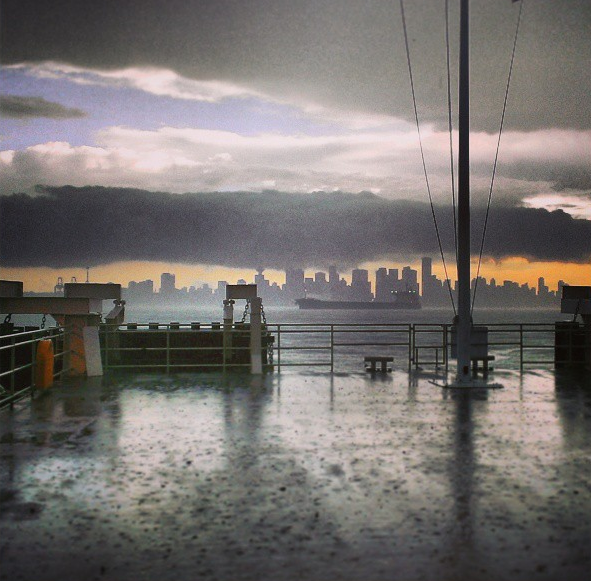 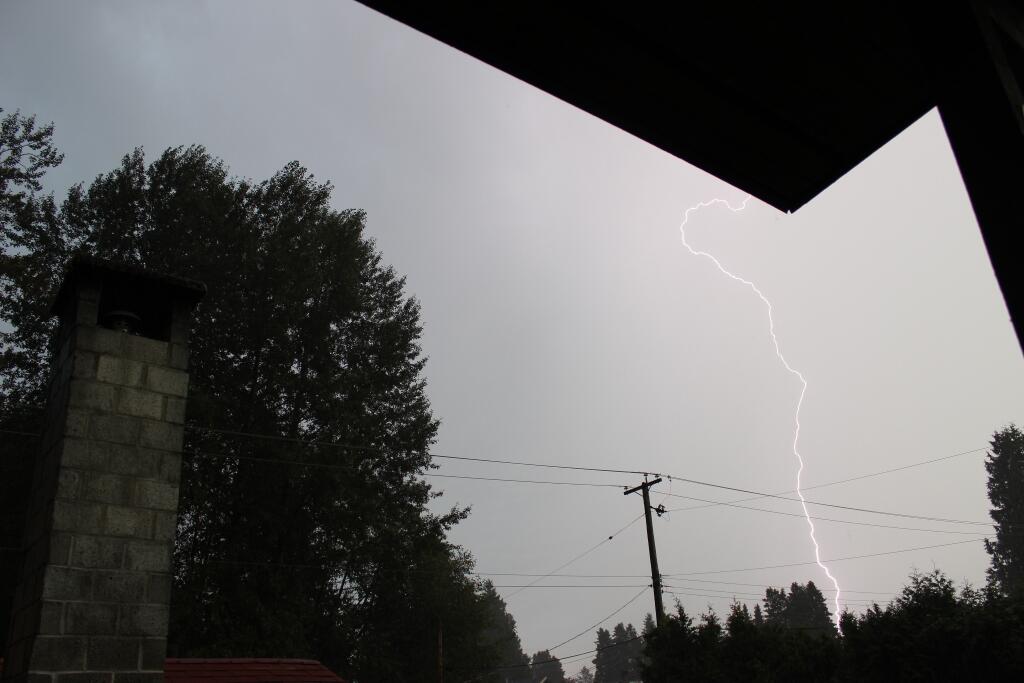 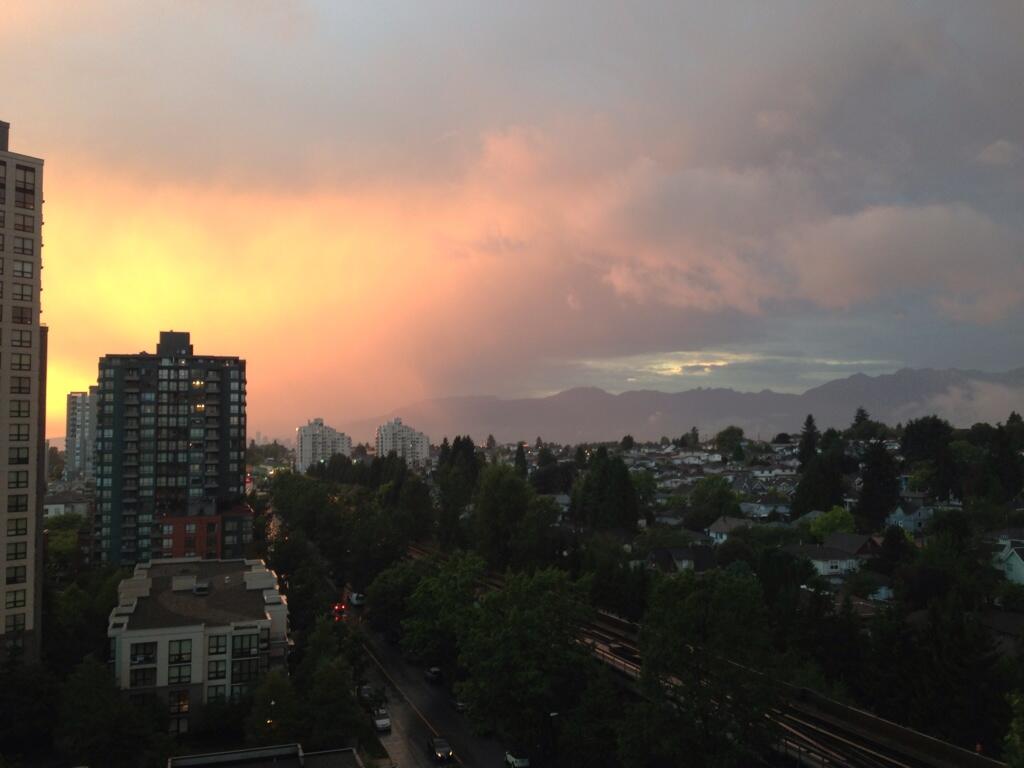 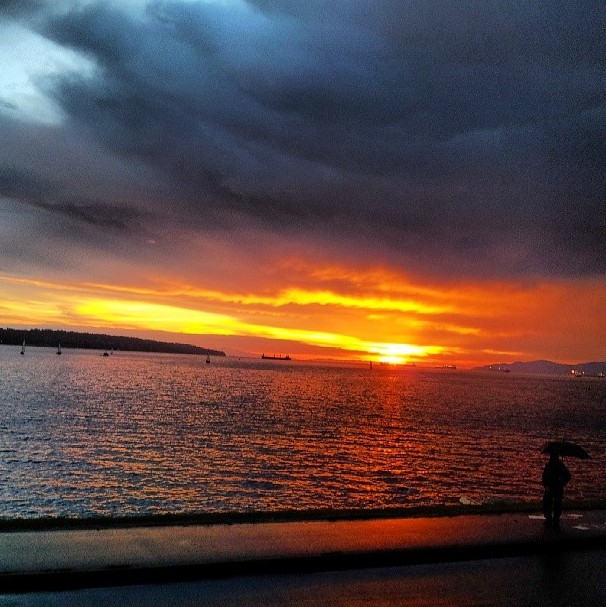 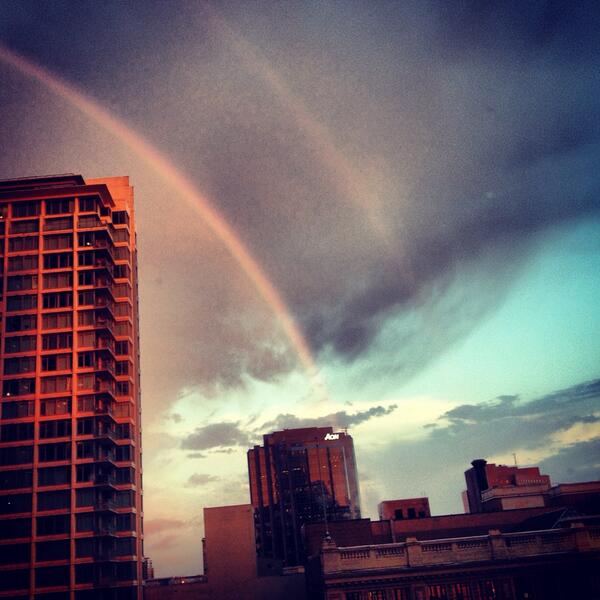 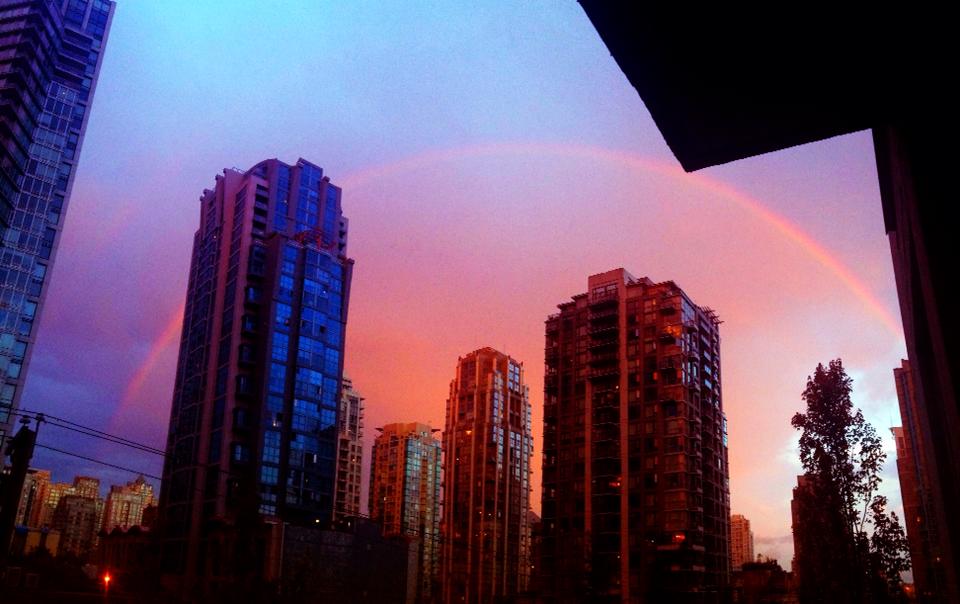 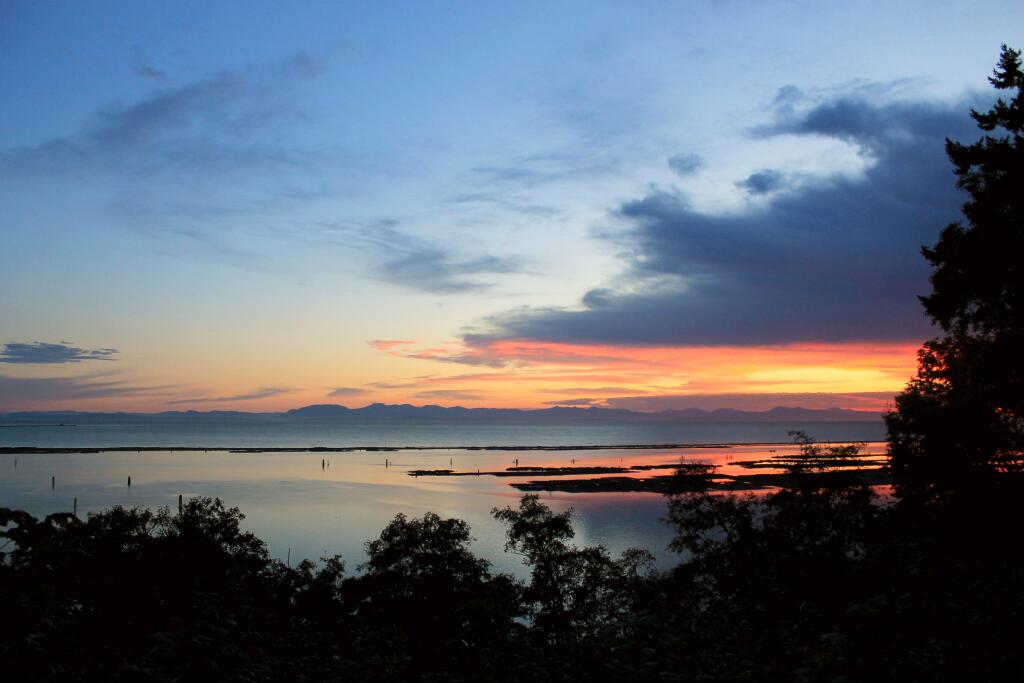 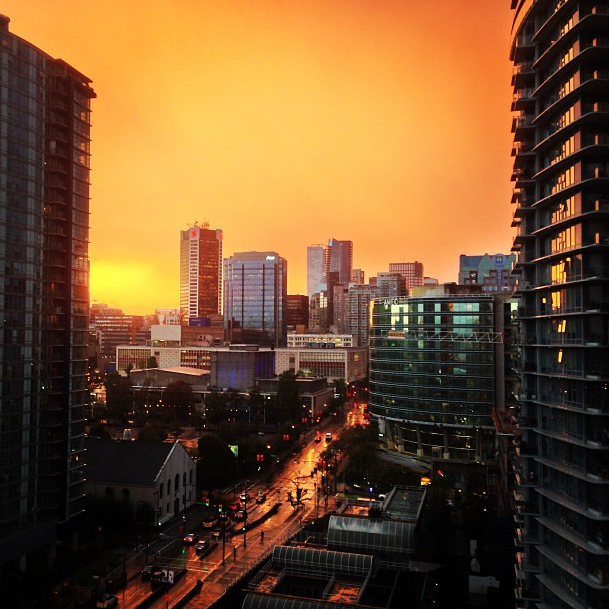 Timelapse of the incredible orange sunset after the storm, taken from Coal Harbour.