Sometimes, you come across a play that simply fits like a glove. You know the story, hum along to the songs and identify with the characters like they were old childhood friends. It’s a classic, after all, and the nostalgia you feel gives you the fuzzies right down to your toes.

Of Mice And Men, thankfully, is not one of those plays.

Hardline Productions takes Steinbeck’s famous novella and makes it delightfully their own. With a stripped down set and intimate stage, there is very, very little room for false steps. The play would simply not function, unless it made you believe.

And Hardline’s talented cast of actors and musicians did just that: they brought the magic.

George and Lennie, two field workers in Depression-era California, try to scrape together enough cash to buy a home of their own. But when Lennie stirs up trouble on the job, George must decide between protecting his friend or pursuing his version of the American dream.

Every move and swagger the characters took on stage conveyed their social standing in the world and how they related to one another. Steinbeck’s 76-year-old ‘classic’ was suddenly living and breathing before my eyes, demanding understanding and deserving compassion. No longer was it a dated story about class struggle ‘in the olden days,’ when ‘tart’ was a dirty word for an equally dirty woman, and the N-word tripped off the tongue in the non-rappy sort of way.

Of Mice and Men makes no bones about being a tragedy, despite its moments of dark, well-timed humour. This production’s additional layer was making the audience fully appreciate the why behind the characters’ motivations. Within a few lines of Lennie’s fumbling drawl, we begin to suspect why his mental disabilities would continue to be a problem. After the first appearance of hot-headed Curley, or Curley’s wife with the wandering eye, we unconsciously know that things are about to go awry. And George, the true heart and moral voice of the play – we get all too well why he worries endlessly about his simple but strong friend, and feel, deeply, when his version of the American Dream is shattered by circumstances outside of his control. 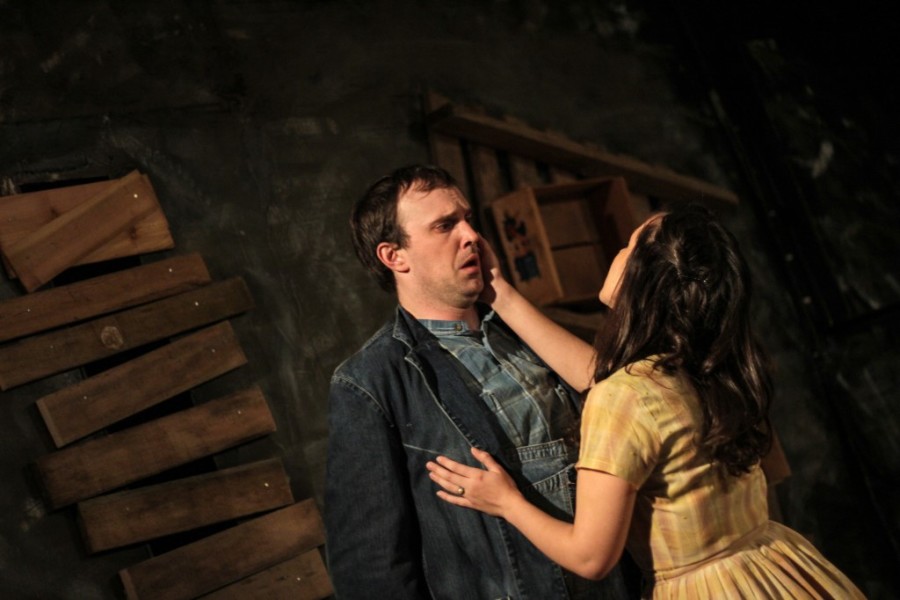 The pacing is brilliant, and the two talented musicians (doubling as sound effect maestros) on stage draw you into the inevitability of it all. The ending, whether you’ve read the play or not, trips you straight in the gut.

Hardline Productions Equity Co-op is a bunch of youngish, up-and-coming actors who love what they do, and make theatre accessible in a modern world. The ‘co-op’ part of the name means that the proceeds from the ticket sales get divided collectively into the artists’ pockets. I cannot think of a better use of your evening than to take a stroll down Main Street and see such exciting work in our backyard.