When most people think of futuristic cities, places like Tokyo and Dubai come to mind. But rarely, if ever, does Vancouver get credit for being a place where strange and wonderful things happen. A place where robots rise up against their creators to wreak havoc alongside interdimensional  invaders, or where mad scientists usher in apocalyptic doomsday scenarios while enjoying an espresso from their gorgeous Lions Bay cliffside house. No, Vancouver is often swept under the rug as a sci-fi city. Until now.

Here’s a list of places in and around Vancouver that have made an impact on the global community as venues and backdrops for science fiction, horror, action and adventure stories. This year, “Boldly Go” and visit them before the sky turns red and lizard people decide you’d make a great after sex snack. 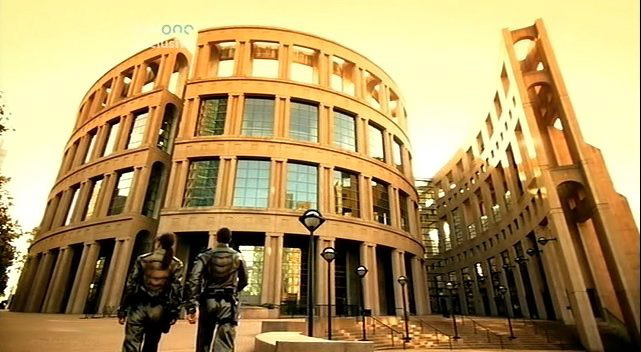 This iconic structure is probably THE standby for stories which call for a retrofuturist, monolithic appearance. Massive, yet possessing an understated grace, Moshe Safdie’s crowning achievement has hosted a covert government agency,(Fringe) a high end cloning facility (The 6th Day) and was prominently featured as a hulking remnant of the bombed into extinction by sexy robots, Caprican civilization in the Battlestar Galactica reboot. Currently, it contains artifacts known widely, as books. 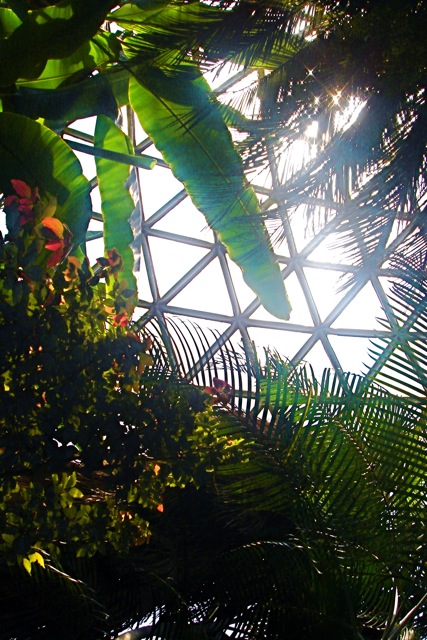 If you’re looking for a space that can stand in as the interior of starship’s garden, look no further than the beleaguered triodetic dome at the top of Queen Elizabeth Park. Home to dozens of tropical birds and hundreds of plant species from various climatic regions, the Bloedel was shut down for a while the Vancouver Park Board mulled how to put it’s ever dwindling budget to better use. Now, in between stints on shows such as Battlestar, Stargate SG1 and half the bad indie sci-fi this side of the Pacific, our favorite space jungle is open for business and demands you stop in for a tour, book it for a wedding or hell, just wander around after getting stoned on that crazy stuff you got from the little green stranger during last night’s bar crawl. 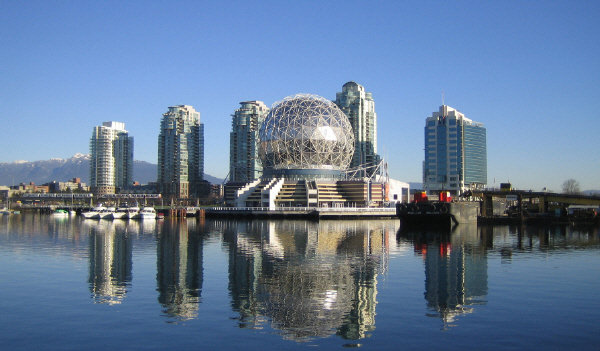 Speaking of domes, Science World is one of the best examples of sci-fi architecture anywhere on the planet. Currently under extensive renovations after the Russians used it as a watering hole and alleged house of ill repute, during the Olympics (no, not really) this Buckminster Fuller inspired geodesic sphere houses a sweet Omnimax theatre, and of course, the Telus World of Science. While not necessarily flogged throughout the media as a sci- fi location per se, Science World was featured as a fight venue on the 90’s series, Highlander. Still, it adds a certain element of wonder when you walk along the seawall and watch the LED light show with your favorite robot companion. 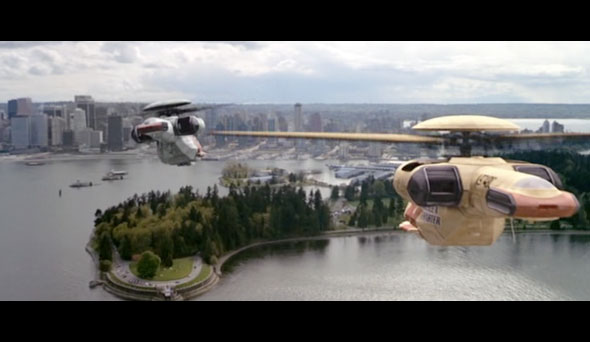 Pretty much the de-facto place to be if you’re looking for an alien jungle planet with giant trees and mutant raccoons grown fat and sleek on the flesh of wandering tourist kids. Lord Stanley, in his wildest dreams, could not have imagined the level of fame this park has generated for our Rainy City, planetwide. Not only that, but the park’s 1001 acres contain the Vancouver Aquarium which was made famous (to me anyways) on the mid to late 80’s CBC show, Danger Bay. Remember that episode when Alfie Zappacosta films a video at the Aquarium and Jonah Roberts completely loses his shit? No? Anyways, the show was broadcast around the world and attracted a whackload of tourists from Frankfurt all the way to Vladivostok. 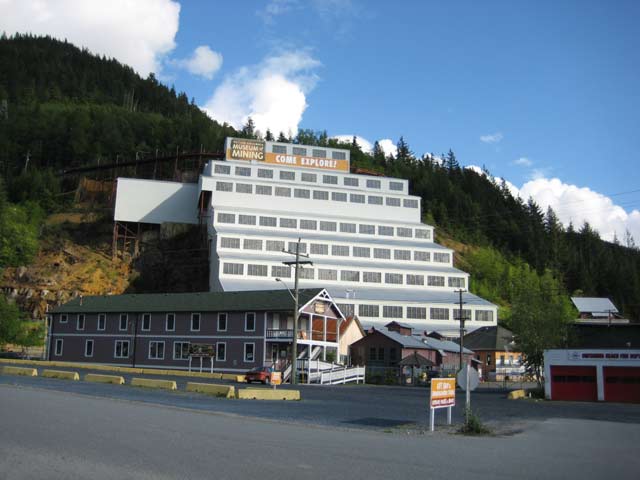 Ok, so it’s not technically in Vancouver. But you can’t miss this behemoth when driving through Squamish on the way to… wherever the hell you’re going. If you’ve seen any action movie that’s been filmed in Vancouver in the last 20 or so years, chances are the Mining Museum is featured prominently as a creepy warehouse, a rundown smelting facility, maybe a killer cyborg factory or even the home of some unnamed eyeless horror scrabbling in the dark waiting for its next meal. Still, the place is an actual museum and you can get a ride in one of those cool mining carts 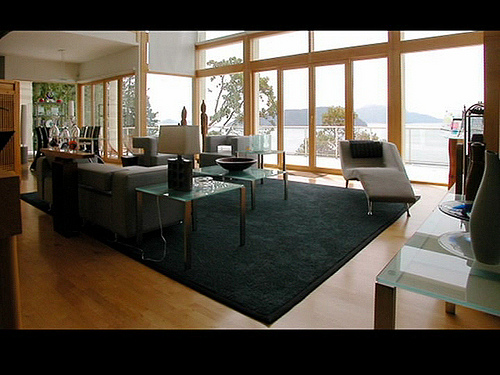 If you’re an immoral genius with a penchant for tall, leggy, blonde androids bent on humanity’s demise, you’ll be needing an appropriate place to “close escrow”. Look no further than Gaius Baltar’s Bitchin’ Bachelor Pad, for the perfect place to watch the world burn. Currently available on craigslist for the low monthly price of $4350. (reduced from $4800) 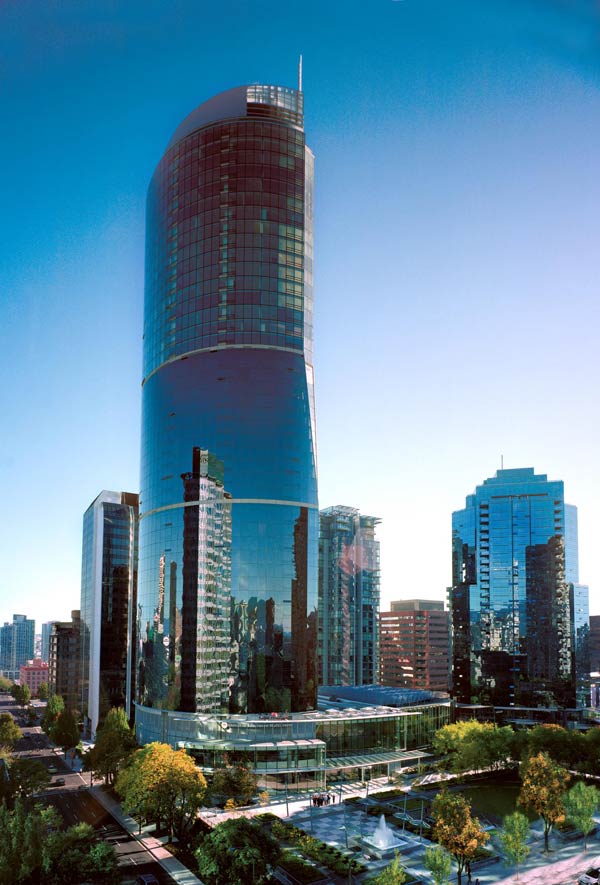 Once Vancouver’s tallest building, (Thanks, Shangri-La!) the Wall Centre’s main tower has played host to winged mutants and recently hosted a Star Trek convention. The tower’s oval appearance gives it a definite, “I’m from the future” vibe. The rooms aren’t so great, but who gives a tug when you get to see some white winged shirtless dude leap from the top floor and swoop down on an unsuspecting crowd. Goddamn seagulls get bigger every year. 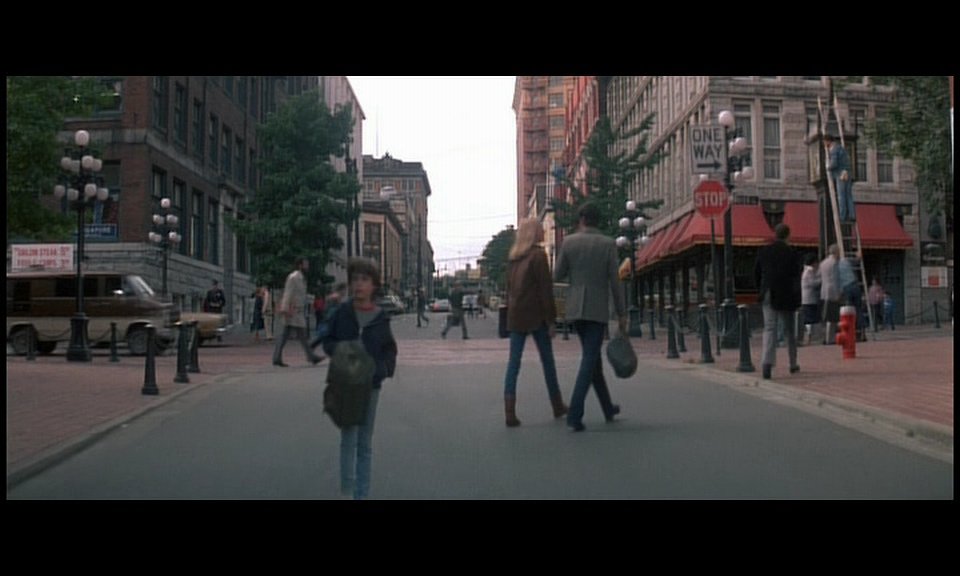 A time traveler once told me that Water Street reminded him of a future theme park where one could be infected with a temporary form of Cholera or Tuberculosis and play the role of a labourer, prostitute, factory hand, or even petty criminal and live out a day as a member of the Industrial Revolution. While spending the day fighting off “The Damp” and slurping gruel may appeal to some, I prefer to remember places like Blood Alley and  Gassy Jack Dayton’s back streets for the time Bastian Bux finally got his revenge against the bullies who kept tossing him in a dumpster. Nothing like having a 20 foot Luck Dragon at your disposal. But seriously, whenever a story calls for something old timey or decrepit, rat infested alleys with that special smell you get only after a drunken Saturday night, our little historic strip cannot be beat. 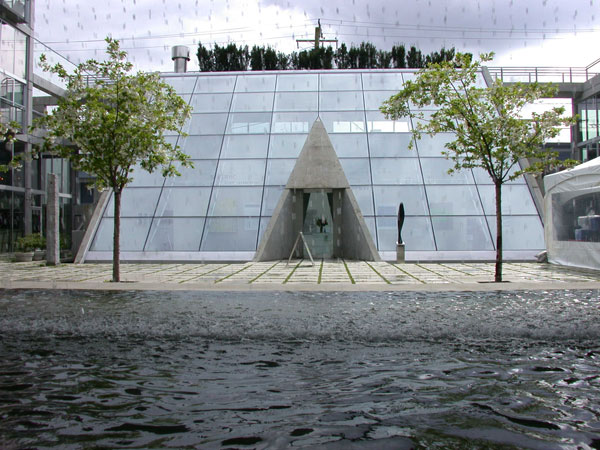 Vancouver’s favorite architect, the late Arthur Erickson pretty much defined what a futuristic building in Vancouver should look like. Concrete, glass, and sharp angles work together to create not only a look, but feeling of being smack dab in the middle of the future.

Because Vancouver is truly a city of the future, more and more examples always pop up. There’s just not enough room to write about every single possible location that inspires those who create and consume pop culture and media of every sort. In order to get a real feel for how awesome it is to live in a sci-fi city, try putting those fancy anti-grav sneakers to use and go check whatever is out there. There’s lots.