Illegal inspections, carpeted bathrooms and $13.50 to wash and dry a load of laundry – sounds like a nightmare for any renter, but it’s just another typical day for tenants of an apartment building in Vancouver’s West End. 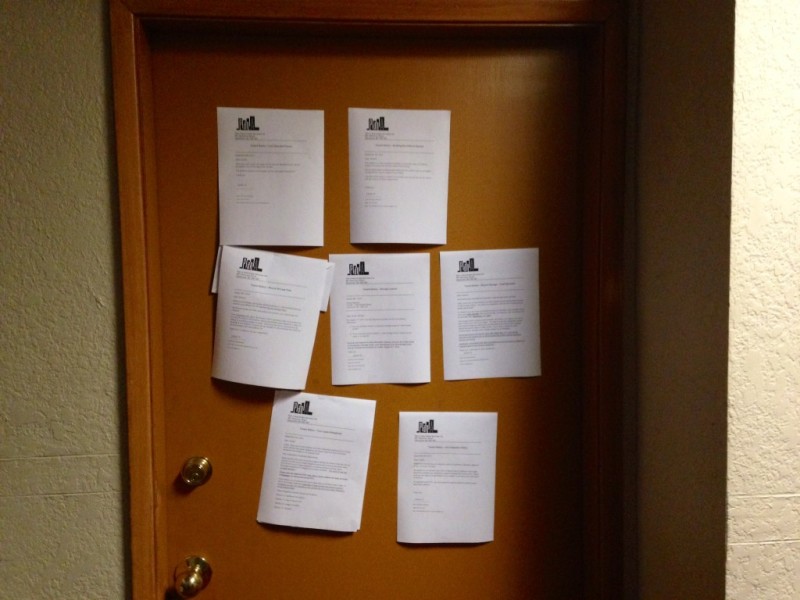 On August 5, 2014, a company called Plan A Real Estate Services Ltd. took ownership of 1168 Pendrell Street and immediately began plastering notices on the doors of each tenant. Renter Absalon Figueroa says he’s received 16 separate notices from building owners in just under a month, with many of those notices coming with the possible threat of eviction.

Plan A Real Estate Services Ltd, a company whose website promises to “maximize your property investment,” gave tenants 10 days to carpet “all traffic areas” of their units.  Plan A defines a “traffic area” as “any part of any floor on which an occupant may step their feet,” which includes the bathroom.

The new owners have also increased the price of laundry to $13.50 for a wash and dry, removed bicycle storage from the building, and even tried to evict a tenant’s lawfully-wed husband of four years as his name does not appear on her lease.

“Almost every day, there’s a notice posted to our door so it’s caused a lot of stress,” Figueroa said. “Imagine coming home every day to the stress of wondering whether you’re allowed to live there or not.”

Longtime tenants of the building have been strongly encouraged by building owners to sign new, short-term fixed leases that will require them to vacate the premises on December 31, 2014. “The landlord told me that if I signed a new lease, the notices would stop,” Figueroa said.

Figueroa and many others in the building are fighting Plan A Real Estate Services every step of the way and enlisted the help of Vancouver West End MLA Spencer Chandra Herbert.

“This isn’t a renoviction,” said Herbert, noting that the West End apartment building had been completely renovated four years ago. “This is a greed eviction, pure and simple. And legislation needs to be changed so that tenants can have peace and quiet in their homes.” 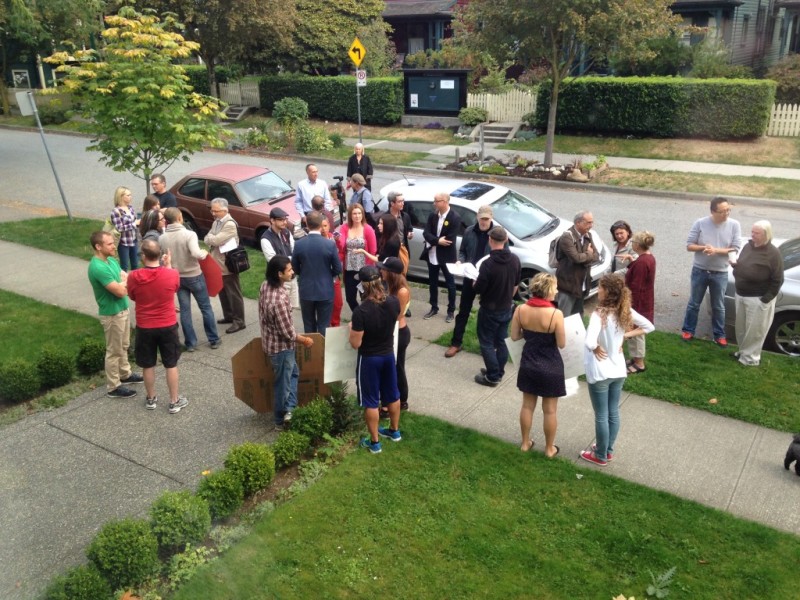