Thanks to the efforts of the Vancouver Park Board and a special work group, the city’s Templeton Park Pool is now hosting a trans-inclusive weekly swim session.

The Sunday swim sessions are not meant to be exclusive to the trans community, but rather is an inclusive event aimed at bridging the gap. Though there had been a private trans swim held monthly at the pool, as of Sunday, January 11, the facility is welcoming the trans community to the pool along with anyone else who wants to take a dip.

There’s new signage at the pool, too. Kai Scott, co-chair of Vancouver’s Trans* and Gender Variant Inclusion Working Group, told CBC’s Early Edition that the new washroom signs, for example, are meant to illustrate what the room is for, not who is meant to use it. 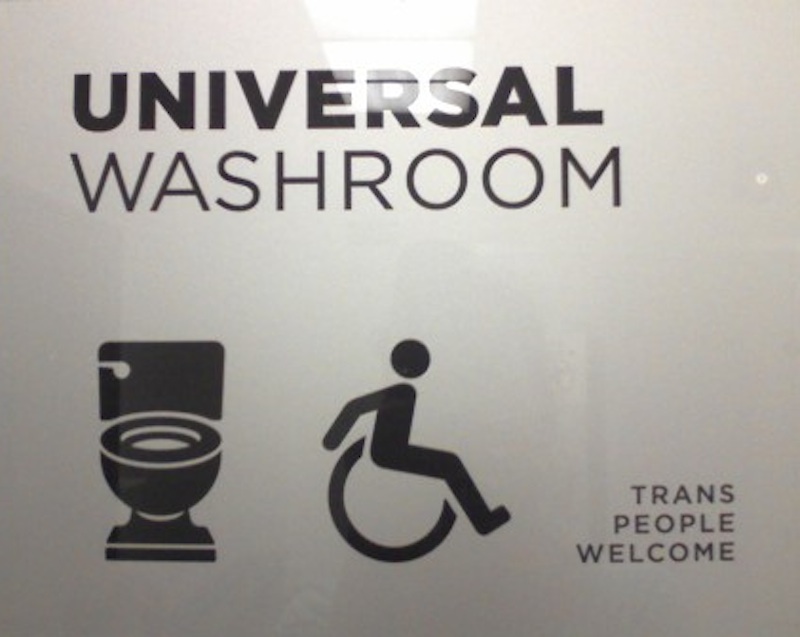 The Trans* and Gender Variant Inclusion Working Group “provide[d] important recommendations on parks and recreation facilities, programming, training, and policy in order to create safe, inclusive, and welcoming spaces for transgender and gender-variant users,” according to the City of Vancouver.

The group made their 77 recommendations earlier in 2014, and a commitment to swift implementation is partly why the new year finds this new community opportunity at the Templeton Park Pool.

As part of this pilot program, from Noon to 2 p.m .on Sundays “[t]rained staff will be on hand at Templeton to educate patrons regarding gender sensitivity, answer questions and help direct people to the appropriate change rooms, washrooms and showers,” notes CBC.

“While focused on trans* and gender variant recreational users, the swim is welcome to all and not an exclusive program. Screens will be applied to the windows to obscure vision from outside into the pool,” notes the event’s webpage. “Patrons are encouraged to come in swim wear that aligns with gender identity and/or comfort.”