A local team of four brave souls are making their way over to Ottawa this month to represent Vancouver in Red Bull Flugtag. Vancity’s Winged Pikmin was one of the 30 teams selected for this year’s Canadian event. They are the only team from B.C.

Flugtag, German for “flying day”, is a competition that “dares both the brave and the brainy to design, build and pilot home made flying machines in hopes of achieving human-powered flight.” Although distance is a major factor, the flying inventions are also judged on creativity and showmanship. 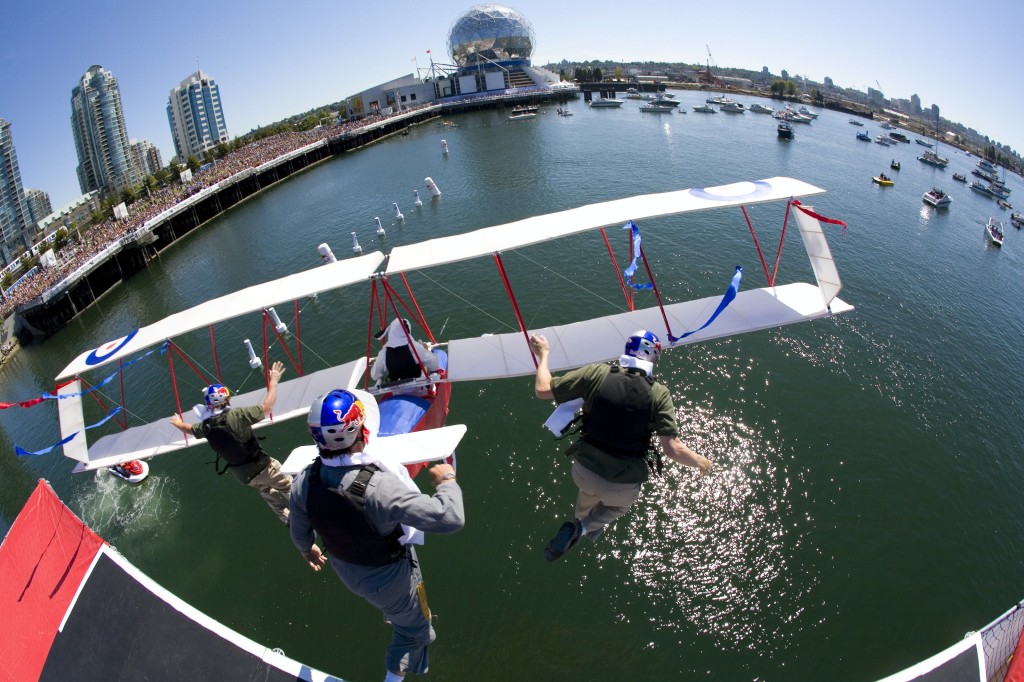 And Winged Pikmin are ready for the national challenge. The four team members – Heather Potter, Andy Maurice, Dave Clermont and Candace Parks – are employees at the Nintendo Vancouver office. According to their team captain Heather, the team is combining Nintendo and Red Bull’s love for fun and pushing the limits. “Because of the flying concept with Flugtag, we thought why not build a life-sized Winged Pikmin to see if it could fly,” she said. 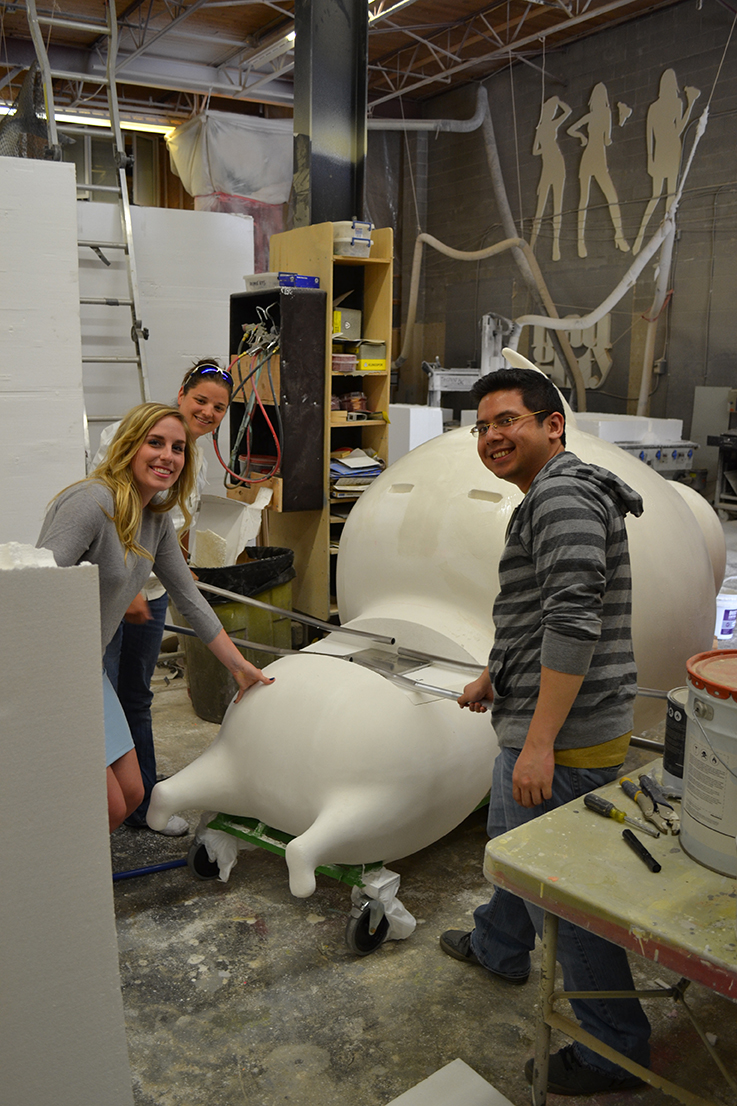 A Pikmin is a new type of life-form in the Pikmin series of video games, Pikmin 3, which is a new game coming to the Wii U.

Teams are competing for prizes including a first place prize of $7,500, second place wins $3000, and the third place winner walks away with $1,500. The flying machines must be human-powered, limited to 9-meters wide and weigh no more than 400 lbs including the pilot.

Because it’s one of a kind, the B.C. team can’t take the flying Pikmin out for a test drive. “This only needs to fly once,” Heather joked. The team competes for the 2013 Canada title on July 27.

“It’s going to be great to represent this side of the country and show them what we have to offer,” said Heather. “We’re incredibly excited to be part of this amazing event that Red Bull puts on every year, to show off the Winged Pikmin.”