This Sunday’s Vancouver Sun Run will attract tens of thousands of runners to the downtown and Kitsilano areas. Traffic will be heavily affected and several road closures will be in place.

Here are all the road closures you can expect to find on April 17, along with their associated times: 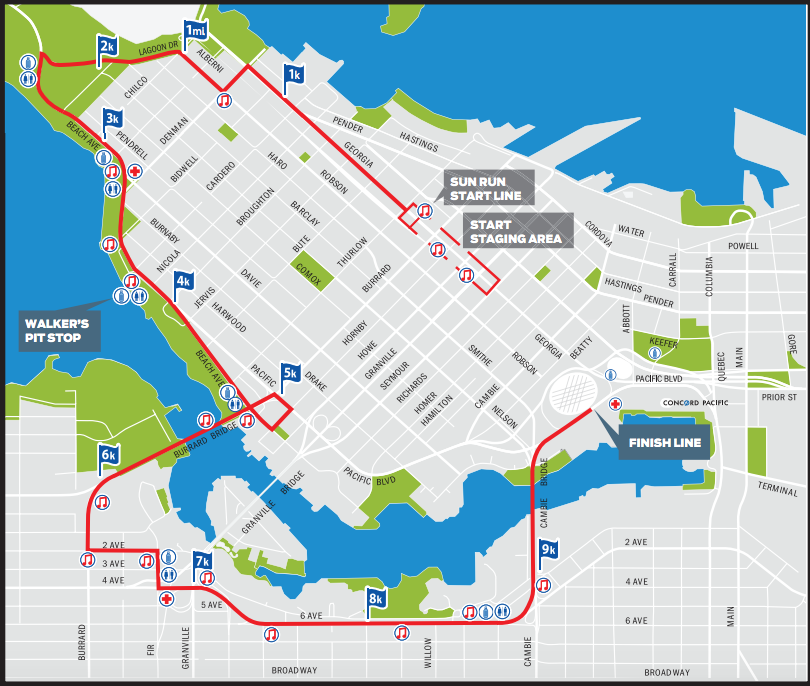