Summer is at our doorstep, Vancouver, which means it’s music festival season all over our beautiful and scenic province. From arts to music, if you’re in and around B.C. this summer, you may want to check out some of our homegrown festivals. Headliners range from Nine Inch Nails to Calvin Harris, and these festivals are just a road-trip away.

This Vancouver Island music festival is coming up quick! Tall Tree Music Festival is held annually on the side of a mountain in Port Renfrew, B.C. For those unfamiliar with Tall Tree, it is a not-for-profit event with proceeds going to the Tall Tree Festival Society, which supports local charitable organizations. The festival features many musicians and artists from in and around the lower mainland.

Headliners: Dan Mangan, SonReal, Bestie, The Dudes
Tickets: Range from $129 in advance to $159 at the door. 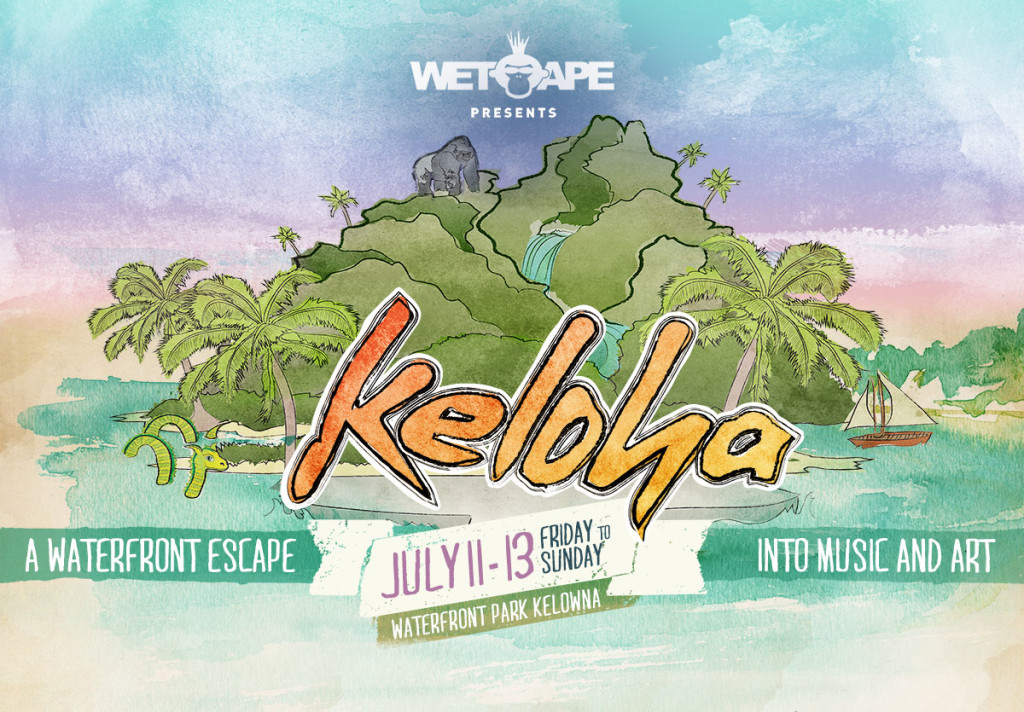 Returning to Kelowna’s Waterfront Park is WetApe’s Keloha Music and Arts Festival. This year’s festival features two stages, art installations, exhibitor booths, food vendors, and more. In addition, an after Party series in different Kelowna venues will take place each night after the festival, with a lineup that includes Dirty Radio, Blondtron, and WMNSTUDIES.

One of the most anticipated festivals returns this summer with a massive line up. The Pemberton Music Festival returns mid-July, and while early bird tickets are sold out, regular festival passes are still available for last-minute concert goers. Camping is available, and for those not camping, the festival has shuttles for commuters.

The Okanagan’s largest music festival is back for its 7th year, and takes place on the last weekend of July. Centre of Gravity takes over the shores of Kelowna’s City Park for a large music and sports festival, headlined by some major international artists. Sports at Centre of Gravity include beach volleyball, basketball, wakeboarding and freestyle mountain biking.

Located in beautiful Penticton, B.C, the Boonstock Music & Arts Festival has found itself a new location and new date for its 10th year anniversary. The festival grounds is near Skaha lake, and is easily accessible for festival goers. The festival is all about hot weather, water, and good vibes in the South Okanagan valley. Camping available starting at $75.

Probably one of the most recognized names in Canadian music festivals, the Squamish Valley Music Festival returns this year to the Logger Sports Grounds and Hendrickson Fields in Squamish. Enjoy the surrounding forests and mountains as bands and DJ’s spin the multiple stages. Festival passes are still available, and this year the festival is expanding its use of an RFID (Radio Frequency Identification) enabled wristband system, which will allow for more efficient access at gates and faster transaction processing at the festival. Make sure to register your wristband!

Shambhala Music Festival is all about the people on the dancefloor in the Salmo River Valley. A truly unique festival, Shambhala is a family-owned business that grew organically over the years since its first festival in 1998. Shambhala does not accept corporate sponsorships, the festival is produced solely on ticket sales. With six themed stages, each delivering the best in up and coming electronic talent from around the world, the festival also supports the local community and industry.