This week in our Vancouver 125 series, we take a look at streets which make Vancouver. These are streets all over the city, not just downtown, and are vital in connecting Vancouver transportation, lifestyle, culture, and business.

103. Main Street
Main Street stretches across the whole city and offers 3 very different sections of residential and commercial tastes. The north-most part of Main Street is the oldest, home to Chinatown, and future densification while preserving heritage. The Mount Pleasant stretch has seen gentrification of young professionals and families arriving. Little India, located in South Vancouver along Main Street, is just beginning to see gentrification as many shops close down to make way for a Chinese and young professional influx. 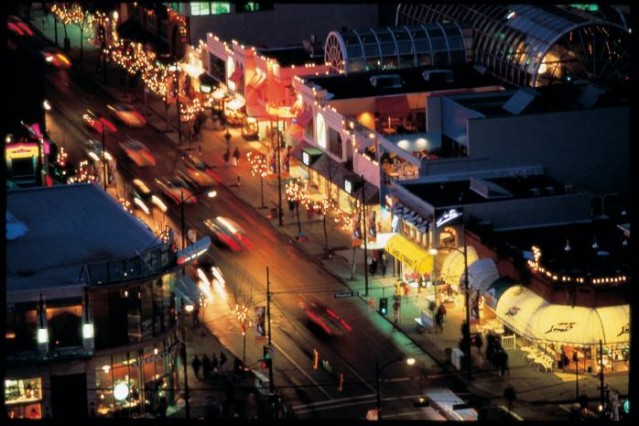 102. Robson Street
Many world-class cities have a street which is their shopping haven. We have Robson. Stretching 16 blocks of commercial, it includes the widest variety of shops and restaurants. The cluster around Robson and Burrard is the hub of retail activity, featuring several high-end shops on the Burrard side. Robson Square is the city’s (always-under-construction) meeting place.

101. West 4th Avenue
This may be the healthiest stretch of shops in Vancouver. The yoga mecca, West 4th also contains much healthy organic eating. It is located in the Kitsilano neighbourhood, famous for its beach and bicycle-savvy residents. 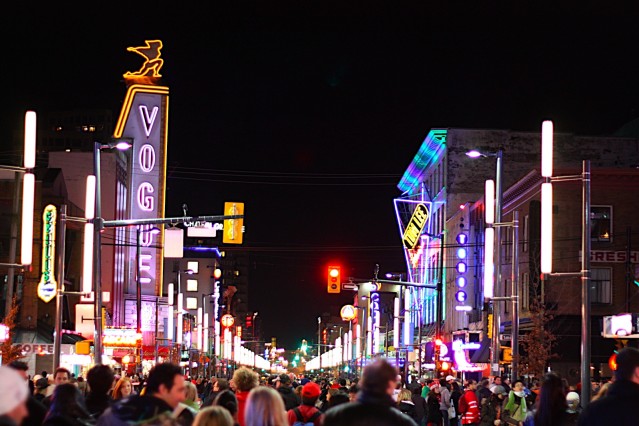 100. Granville Strip
The Granville Strip has become the city’s hotspot for nightlife. It offers a diverse array of musical tastes and partying atmospheres. The Roxy is the most renowned bar, often visited by celebrities and athletes alike. Further east on the Granville Strip is home to several popular shops, many high-end such as Holt-Renfrew. Upgrades by the city installing new lamp posts and creating sidewalk parking have really given a distinct feel to the strip.

99. Cambie Village
Cambie Village is an average part of town in terms of retailers at this point. However, it will slowly become more distinct as the City plans on re-shaping the entire Cambie Corridor. Expect increased density and the Cambie-Broadway node to have even more of a ripple effect around. 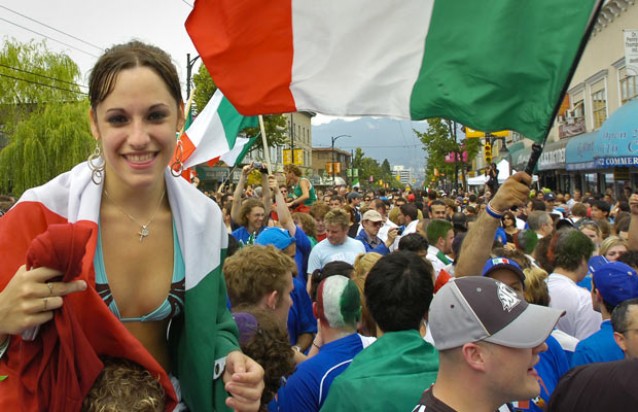 98. Commercial Drive
“The Drive” is always happening. It is what you think of when you think East Vancouver. Italian, Asian, Latin American, East Indian, and African influences are predominant in the city’s diversity hub. Festivals reign over The Drive and it is also a hotspot for soccer. Restaurants and cafes lace The Drive, an important transportation hub as well.

97. South Granville
Granville Street outside of downtown is much different. South Granville boasts a clean shopping atmosphere, comprised of fashion, furniture, spa, and wine goodies. You will also find a few great restaurants such as world-renown Vij’s.

96. Broadway
Broadway hosts the second-most job concentration in BC. It is probably the best place to have a heart attack as the number of hospitals and medical buildings is vast. Look for Broadway to undergo major upgrades to its transportation to mass transit from Cambie to UBC. 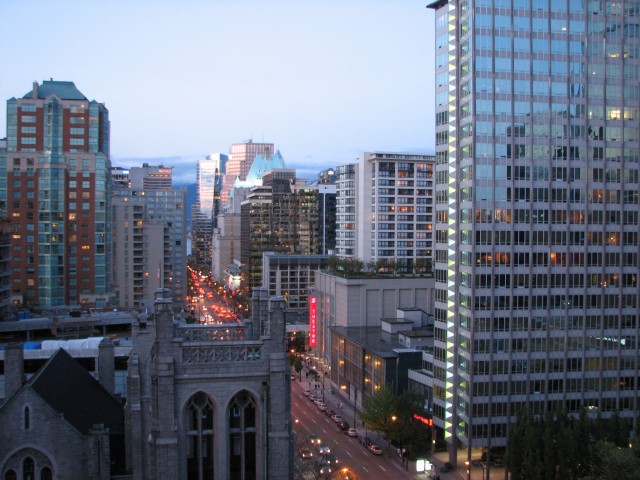 95. Burrard Street
This is where the money’s made. Burrard Street is lined with office towers and executive hotels up all the way up to the new Vancouver Convention Centre and Canada Place. This street is where a lot of important decisions are made in Vancouver business.