The City of Vancouver says they plan to name a street after Sikh pioneer and activist Jack Uppal, who passed away in 2014 at the age of 89.

Uppal founded Goldwood Industries on Mitchell Island and was a noted advocate on issues of race and discrimination. Chair of the Civic Asset Naming Committee John Atkin believes naming a street after Uppal in the River District is the perfect way to honour him.

“We get both the sawmill history of the site because of his involvement there, plus there are huge numbers of South Asian sawmill workers all long the Fraser River,” Atkin tells Vancity Buzz. “And here you have somebody who was involved in that plus the community and everything else.”

Uppal received a number of awards for his community activism, including an honorary doctorate from Simon Fraser University, a BC Community Achievement Award, UBC’s Nehru Humanitarian Award, and the Queen’s Silver Jubilee Medal.

Right now, the street name is part of a plan for a street that doesn’t yet exist, but Atkin says the name request is on the agenda for the next City Council meeting. He expects it will be swiftly approved. 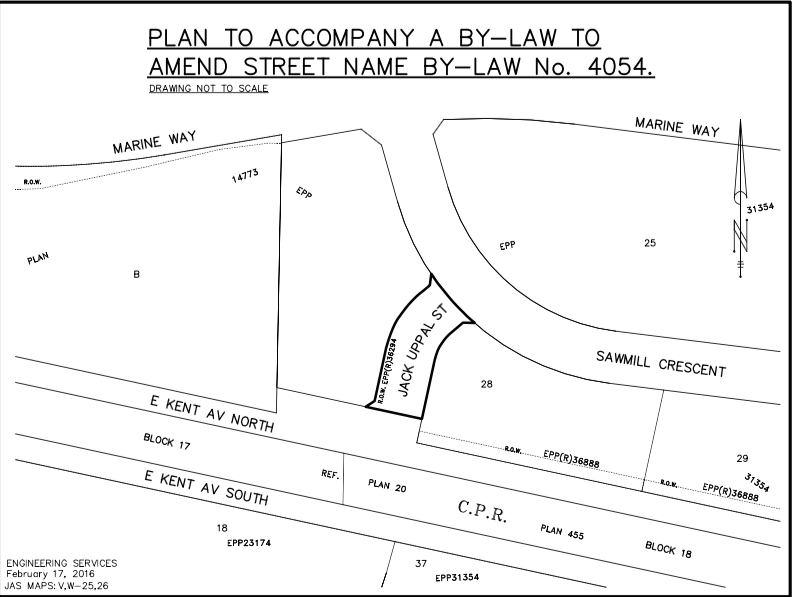