This shouldn’t come as a surprise to anyone that Vancouver still remains the least affordable housing market in the country and is so by a wide margin. The conclusion,  owning a two storey detached home in the city is a pipe dream for most. That is why you’ll continue to see a surge in the downtown population where condo prices are much more manageable for the average Vancouverite.

Those that can’t fathom the idea of living in condo are leaving Vancouver altogether. Not a good sign and something the city must seriously look into because as much as they think they can build their way out of this problem, you can’t. The pace of construction and the housing coming on to the market for the most part is catered to the high-middle class. the lower-middle class housing options are rare.

RBC Housing Affordability Measures  Extremely poor affordability appears to have caught up with the Vancouver-area market. Since spiking unexpectedly at the start of 2011, home resales in the area have fallen steadily. So far this year, resales plummeted 18% from a year ago. Such weakness significantly loosened market conditions to the point that sky-high prices have started to wind down recently. The MLS Home Price Index for Vancouver topped out in May and has since declined (month to month) in both June and July. (Average prices of homes sold in Metro Vancouver, which swung widely in the past 18 months due to unusual sales patterns, fell every month since March and were down 12% year over year in July.) On a quarterly basis, however, home prices used in the RBC measures still moved higher sequentially in the second quarter, which contributed to further widespread deterioration in affordability in the area. The RBC measures increased between 0.4 percentage points and 2.2 percentage points, inching yet closer to the worst levels in the annals of Canadian real estate. We expect such intense affordability-related pressure to continue to weigh heavily on the Vancouver market.

Vancouver vs Calgary vs Toronto vs Montreal

Looking at the graph below you can see that Vancouver’s percentage of household income (average) is approaching 100%. No wonder we don’t have any residual income and why are bars aren’t packed 5 nights a week. We simply don’t have the money to go out. 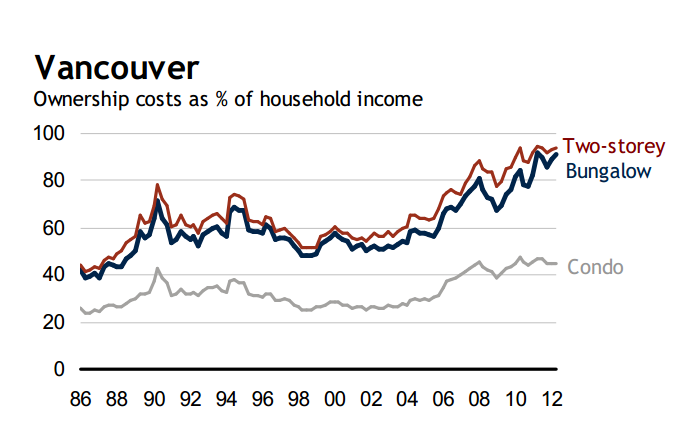 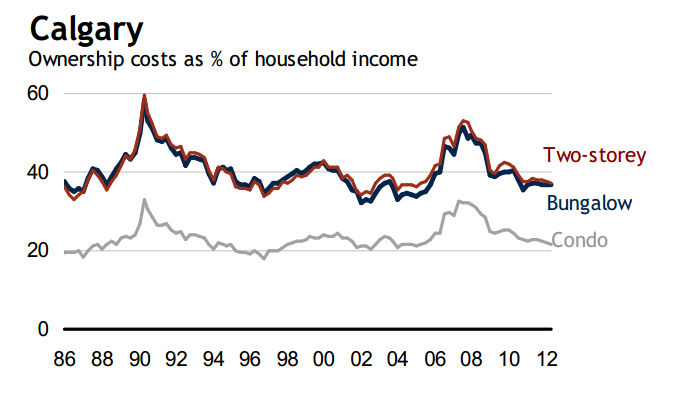 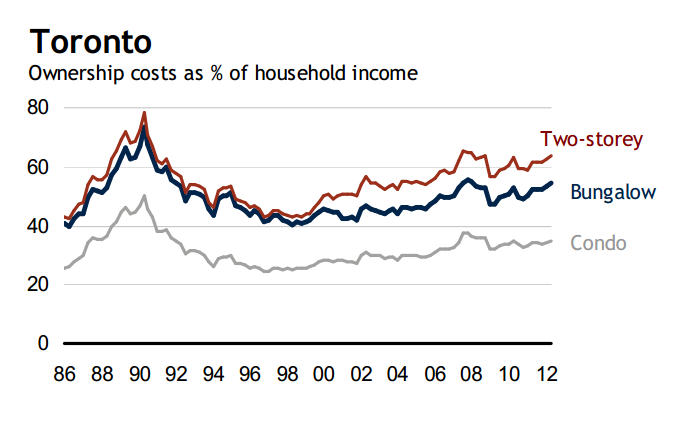 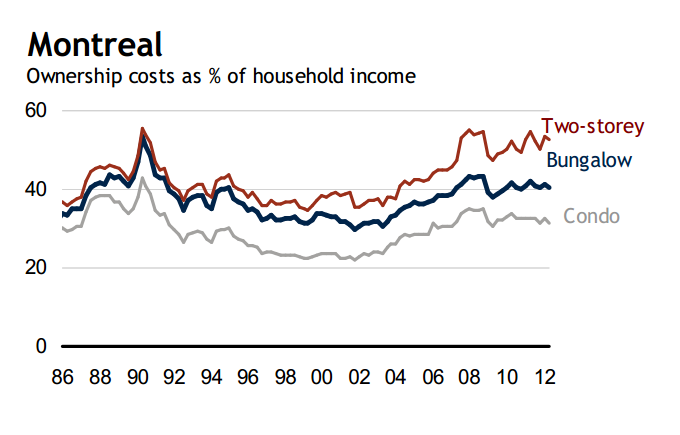 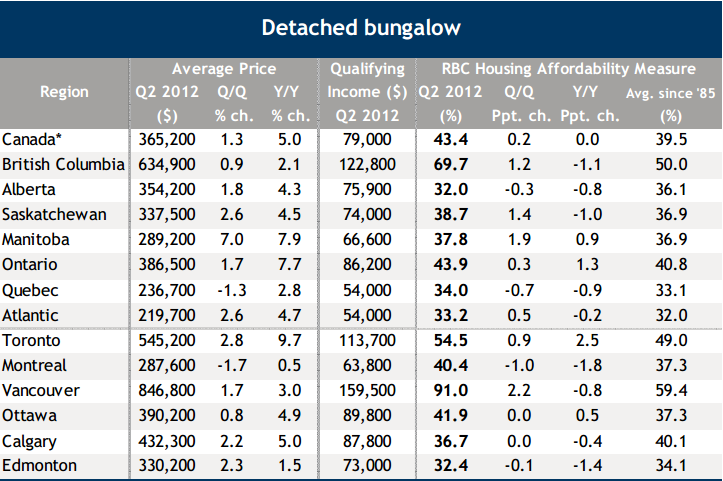 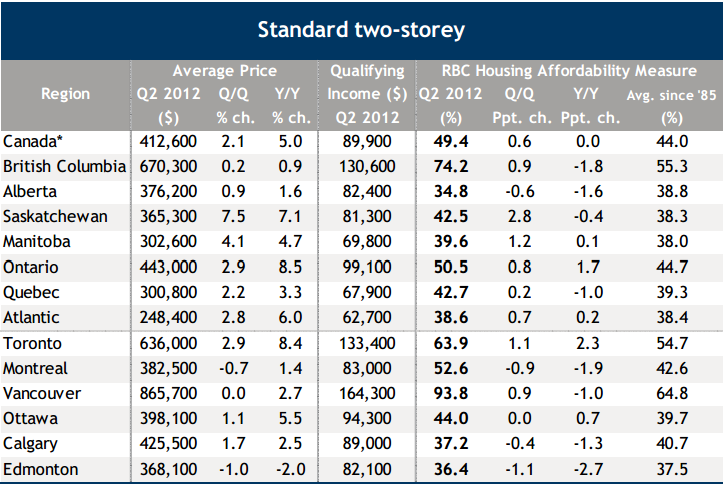 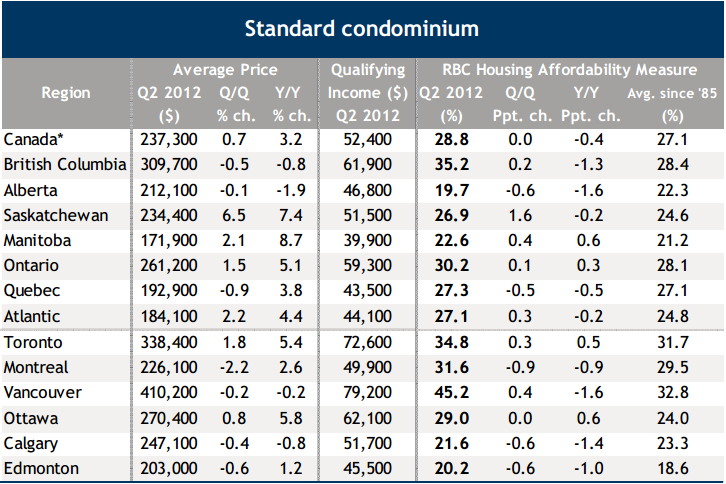