The latest RBC affordability index report indicates what we already know: Vancouver still remains the least affordable housing market in the country. The trend of condo and urban living will continue not only because it’s more affordable, but the younger generation is only now seeing the perils of suburban living.

Those that don’t want to live in a condo are choosing to leave Vancouver altogether. Further exacerbating the problem is that the pace of construction and the housing coming onto the market for the most part is catered to the high-middle class. Therefore, the lower-middle class housing options are rare.

Vancouver vs Calgary vs Toronto vs Montreal

Looking at the graphs below you can see that Vancouver’s percentage of household income (average) is approaching 90%. No wonder we don’t have any residual income and why the bars aren’t packed 5 nights a week. We simply don’t have the money to go out. This in part forms what we have defined to be the Vancouver Complex.

An excerpt from the RBC housing report:

With home resales slumping to levels 40% below their 10-year average by the third quarter of 2012, the question for the Vancouver-area market was whether activity was on its way to test the lows reached during the 2008-09 recession (57% below the 10-year average). While developments late in 2012 and in the first quarter of 2013 may not provide the definitive answer, they suggest that the market correction that began in earnest in 2011 may be close to its bottom in terms of home resales. The dizzying slide in resales in the area steadied in the latest two quarters. However, the price correction may not be over, despite recent signs of stabilization. Buyers continue to hold the upper hand in the area and market conditions are unlikely to tighten meaningfully in the short term. Extremely poor housing affordability in the Vancouver area still weighs heavily on homebuyer demand despite recent improvement, including in the first quarter of 2013 when most of the RBC measures declined slightly. 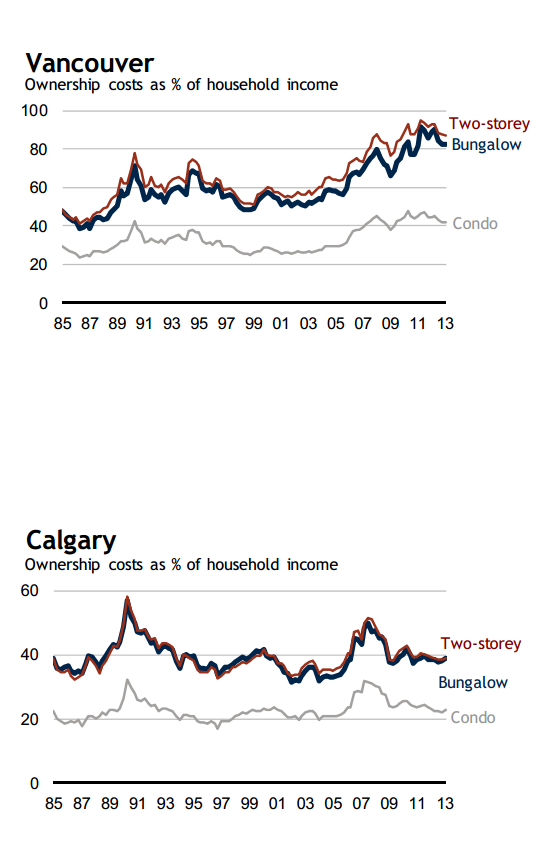 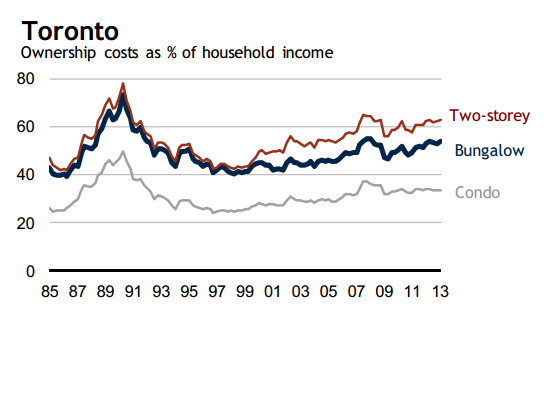 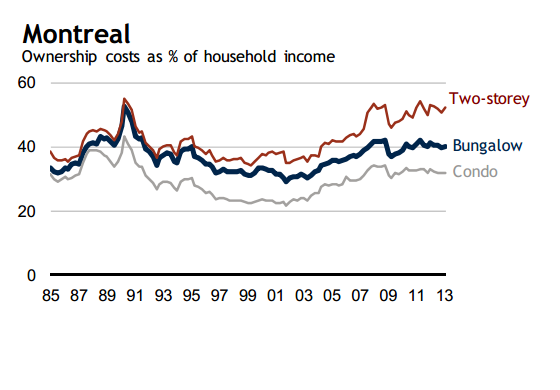 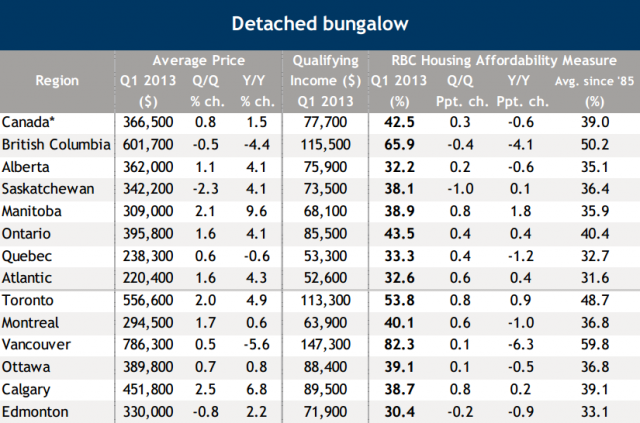 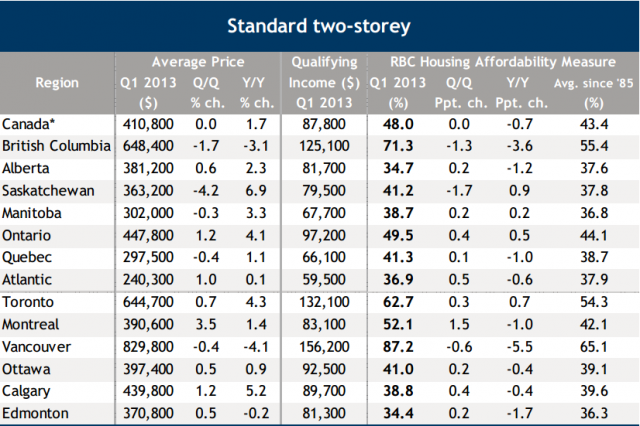 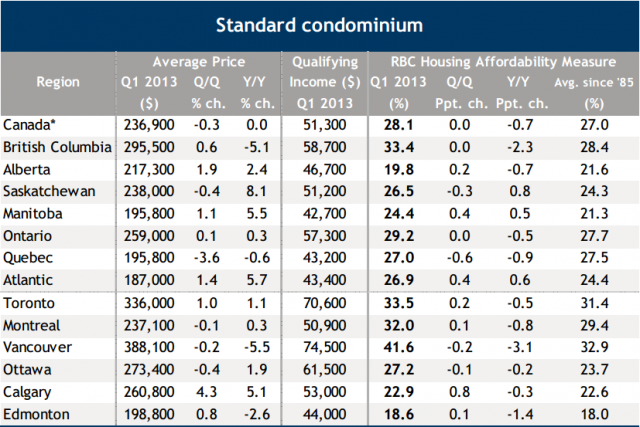