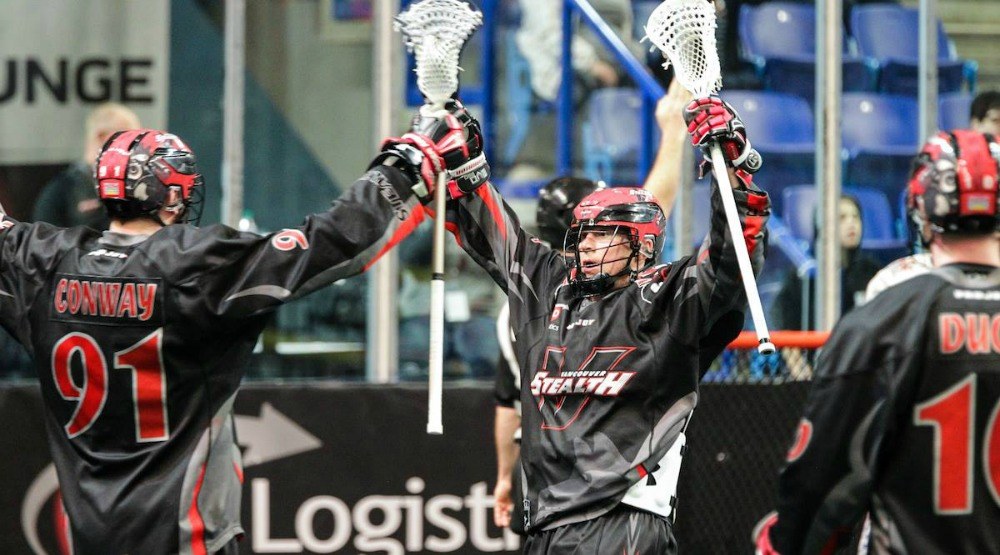 Hey look at that, Vancouver has a team in the playoffs.

Lacrosse playoff action is coming to the Langley Events Centre, after a big win by the Vancouver Stealth over the weekend.

Vancouver’s NLL team secured their first-ever home playoff game since moving to Langley after a 17-16 overtime win over the New England Black Wolves over the weekend.

“I am a little tired but super excited for this group,” said Stealth sniper Rhys Duch, who had three goals and seven points on Saturday. “The way this team is playing, the run we are on, we are creating Stealth fans in Vancouver and not just lacrosse fans. People are seeing what we are doing and they are getting excited. So, I challenge the Vancouver community to sell out the Langley Events Centre next weekend.”

This is the first time the Vancouver iteration of the franchise has reached the National Lacrosse League postseason, let alone hosted a playoff game.

The Stealth moved to Langley three years ago, making the Langley Events Centre their home and bringing professional lacrosse back to the province. Prior to relocating to Langley, the team had a three-year stint in Everett, Washington, where they won a championship in 2010.

The team will enter the postseason fray against the Colorado Mammoth, a team that the Stealth have had success over this season. Vancouver took three of the four match-ups against the Mammoth, including a win at the LEC just two weeks ago.

Both teams finished with identical 9-9 records during the regular season.

This season has been the most successful during the Stealth’s time in Langley. The Stealth finished last in their division in each of their first three seasons in Langley.

The West Division Semi-Final will take place on Saturday, with the winner moving on to play the Saskatchewan Rush.

Fans are encouraged to fill the LEC in black stealth gear, as part of team’s playoff “blackout.”