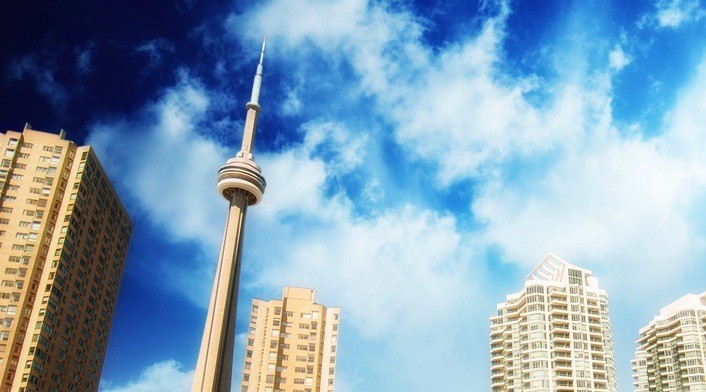 In the late 70’s and 80’s as Vancouver was going through one of its early wave of development booms, people were demanding affordable homes. (Seems to be a common theme). The market’s response, more accurately the builder’s & developer’s response, is to build something that gives maximum density for minimal work. Hence, the 2-storey boxy homes we now call Vancouver Specials were born. They were great for the time, but did you really expect a builder with a stock plan on a budget to give any thought to design or space planning?

Enter VictorEric Design Group. These homes have really become part of our modern heritage and city scene. There must be something enduring if they are named after our city. They have a good basis for structure and even have proper footings, something we can’t really vouch for in the early century heritage homes. The best part is that you can easily convert them to your dream home with the help of a good designer. With their integrated Design Build approach, they have made it their personal mission to beautify our city by transforming these Vancouver Specials to something that they should have been. Here is one recent transformation: 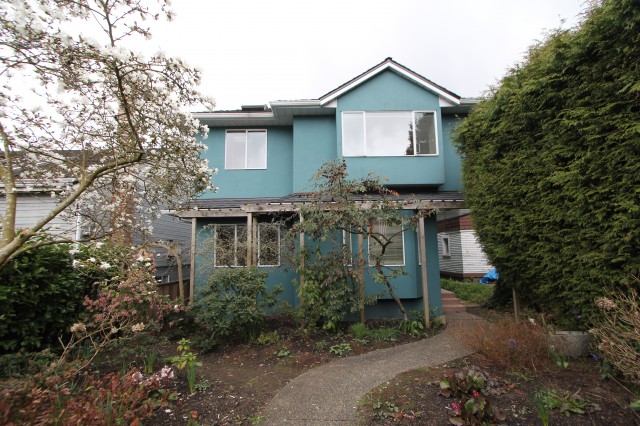 Imagine walking up to boxy mildew green home and not even knowing where the front door is. Once inside, you experience a chopped up hodge podge of rooms. Such was the case for this Vancouver Special before VictorEric Design Group executed their magic.

Besides the blandness of the architecture, the biggest problem was the lack of a front door identity. The door was inset far in so that you can’t even see it from the front until you turn the corner. 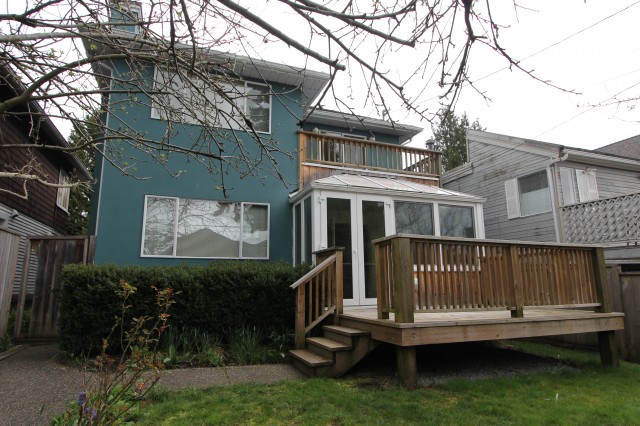 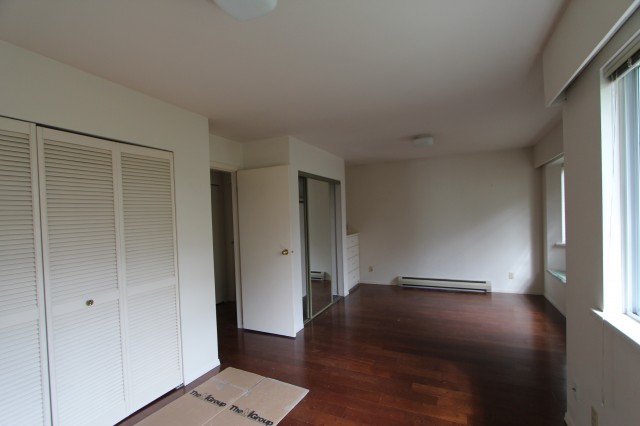 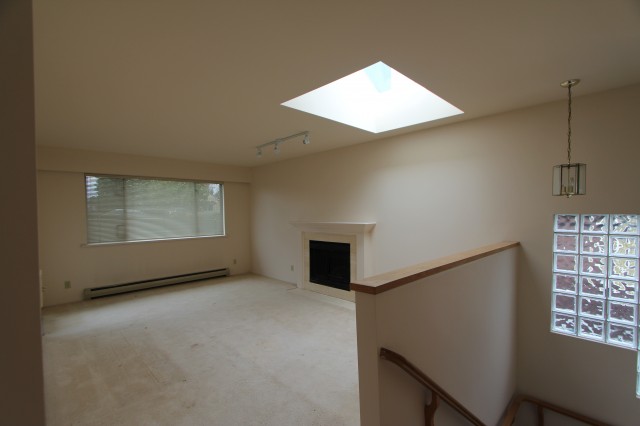 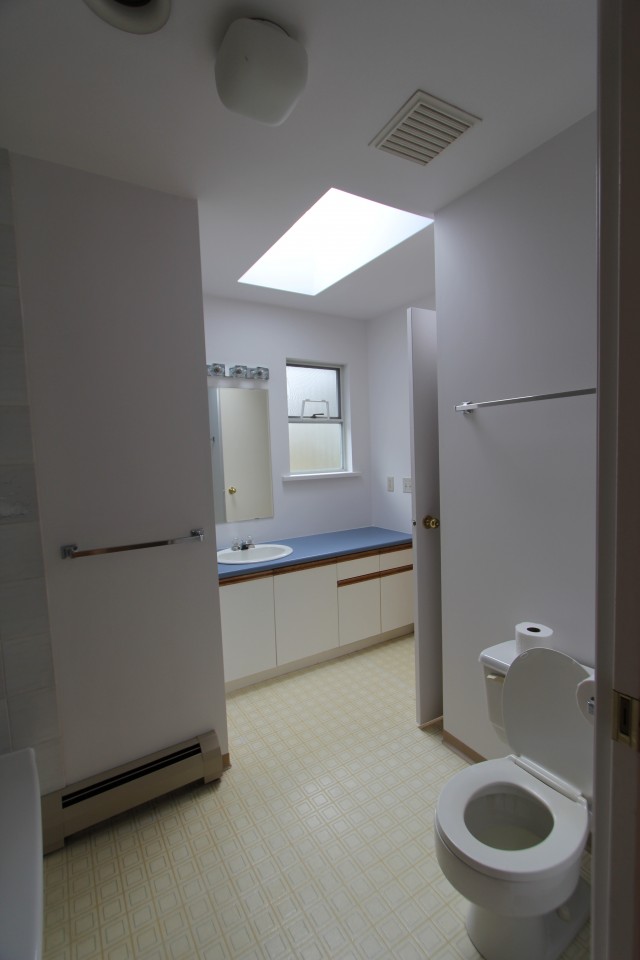 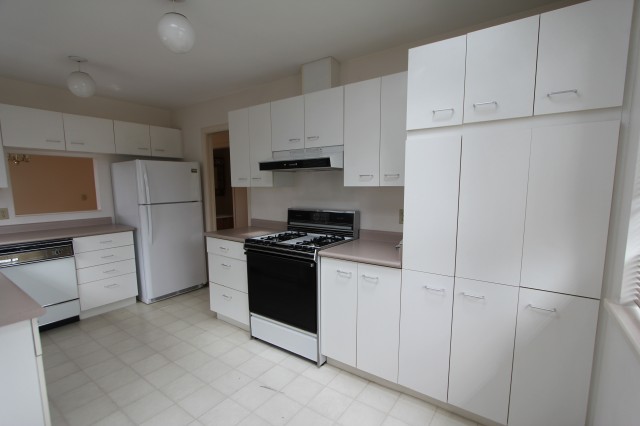 The old floor plan was chopped up into a two spaces on the main and 2nd floor each with their own kitchen, leaving a collection of scattered small rooms. The interior finishing was nothing more than painted walls, worn out carpet and 80’s styled ceiling lamps. It was in dire need of a complete re-plan and a major aesthetic face lift.

To create a much better flow, they got rid of one of the kitchens and amalgamated all bedrooms to the 2nd floor. This afforded a more open plan on the main floor for living and entertaining. The new kitchen is double the size of what the old one was and is anchored with a large island that serves double duty as an eating bar. The family room is right off the kitchen and serves as a great overflow space for parties where guests gather around the kitchen island.

The lure of a Vancouver Special is its economy and they’ve maintained that by moving the mortgage helper suite downstairs after we expanded the basement into the crawlspace. The efficient space planning allowed for a 2-bedroom suite and a theatre room for the upstairs unit. 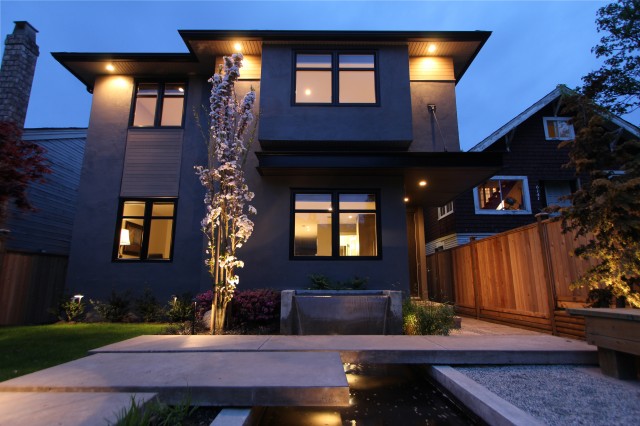 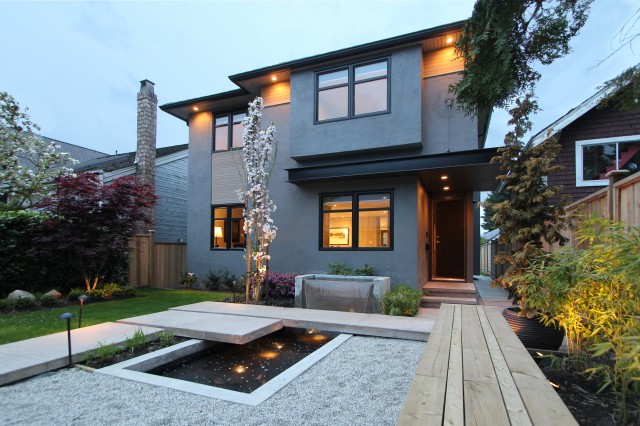 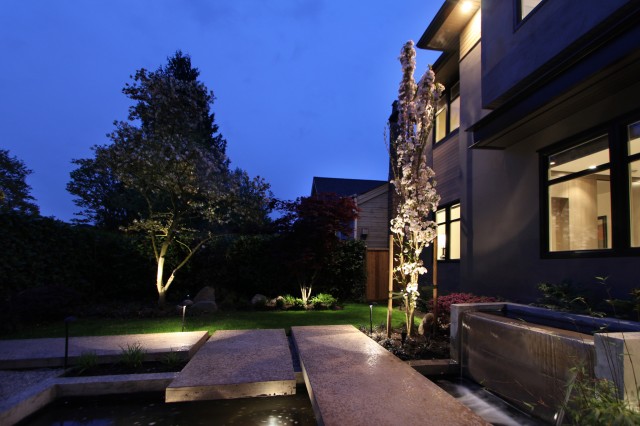 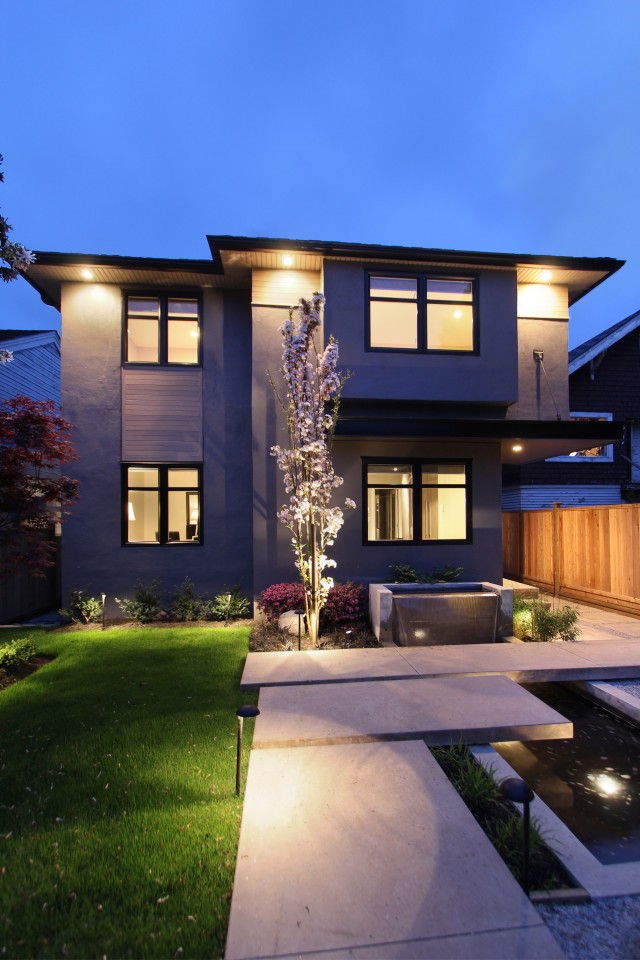 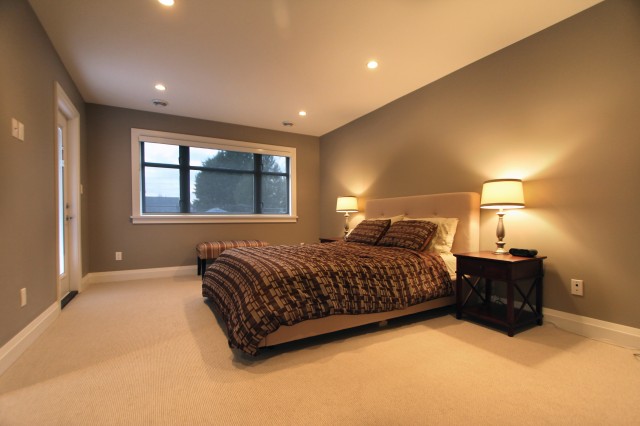 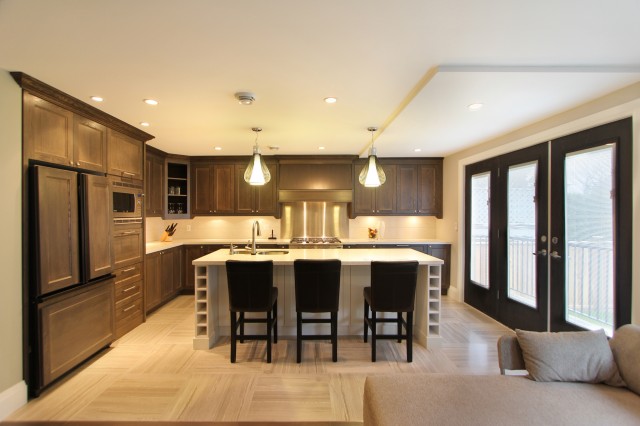 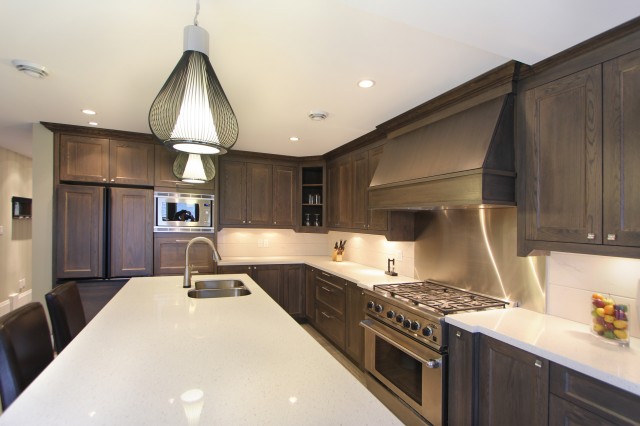 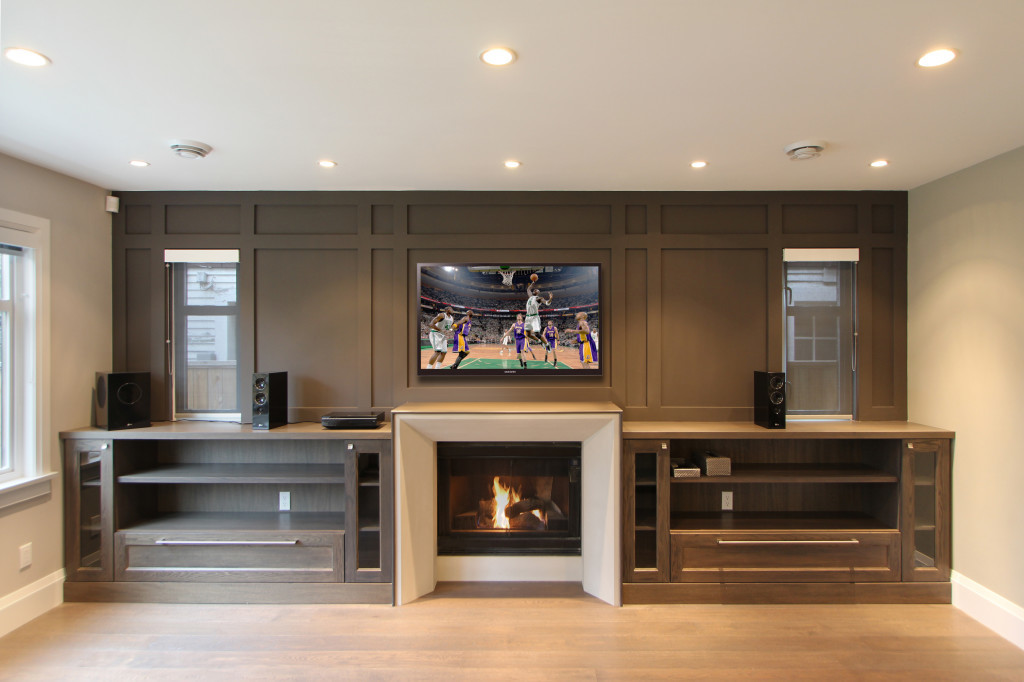 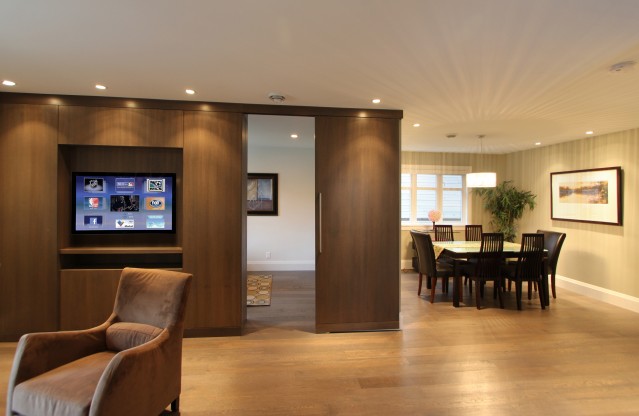 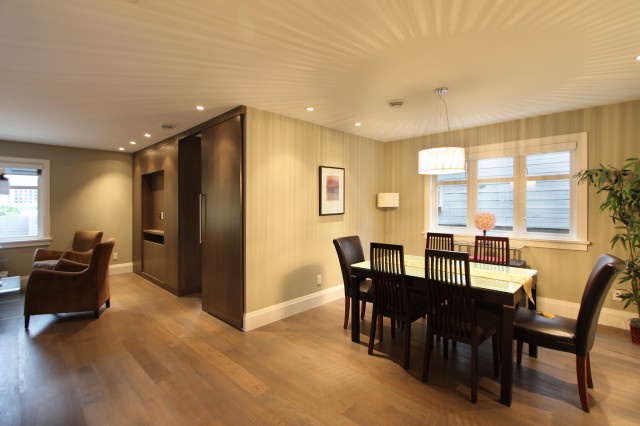 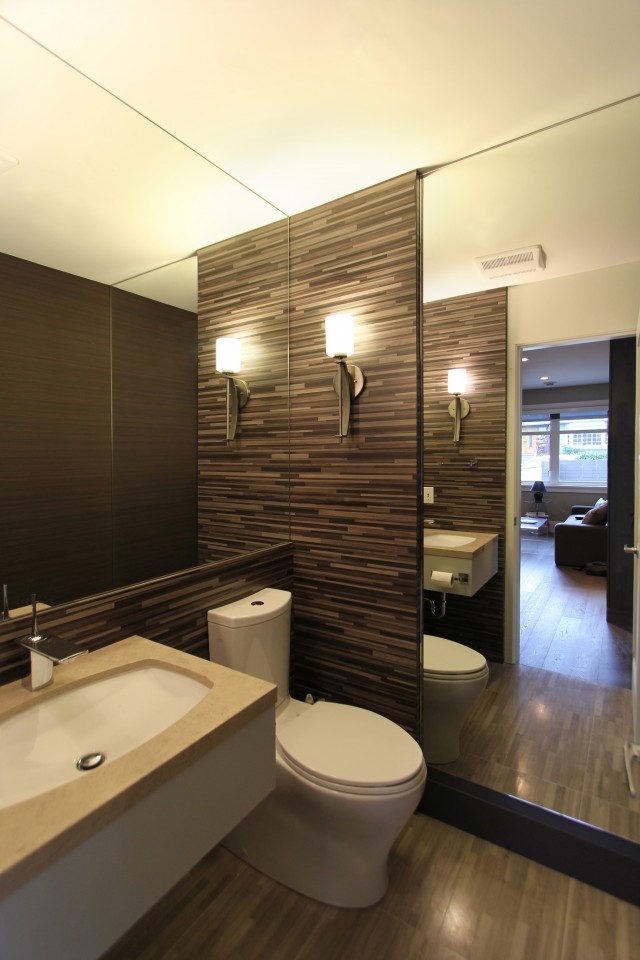 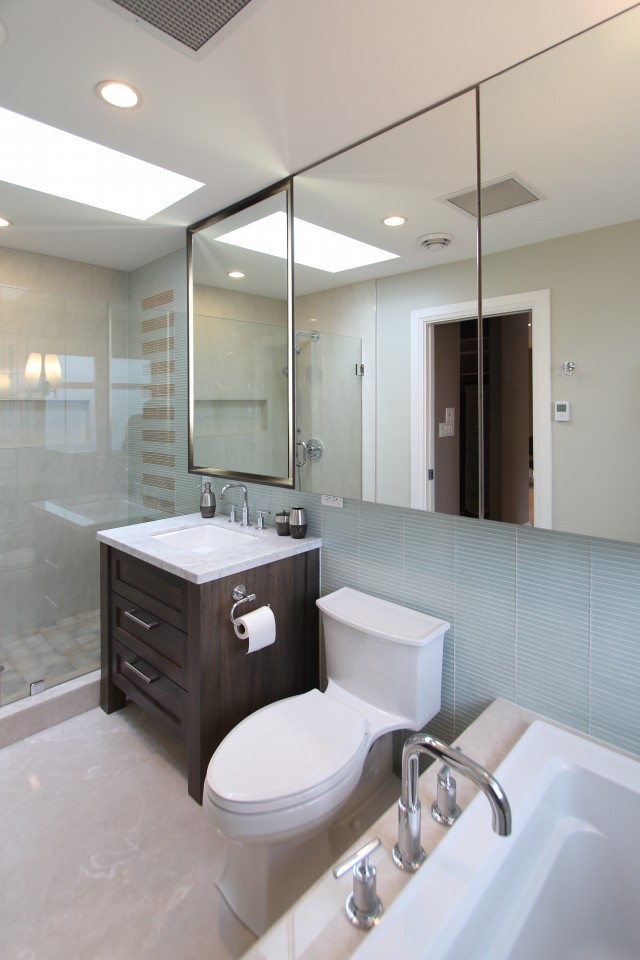 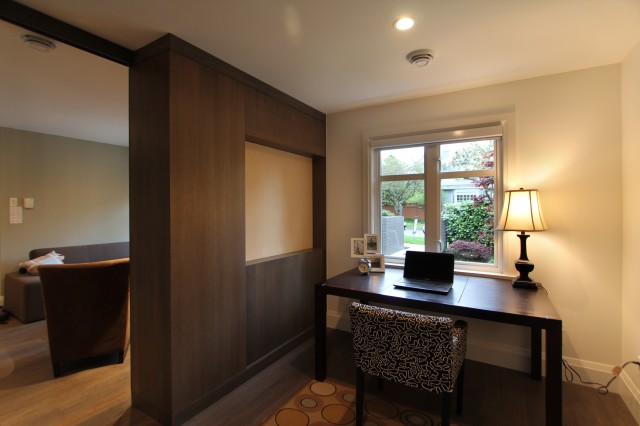