If you live in and around downtown Vancouver, There’s no doubt you saw the lights or heard the music from BC Place during Contact Music Festival on Dec 26th and 27th. Even If you don’t live near DT, the social media traffic from the two day 23,000 person event dominated facebook/twitter/instagram and blew all previous social media heavy events in Vancouver out of the water.

Just to put things in perspective: the #CelebrationOfLight is an annual firework show that draws a crowd of roughly 1.4 million people from the greater Vancouver area. The total pictures and tweets on Instagram and Twitter from the month long event is just under 4000. The total for #CONTACT2013? Just under 12,000 photos and tweets in the 2 days during the festival, and the 2 days following. That’s 23,000 people creating three times more social media traffic in 4 days than 1.4 million people in 30 days. 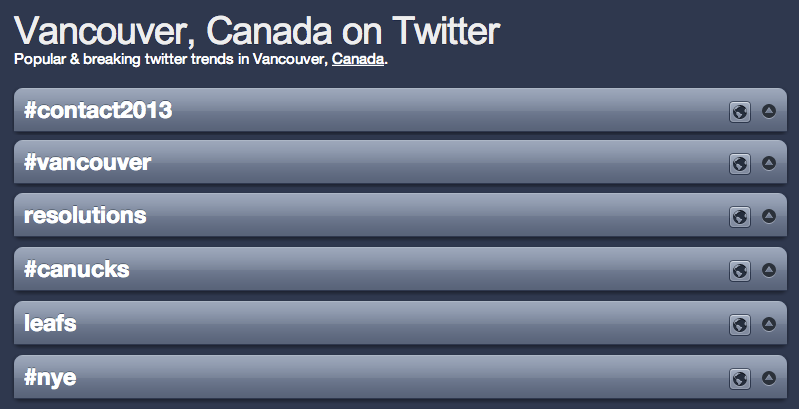 Take note Vancouver marketers, this is utilizing your social media program correctly. This wasn’t by accident. How did the organizers of Contact ensure this kind of social media reach? They did it by being the most active Twitter and Instagram account out of everyone in attendance.

During the festival, Contact + Blueprint Events’ social media teams monitored all hashtags that festival goers were participating in and responded to over 80 percent of them. That’s a staggering 9,000+ interactions across Instagram and Twitter in 2 days. In addition to the festival’s official and unofficial hashtags, the social media teams of course responded to all mentions and tags totaling over 300 tweets and 1000+ Instagram comments. Carpal tunnel much?

What can companies learn from this? With medium to large events where substantial community social media activity is expected, always make sure you have a dedicated team working around the clock. It is ‘social’ media after all. The result will be exponentially higher reach and discussion about your event and more importantly, a satisfied community.