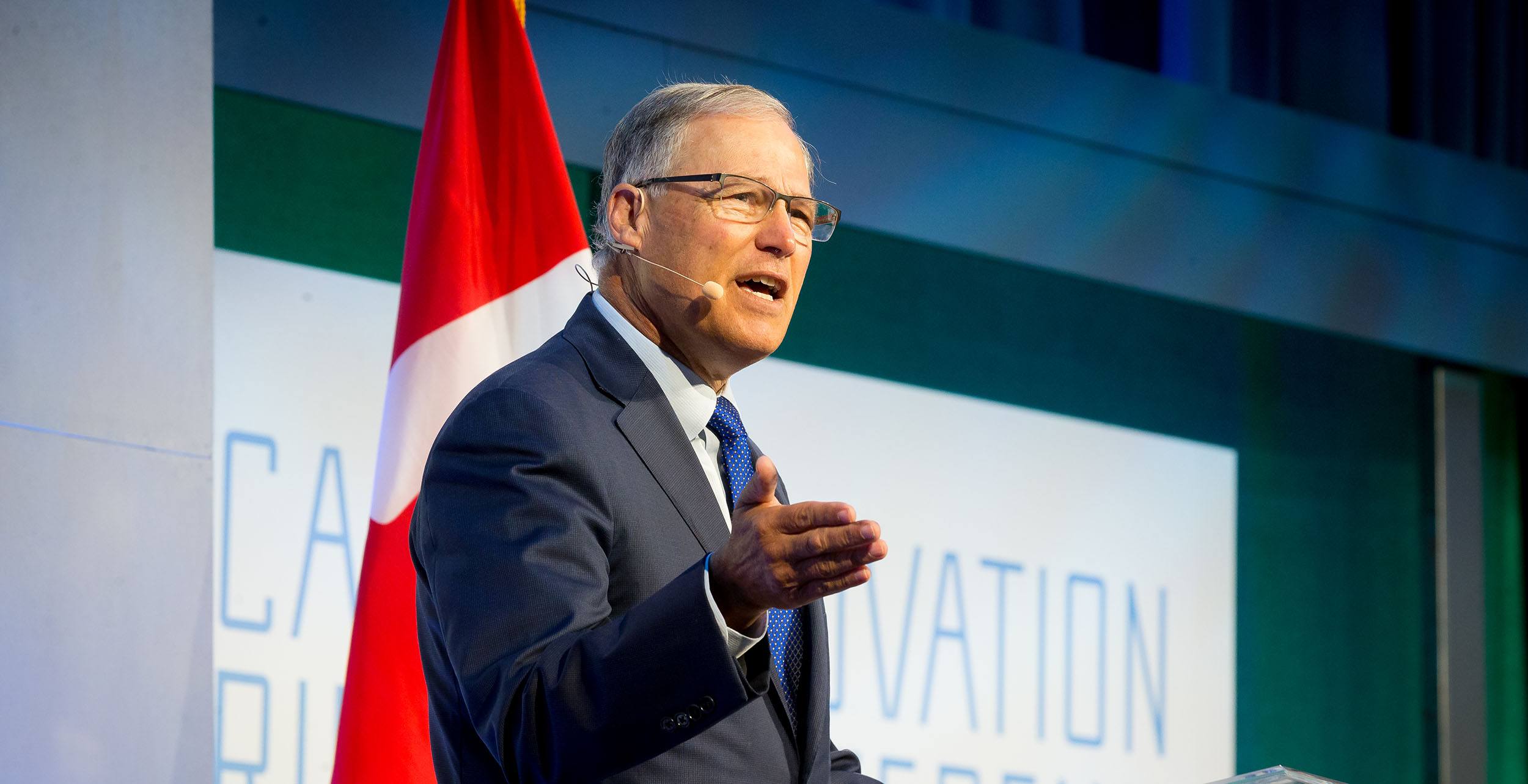 Washington State Gov. Jay Inslee wants to turn Vancouver and Seattle into a new Silicon Valley – but he’s worried about Trump’s impact on the tech industry.

Tech leaders and politicians from Washington and BC spent two days this week at the second annual Cascadia Innovation Corridor Conference in Seattle.

At last year’s meeting, former BC premier Christy Clark signed an accord with Inslee, committing their governments to work closely together on the project.

This year, Inslee gave a keynote speech, calling Vancouver and Seattle a “dynamic duo” of similar people with the border only an “artificial separation.”

But speaking to Daily Hive shortly afterwards, Inslee said the US President’s attempts to control that border could put the growth of the emerging tech hub at risk.

“There is obviously concern about some of the President’s attempts to disable our ability to use talent to grow our businesses in Washington state,” said Inslee.

“Some of the things in his travel ban would have prevented bringing very high level technology entrepreneurs into our state.”

Trump’s notorious travel ban temporarily barred anyone with citizenship of seven Muslim-majority countries from the US in January this year.

Amid the ensuing outrage, some North America tech leaders began helping US employees move to Vancouver. That migration appears to be continuing today.

However, in a shock turn of events at the time, Inslee sued the President and won, bringing a temporary halt to the ban, which was deemed unconstitutional.

Nevertheless, when you’re trying to build an environment in which tech startups know no bounds, the potential for more border clampdowns is worrying.

“Some of the things Trump has proposed would reduce our ability to grow our intellectual talent in our state which helps our businesses to grow,” said Inslee.

“We are concerned about those things.”

Vancouver to Seattle high-speed rail coming down the line 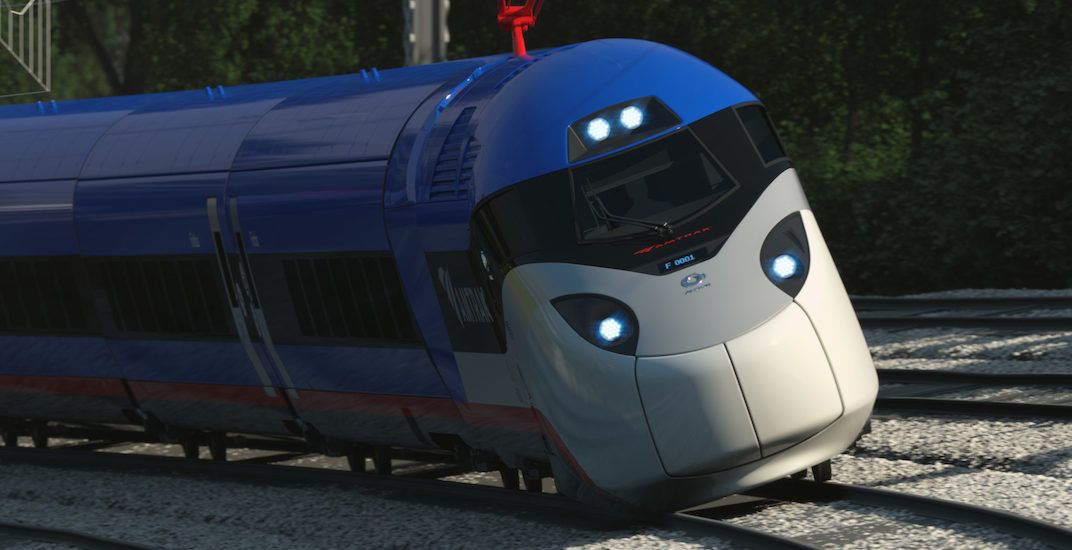 Whatever the White House thinks, the Cascadia Innovation Corridor is moving closer to reality, with Washington and BC making progress on a range of initiatives.

The most high profile idea is a proposal for a high-speed rail link between Vancouver and Seattle, an idea Inslee wholeheartedly supports.

Earlier this year, he commissioned a feasibility study to look into the potential for a high speed connection; that is set to report back in December.

“And when you expand your reach, using high speed rail, you can also reduce your housing costs… so it’s important to everybody.”

‘We’re not catching up – this is a new reality’

In Inslee’s speech to Cascadia conference delegates, he quoted hockey legend Wayne Gretsky, who said you have to skate to where the puck is going to be.

If a high-speed train is the puck, surely it flew past North America years ago – Europe and Asia have been enjoying the benefits of high-speed rail for decades.

But Inslee says North America isn’t catching up, so much as coming to terms with a new reality.

“When you think about the American experience, the West always looked limitless to us and we always thought there was more land to be developed and built upon,” said Inslee.

Europe and Japan had very dense societies with not a lot of land, says Inslee, meaning they needed very efficient, high-speed corridors.

“Now our densities are approaching those levels, we understand you really can’t build a lot more [car] lanes, there just isn’t enough room,” he said.

“It’s not that we’re culturally not as sophisticated…and I hate to ever say we’re second place to Europe or Asia.

“I’ll just say that our conditions now require us to use the technology, that we do understand, and we are starting to do that in many, many ways.”

Another initiative making waves is increased seaplane service between Vancouver and Seattle, which is being held up by federal customs issues in Canada.

“I spoke to Prime Minister Trudeau about that and he was very supportive and so we’re appreciative of that, so getting that finalized will be great,” he said.

“This is a really good investment for the federal government to expand this corridor and it’s like in a lot of things, early investment has long term dividends.” 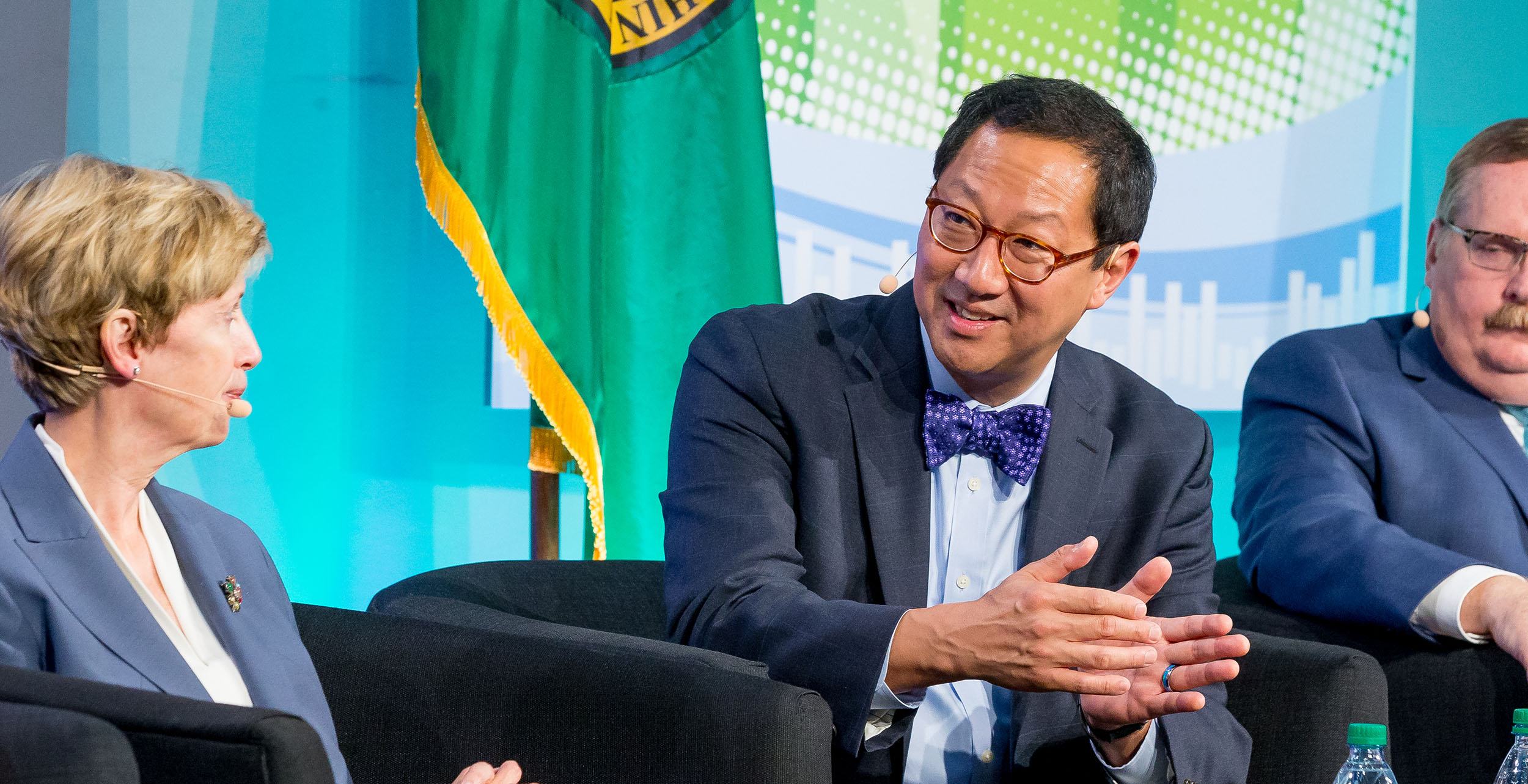 Inslee hasn’t been in touch with the new BC government yet, and BC Premier John Horgan could not be at the conference due to the budget debate in the legislature.

“We wanted to give the new government the ability to catch its breath and get everybody on board, but we’re looking forward to meeting,” said Inslee.

‘There’s a lot of ways we can help each other’

Overall, Inslee encourages everyone in Vancouver to support the Cascadia Innovation Corridor idea and to share their tech ideas, especially on climate change.

“We are moving forward on climate change…but we need another step and actually sharing some of the success of British Columbia with your friends in my state is helpful.

“So there’s a lot of ways we can help each other.”

It has been suggested one of those ways is for Democrat Inslee to run for US President in 2020 – but he simply remains on his guard where Trump is concerned.

“We’re involved in many, many issues now to try to ward off the damage that the current occupant of the White House has attempted to do to American values,” said Inslee.

“We’re fighting those on a daily basis.”