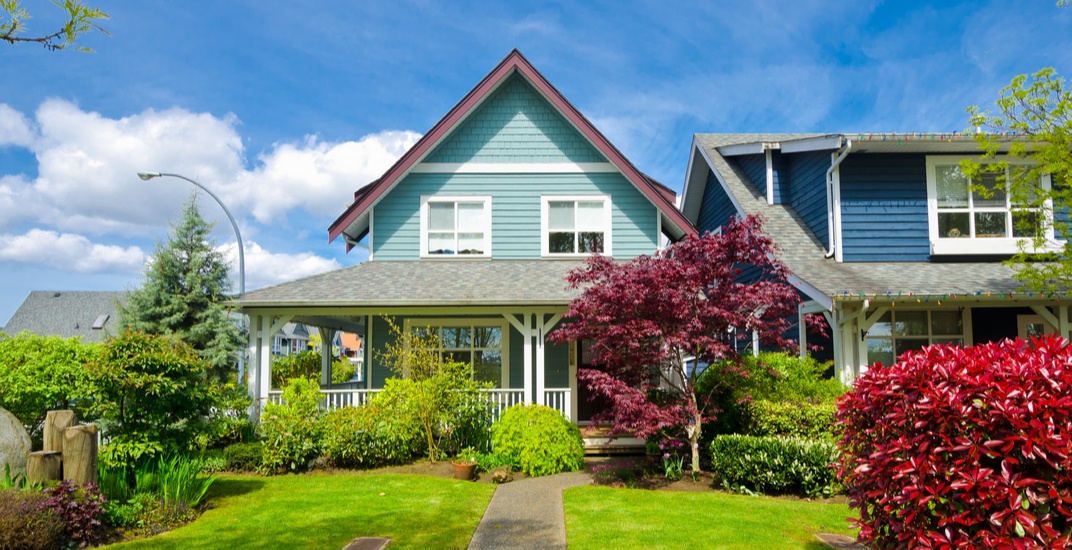 We all know it’s pretty impossible for most of us to buy a single family home in Vancouver – and now one mathematician has set his mind to discovering just who can afford it.

Jens von Bergmann, founder of Vancouver-based data analysis company MountainMath, has created a map where you can input your salary and see where you can afford to buy.

Here is that map – drag the slider to match your income and see single family homes become available for you to buy in green:

Von Bergmann’s calculations are based on you taking on a 25-year mortgage at 4% APR, and spending 33% of your income on paying that mortgage.

The mathematician told Daily Hive he decided to make the map because Vancouver City Council have been discussing changes to single family zoning.

“I was wondering who we zone all this land for,” said von Bergmann. “The only ownership option in the single family zone is to buy a single family home.”

“I made the map to better understand who exactly is afforded the option of ownership there and who is categorically excluded.”

According to von Bergmann’s map, you need to be earning $125,000 before single family home lots even start to become an option.

And even then, you have to be willing to engage in some “artisanal landlording”, and rent out an existing or newly created suite.

In a blog post about the map, von Bergmann explains that according to the census, 61,950 households in Vancouver make at least $125,000.

According to his map, those households have few options when it comes to buying a single family home here.

Once you hit $200,000, like 23,310 households in Vancouver, says von Bergmann, you may be able to afford a single family home without renting out a suite.

Von Bergmann also allows you to tax cheat the rent you would charge as a landlord if you factor in “artisanal landlording” on his map.

But even then, he writes, “a tax-cheating artisanal landlording $500,000 earning household still can’t touch the majority of the Westside.”

“If all else fails you can still take artisanal landlording to the next level and try to rationalize why renting out a suite on Airbnb is a good idea to increase your cash flow.”

“I don’t think people in that income group need special protection for their housing.”

“They will be able to afford a place to live irrespective of zoning. And that still does not answer that question for the West Side.”

Von Bergmann told us he thinks the map will resonate with many people that are “grappling with housing issues in Vancouver.”

“I am hoping that the visualization can help move the discussion from just being outraged at how expensive single family homes are, toward searching for new ideas how the 67% of Vancouver land that is currently zoned ‘single family’ can be transformed to again serve the needs of a much bigger portion of Vancouverites.”