Vancouver is the world’s second most unaffordable housing market, yet we have little to no regulations on who can own property in the city, including foreign investors.

The price of a detached home in Vancouver now sits at $1,197,600, a 20% increase over the previous year. The cause of the growing market is likely due to a number of factors, including investment from offshore buyers. The topic sparked controversy earlier this week when a Bing Thom study revealed 66% of homes purchased on Vancouver’s Westside went to Chinese buyers.

Vancouver isn’t the only real estate market in the world that’s facing tensions over foreign investment; a 2015 Demographia Affordability survey revealed Vancouver was just behind Hong Kong ahead of Sydney, San Jose and San Francisco for unaffordable homes. But what sets Vancouver apart from most of these places is our lack of restrictions on foreign investment.

An August 2015 joint study by the China Institute and the University of Alberta studied the issue of foreign real estate investment in Canada and abroad, and their findings included a breakdown of what restrictions exist around the world.

So how do cities like London, Hong Kong, San Francisco and Sydney tackle the issue of foreign investment?

Affordability: In 2015, Sydney, Australia was ranked as the world’s third most unaffordable housing market, behind Hong Kong and Vancouver.

Foreign investment policies: Australia has some of the strictest rules for offshore real estate investment, just put into place in the summer of 2015.  The Australian government admitted earlier this year that “some types of investment in residential real estate are contrary to the national interest” and put in place new regulations to curb foreign money from raising real estate prices – even though data on this issue is apparently hard to come by.

Under the new regulations, non-resident foreign investors are prohibited from buying established residences and can only receive permission if they are redeveloping or building new housing stock. Temporary residents need to first get approval from the government before they can purchase or build a residence. Once approved, temporary residents can only purchase one property and it must be used as their personal residence while in Australia. Once the property is no longer their primary residence, they are required to sell it within three months.

Though Australia has a long way to fall before it becomes truly affordable for most, analysts are predicting a slower-growth year, and possibly a slump, in 2016. Could this be due to the nation’s new foreign investment policies? 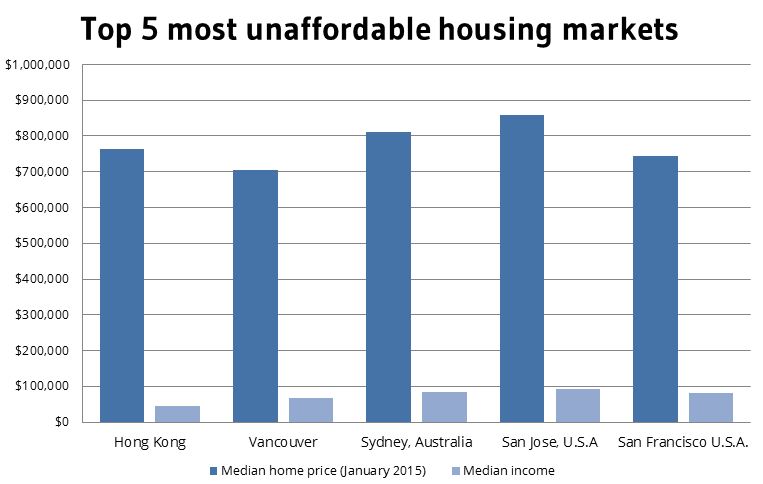 Affordability: Hong Kong is plagued with the title of the world’s most unaffordable housing market.

Foreign investment policies: Despite the high prices, Hong Kong has more foreign investment regulations than Vancouver, all of which were implemented between 2010 and 2013. Foreign buyers must pay an ad valorem tax on the sale or transfer of properties, starting at 1.5% of the property value and a 15% tax on the purchase of a property. Another 10 to 20% tax is levied to the resale of properties held for less than three years, which is supposed to discourage speculation or ‘flipping’. 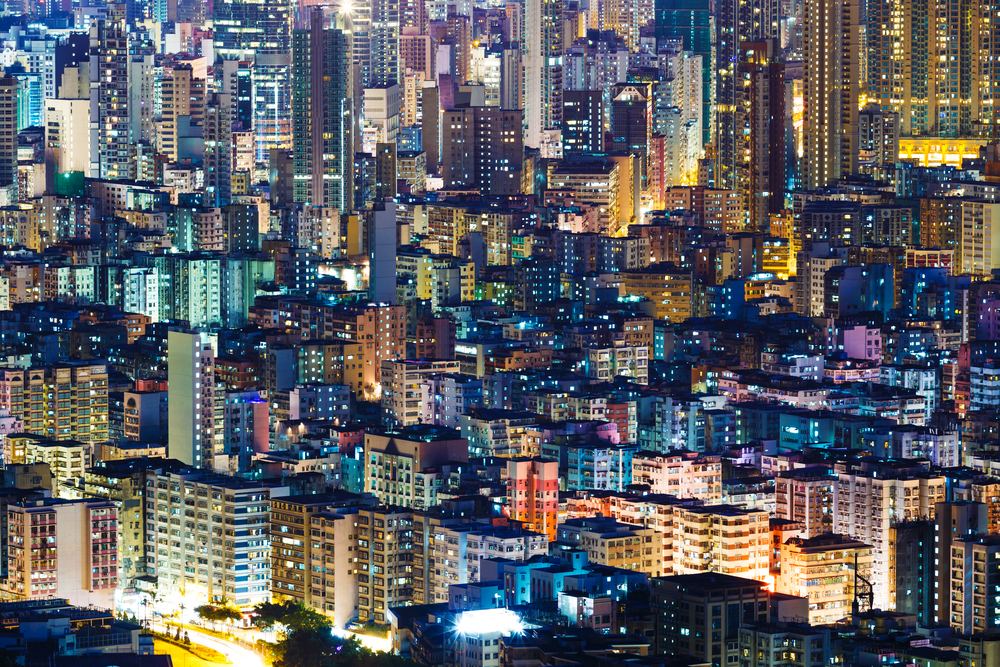 Due to its proximity to China, Hong Kong sees a lot of Chinese money enter its market, totaling $3.84 billion USD between 2008 and 2014. In response, Hong Kong also began to grow housing opportunities only available to Hong Kong residents. Two developments in the city were built with the condition that homes would be only be sold to domestic buyers for the first 30 years.

But debates persist, mostly arguing that the taxes are not enough to deter foreign investors and that they willfully swallow the extra costs. Even after the taxes were introduced, housing prices continued to rise.

Affordability: San Francisco, California was named the fifth most unaffordable housing market in 2015, just behind its sister-city San Jose. The city and surrounding area is unique for its booming tech industry that often offers high-paying jobs for some of the world’s biggest companies, like Facebook and Google.

Foreign investment policies: Offshore real estate investment in the U.S is lacking many regulations, except in cases of national security, and so the country is a hot destination for foreign money. The National Association of Realtors reported that $104 billion USD in residential sales between April 2014 and March 2015 went to foreigners. China is the biggest source of offshore investment and surpassed Canada for the first time in 2013. From 2014 to 2015, residential transactions from Chinese investors accounted for $28.6 billion. 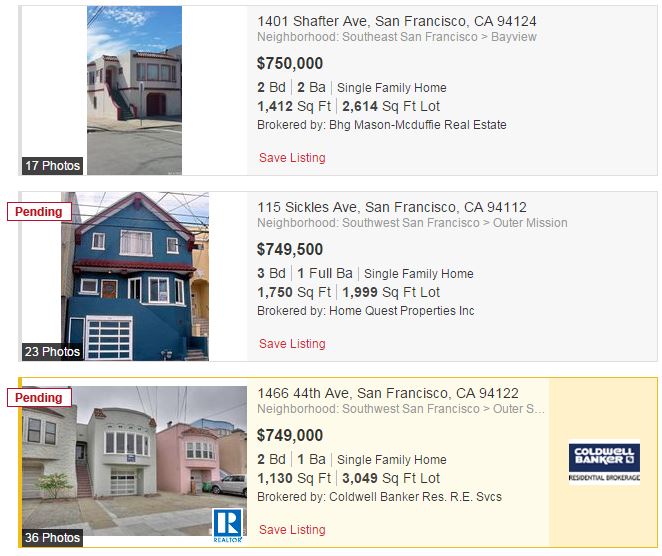 Rather than dissuading foreign investment, the U.S. actually encourages it with their Immigrant Investor Visa program which offers green cards to foreigners who invest at least $500,000 into one of several ‘Targeted Employment Areas’. While personal residential property does not qualify as one of these investments, 8,500 Chinese out of 10,000 people overall used the program to obtain visas in 2014.

But the U.S.’s tax structure does make owning a property as a foreigner more expensive than in Canada. International home owners who rent out their properties must pay a 30% gross revenue tax each year. Those living in their properties for part of the year may be deemed a U.S. resident if they spend too much time there and will have to pay taxes on all their income earnings to the U.S.

Affordability: London, England is one of the world’s most unaffordable housing markets and came in seventh place in Demographia’s 2015 survey.

Unfortunately for those looking to get into the property market, the UK’s foreign real estate investment policies currently only belong in think-tank proposals and the country allows foreign investors to purchase both residential and non-residential properties without restrictions.

A 2014 Civitas Institute study revealed some much-needed data on foreign investment in London real estate. Researchers David Green and Daniel Bently reported that “billions of pounds of overseas money” is entering the London residential market each year. The Savills real estate agency says £7 billion of foreign money was spent on luxury London homes in 2013, and only 20% of all “prime property purchases” went to people living within the UK.

In winter 2015, however, a tax loophole was closed to ensure foreign investors pay a capital gains tax of up to 28% on the sale of property. While not enough data is available to tell if this affected the real estate market, June 2015 saw the largest decline in UK housing prices in nine months. 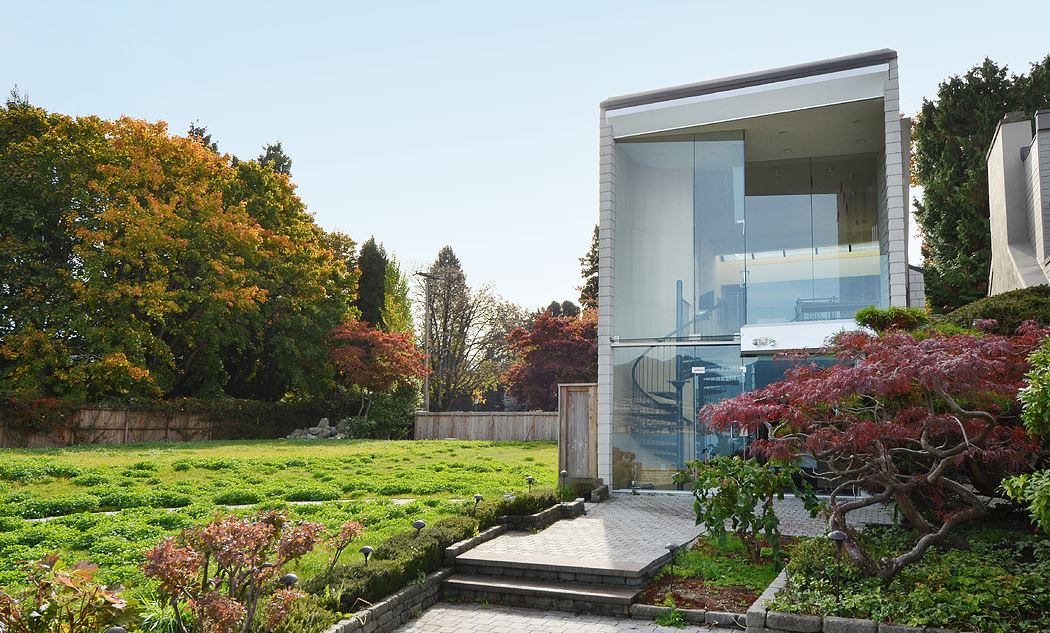 Affordability: Is the world’s second most unaffordable housing market.

Foreign investment policies: Presently, there are no restrictions on purchasing real estate in Canada by non-Canadians, except on public land, agriculture land and in Prince Edward Island. However, provinces are allowed to implement their own regulations on foreigners buying real estate. Despite Vancouver’s place as second most unaffordable housing market in the world, the British Columbia government has not enacted any changes to curb foreign ownership or collect data on the issue. In this sense, our region is far behind the countries listed above that also struggle with unattainable home-ownership.

Do you think that Vancouver needs to do more to address foreign investment? Let us know your thoughts in the comment section below.